Chu Ja Hyun and Yu Xiao Guang, who legally married in January 2017, finally held their wedding ceremony on May 29 at the Grand Hyatt Hotel in Seoul.

The couple planned the wedding in accordance with the first birthday of their son Ba Da. In order to thank people who helped them along the way, Chu Ja Hyun paid special attention to the wedding preparations while Yu Xiao Guang handwrote the Chinese calligraphy for luck on each thank you card.

The first part of the wedding was filled with congratulations from family and friends, accompanied by laughter and tears. Comedian Byun Ki Soo was the MC of the wedding, and the ceremony was simultaneously interpreted in Chinese. Yu Xiao Guang was teary even before walking down the aisle, and the bride burst into tears as soon as she entered. After the groom’s father gave the congratulatory message, the couple exchanged vows. 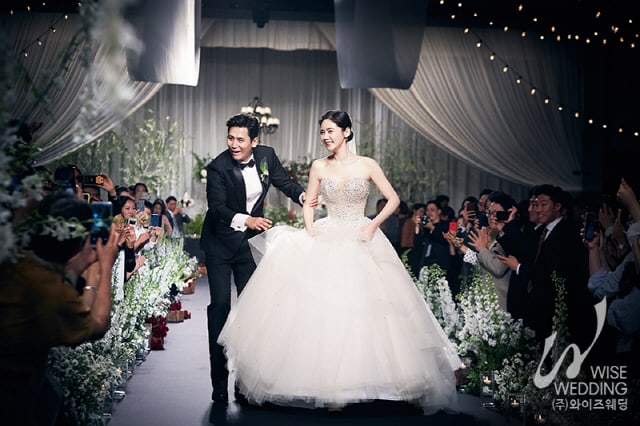 Chu Ja Hyun surprised her husband by emotionally reading out loud a letter that also made Yu Xiao Guang cry. After the letter, the groom got on one knee to propose, and the couple exchanged rings. Baek Ji Young concluded the first part of the ceremony with Han Dong Joon’s “I Love You” (literal title). 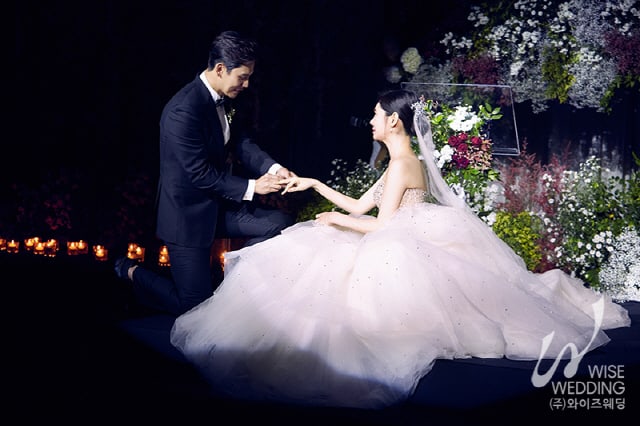 The second event of the day was Ba Da’s first birthday party, which kicked off with a video of the baby. He entered the venue in a walker alongside Chu Ja Hyun and celebrated his birthday with a cake cutting ceremony and doljabi (Korean ceremony where the baby chooses an item that is believed to predict the baby’s future).

Chu Ja Hyun and Yu Xiao Guang will be residing in Korea for the time being and will promote by traveling back and forth between China and Korea. 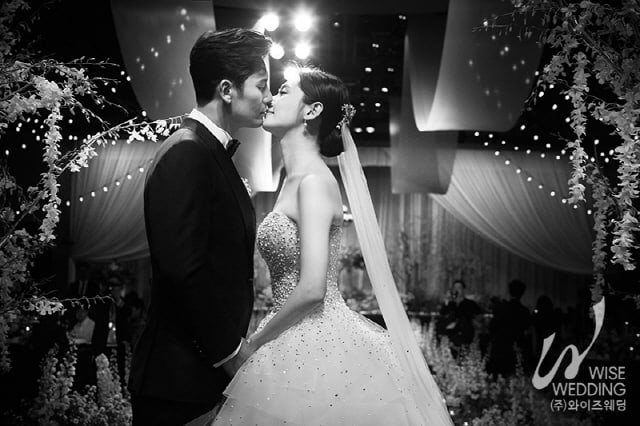 Chu Ja Hyun
Yu Xiao Guang
How does this article make you feel?