Kim Dong Jun has shared his thoughts on his upcoming political drama with Lee Jung Jae and Shin Min Ah!

The ZE:A member will be starring in “Advisor” (working title), a new JTBC drama about the high-stakes maneuvering by the power players in politics that goes on behind the scenes. Kim Dong Jun will be playing the role of the enthusiastic and hardworking intern Han Do Kyung, who dreams of becoming president one day. Despite having a bit of a bumbling side, Han Do Kyung knows how to speak up when necessary, and he is both patient and fiercely determined.

He continued, “While acting together with the senior actors, I’m learning more about how to properly convey emotions while acting and hearing more helpful advice about becoming a better actor than I ever have before.”

Kim Dong Jun also described his character with affection, commenting, “The more I learn about the character Han Do Kyung, the more I think of him as the kind of person we can find close by—a person who’s always doing his utmost, working hard, and living his life as an upstanding citizen.” 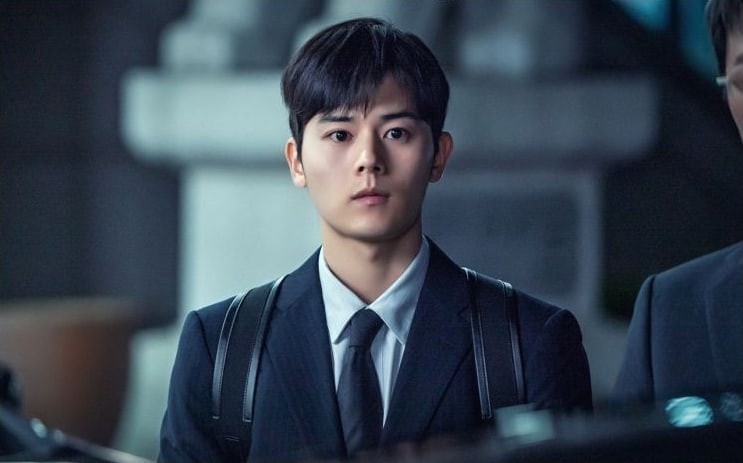 The idol-turned-actor went on to share that he had noticed many similarities between Han Do Kyung and his younger self. “While playing Han Do Kyung, I was frequently reminded of my trainee days and the period of time right after I debuted,” he said, pointing out that he had shared the same competitive streak, persistence, and refusal to give up.

The ZE:A member also revealed that he had gone to great lengths to do research for his role in “Advisor.” Not only did the star seek out real-life interns to speak to them about their experiences, but he purposely rode the subway at rush hour and even went to the National Assembly members’ offices to study the expressions of those who worked there.

Kim Dong Jun explained, “I consider my experience as an idol extremely valuable, but I’d like to reinvent myself as an actor who acts sincerely.”

He went on to share his hopes for his upcoming drama, revealing, “Through ‘Advisor,’ I’d like to go from a rough stone to a polished gem, and I’d like to hear that I’ve developed into an actor who acts naturally.”

Finally, Kim Dong Jun remarked, “Please don’t miss out on seeing Han Do Kyung, the high-energy son of a dry cleaner, start out as an intern at the office of a National Assembly member before facing unexpected incidents and growing as a person. Please also show a lot of interest and anticipation for the many charms of the diverse array of characters.”

“Advisor” will premiere on June 14 at 11 p.m. KST. In the meantime, check out a teaser for the drama here!