Trainee trainee on the wall, who’s the fairest of them all?

On the May 31 episode of Mnet’s “Produce X 101,” the contestants momentarily put competition aside to fanboy over some of the most handsome “visual center” trainees.

TOP Media’s Kim Woo Seok and Jellyfish Entertainment’s Kim Min Kyu were the top two nominees. Hearing this, Kim Woo Seok said, “Really? I love you guys.” Maroo Entertainment’s Lee Tae Seung explained, “He has this aura that says, ‘I’m the top out of 101 people.'” Other trainees chimed in with praises about how good he looks no matter what he does, his small face, sharp nose, cherry lips, and even likened him to an anime character or a prince.

About Kim Min Kyu, Kiwi Media Group trainee Kim Hyeong Min said, “I’ve never someone who looks as classy as him.” Other trainees called him a “face genius” who looked as if he had popped out of an anime with beautiful eyes and a beautiful nose. They added that he looks even sexier and hotter when he dresses up.

As a result, Kim Min Kyu was named the top “visual center” of “Produce X 101.” The Jellyfish Entertainment trainee commented in disbelief, “Me?” Really?” Wow, I was chosen? No way. Thank you.” 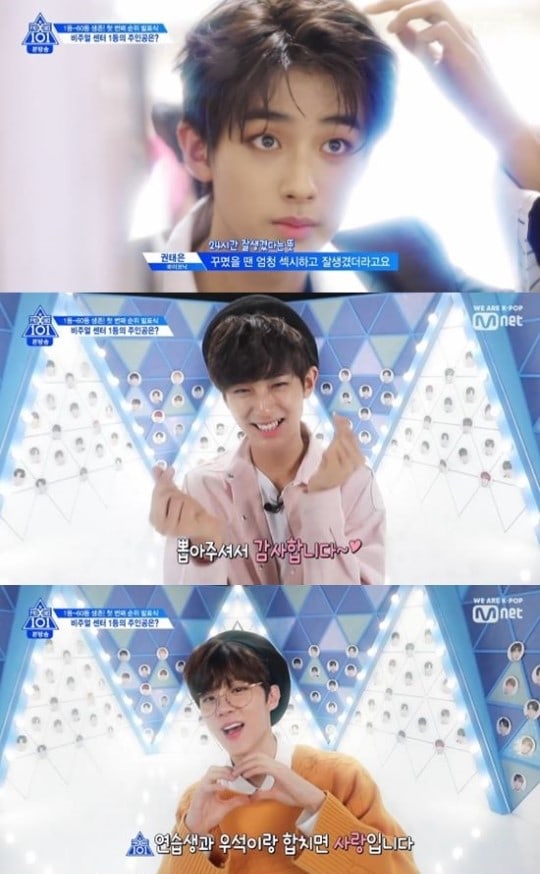 OUI Entertainment’s Kim Yo Han came in third, and he commented, “I’m suddenly about to be in a good mood.” Maroo Entertainment’s Lee Jin Woo said, “I don’t know if it’s because he did taekwondo, but he’s a bit cool,” and even copied some of his moves. 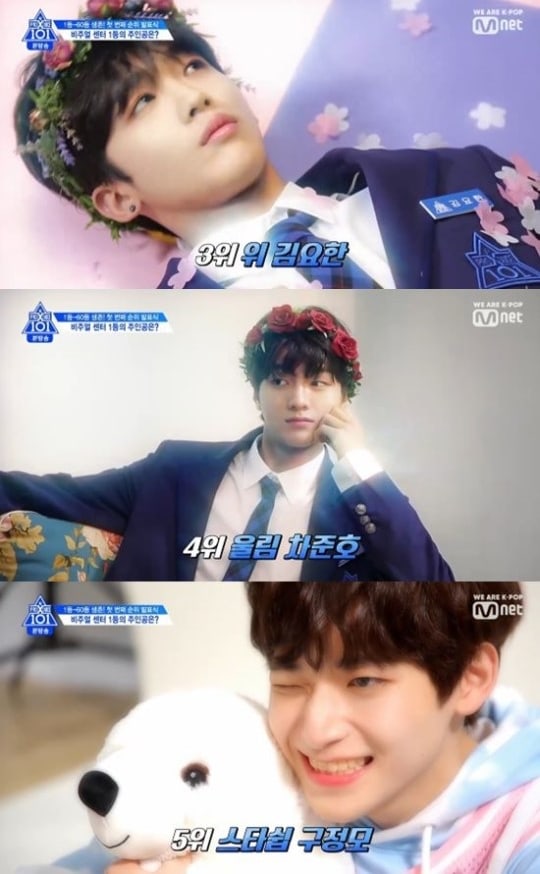