The drama, which stars Lee Jung Jae and Shin Min Ah, is about the real political players that influence the world through the shadows. A talented advisor named Jang Tae Joon (Lee Jung Jae) is on his way to holding real power in his hands, and Kang Sun Young (Shin Min Ah) is a newly appointed Assemblywoman and spokeswoman of her party.

In the new poster for Shin Min Ah revealed on June 1, the actress embodies the strength and charisma of her character. She’s not the least bit apologetic for her talent and ambition and puts all her effort into reaching the position that she desires. The poster reads, “Six grams of ambition, six grams the cost.”

A source from the drama production said, “Just like Kang Sun Young, Shin Min Ah puts all of her passion into her character on set. The transformation is in all aspects, from her style to her aura, tone, expressions, and mannerisms.” 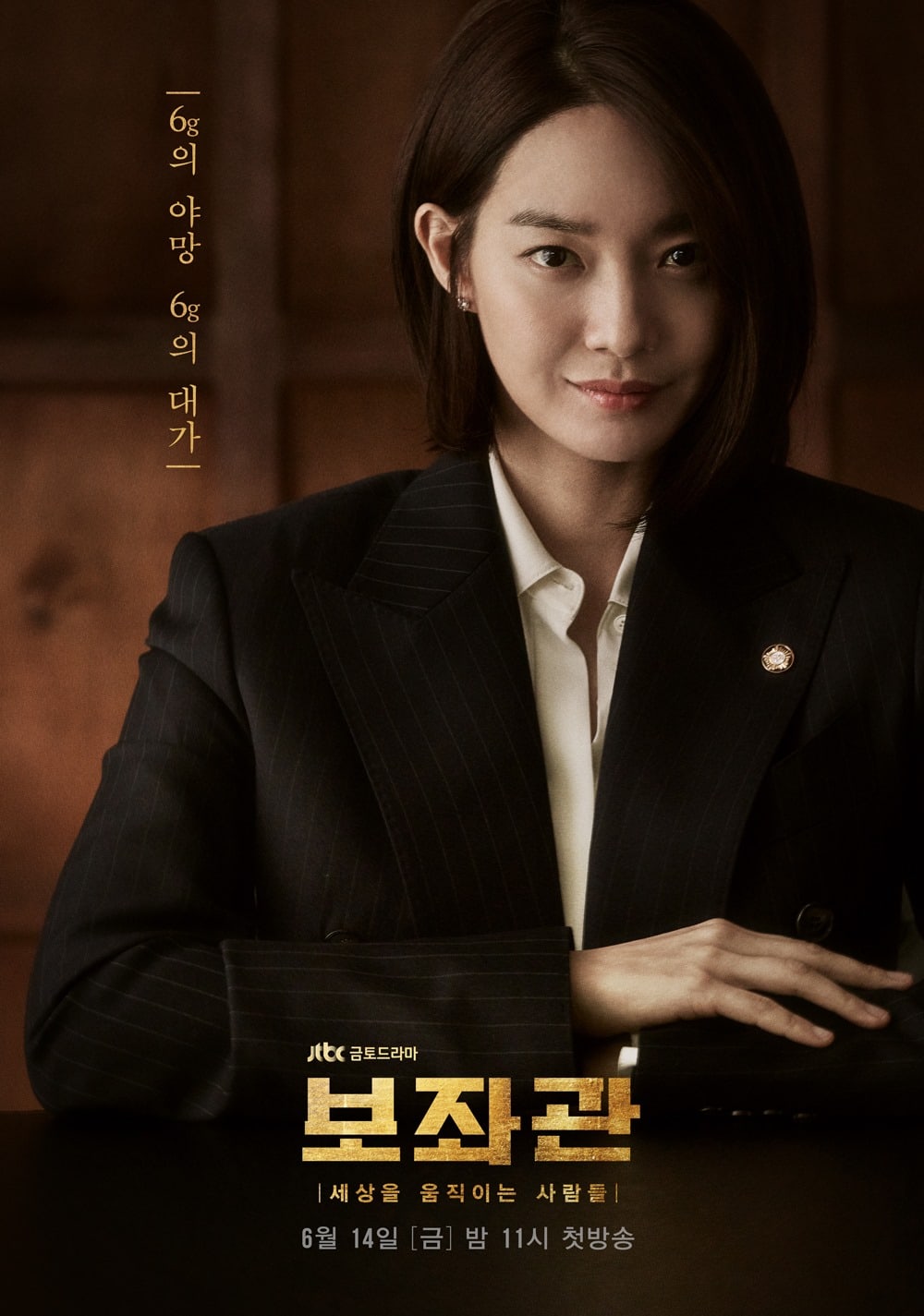