Actor Yeon Woo Jin will be transforming into a suspicious part-time worker for his new drama.

KBS2’s upcoming Monday-Tuesday drama “I Wanna Hear Your Song” is a mystery romantic comedy about a timpanist who has lost all memories of the day a murder case occurred and her journey to recover the truth as she meets a mysterious tone-deaf man.

On May 31, the drama released new stills of Yeon Woo Jin as Jang Yoon, a guest pianist who dramatically joins the orchestra. In the photos, Yeon Woo Jin disdainfully stares at something and then uses a jackknife to cut an apple and feed it into his mouth. His questionable behavior piques curiosity about his new character. 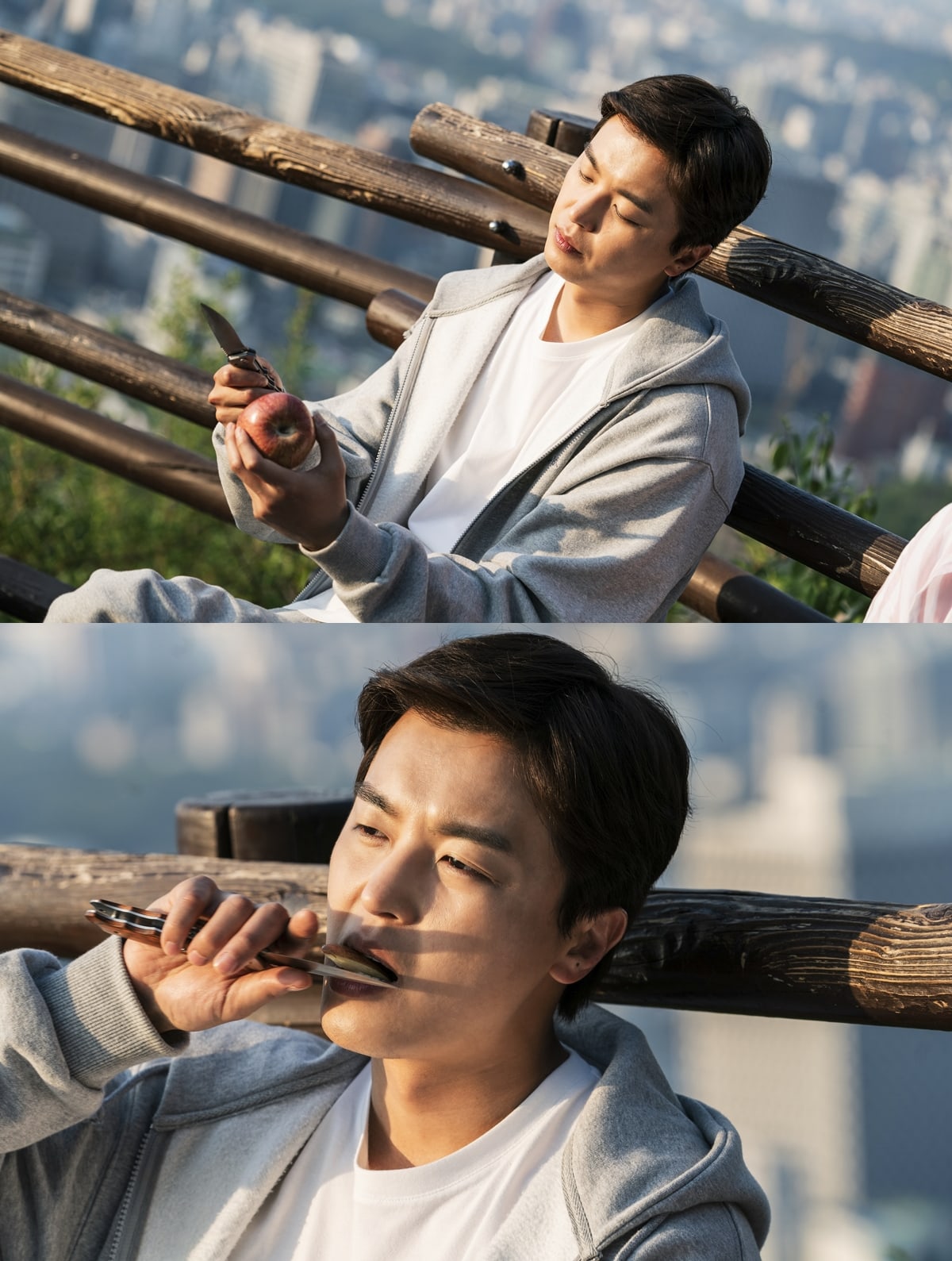 “I Wanna Hear Your Song” is set to premiere on July 29.