On the latest episode of “Angel’s Last Mission: Love,” Lee Yeon Seo (played by Shin Hye Sun) found herself opening up to Dan (played by INFINITE’s L). The frosty, jaded ballerina came to see the angel’s sincerity as he stayed by her side to take care of her, and she also felt immense gratitude to Dan for helping her learn to walk again.

Thinking that Dan had feelings for her, Lee Yeon Seo declared that she would grant his wish and attempted to give him a kiss on the cheek. However, Dan unexpectedly ended up kissing her on the lips instead.

On June 1, “Angel’s Last Mission: Love” released new stills of L and Shin Hye Sun filming the scene that set so many viewers’ hearts aflutter. Even when the camera isn’t rolling, the chemistry between the two stars is palpable—one photo shows L affectionately patting Shin Hye Sun on the head, while another captures the co-stars giggling shyly between takes. 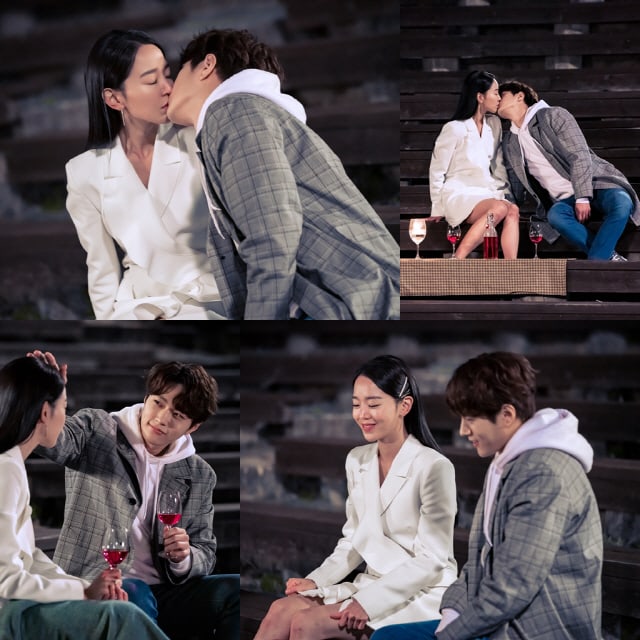 According to those present on set, L and Shin Hye Sun carefully discussed how to best act out the scene and its emotions before filming. The producers of the drama remarked, “Shin Hye Sun and Kim Myung Soo [L’s given name] both immersed themselves into their respective characters and lost themselves in the emotions of the scene. They were very focused as they filmed [the scene].”

They added, “Thanks to the two actors, who meticulously shared their opinions so that they wouldn’t miss a single detail, I think we were able to create a pure and beautiful romance scene.”

Were you surprised by the kiss between Dan and Lee Yeon Seo? Leave your thoughts below!

If you haven’t seen it yet—or even if you have!—you can watch the latest episode of “Angel’s Last Mission: Love” here: