3 Things To Watch For As “Arthdal Chronicles” Makes Its Premiere

The new weekend drama will be set in the fictional land of Arthdal and tell the story of people who follow their destinies and fight to become legends. The drama is highly anticipated for its world building, stellar cast, and amazing visuals.

As “Arthdal Chronicles” is set in a fictional land with its own history and cultures, it may seem difficult to follow at first. Screenwriters Kim Young Hyun and Park Sang Yeon stated, “Basically, the entire story centers around four people, Ta Gon (Jang Dong Gun), Eun Seom (Song Joong Ki), Tan Ya (Kim Ji Won), and Tae Al Ha (Kim Ok Bin).” The drama will follow the story of power, sacrifice, and battle from the perspective of these four individuals, and it will be one that resonates with any viewer. During the press conference, Song Joong Ki stated, “‘Arthdal Chronicles’ deals with issues around politics, religion, and society that can be found in any and all generations, so I believe anyone, even our foreign viewers, will be able to relate to the story.” 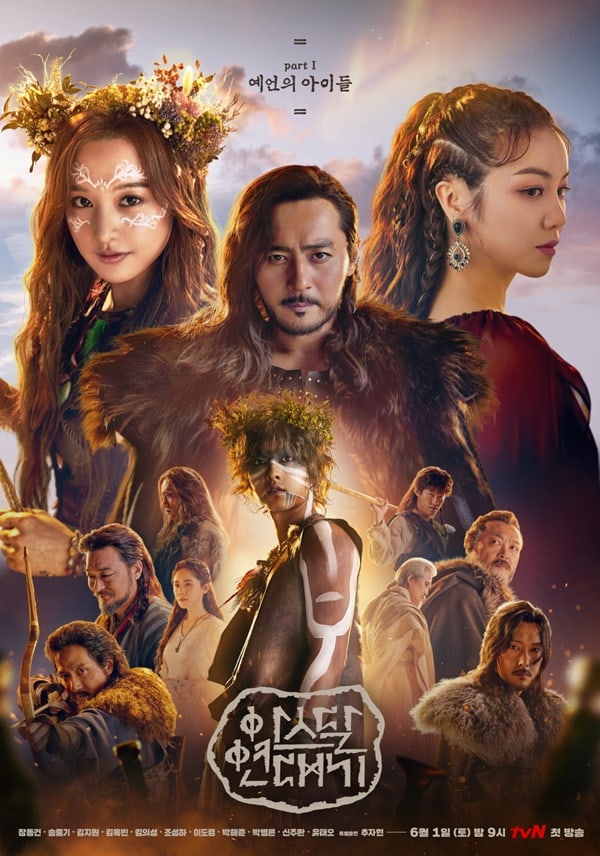 Fight between the powerful and powerless

The screenwriters started with the question, “Was there politics before a nation was formed?” when crafting the story of “Arthdal Chronicles.” In the drama, the cities of Arthdal and Yiark are separated by geography. However, Ta Gon of Arthdal raids Yiark, causing Eun Seom to love everything from his tribe to his closest friend. The battle that ensues between them will be what starts the story of legends. Park Sang Yeon explained, “The story will be about the struggle between Ta Gon and Tae Al Ha, who have immense power, and Eun Seom and Tan Ya, who relatively have almost no power.” An important storyline will be how Eun Seom and Tan Ya grow as they fight to save the people they care for most.

Kim Young Hyun and Park Sang Yeon have created their own universe through the drama. During the press conference, Park Sang Yeon said, “We thought, ‘Did humans always dream?’ We built this world around the thought that perhaps humans haven’t always had the ability to dream and they discovered the ability somewhere along the way in history.” The screenwriters shared that they studied up on the history of human civilization to write the drama and they said, “We found it interesting how only homo sapiens survived. We thought about why that was,” and “We’ll be incorporating conversations about diversity and its acceptance in this drama.”

“Arthdal Chronicles” is set to premiere at 9 p.m. KST on June 1.