In a recent V Live broadcast, Jung Hae In and Han Ji Min shared tidbits about each other as well as their currently airing drama “One Spring Night.”

In the drama, Jung Hae In’s character Yoo Ji Ho falls in love with Han Ji Min’s Lee Jung In at first sight, and some viewers commented that this is impossible.

Jung Hae In responded, “[Han Ji Min] is really pretty even if she doesn’t try. You could easily fall in love at first sight.” Han Ji Min added, “Honestly, when you start to like someone, there’s no one specific thing that you like. You’re just attracted to that person. I think that’s what Jung In and Ji Ho had.” 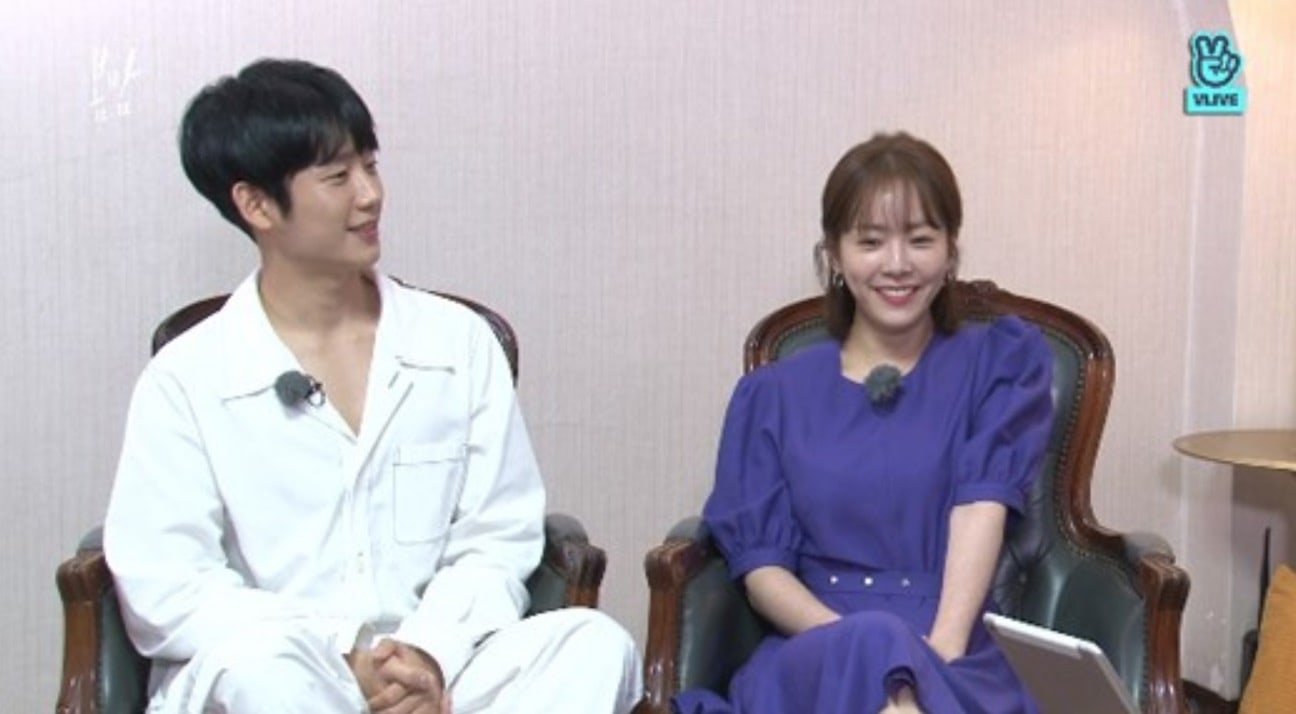 The two characters often communicate through text, and when asked about each other’s texting habits, Han Ji Min said, “Jung Hae In is a bit slow to respond. I think it’s because he’s always so busy. I’m the same, because when I’m working, I don’t have my phone with me. But usually, I always respond right away. I just don’t have long responses. I’d rather call if I have a lot to say.”

Jung Hae In agreed, saying that he prefers to call.

Watching their basketball court reunion scene, Jung Hae In revealed that it was filmed for about 10 hours. “It was like off-season training. The director didn’t have any particular instructions for me [regarding basketball]. I like basketball, but I’m not very good,” said Jung Hae In, adding that he just got lucky while filming. 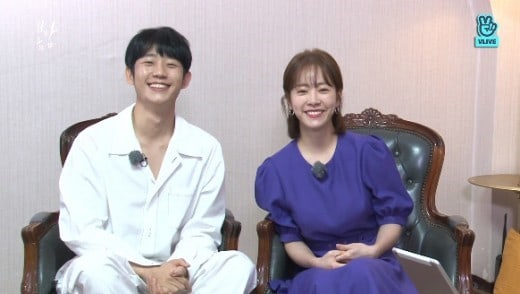 Han Ji Min then revealed that Jung Hae In is pretty proud of his barbecue skills. “I told him once that he’s good at cooking meat, and after that, whenever we go to a restaurant in Korea, even if the staff say they will do it, he insists on doing it himself. He’ll grab the tongs and he won’t let anyone else have them.”

Jung Hae In said, “That’s right. I have to grill the meat, and I have to cut it. The grilling method is different depending on the pan and the heat. I like meat and I have it a lot, so after some trail and error, I’ve gained some skills.” 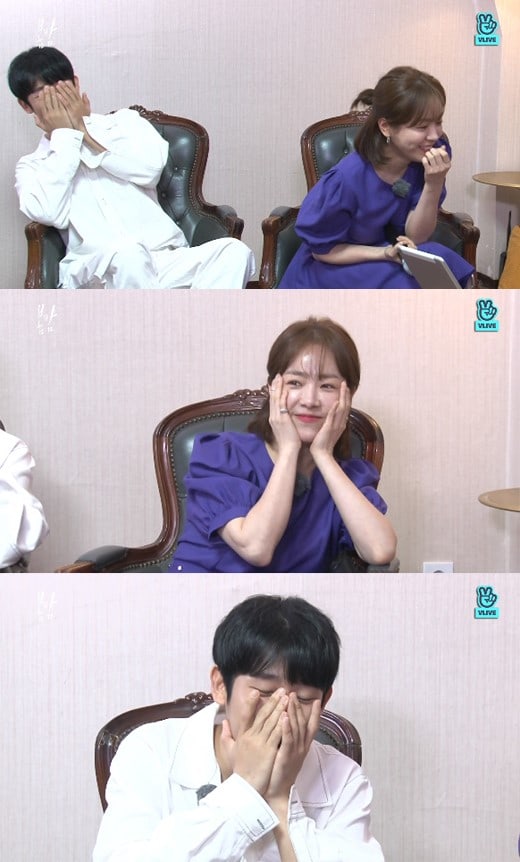