Ahead of their historic concerts at London’s legendary Wembley Stadium this weekend, BTS held a press conference to talk about their goals as artists and performers.

On June 1 local time, BTS addressed a crowd of international reporters before the first of two sold-out shows at Wembley Stadium. During the press conference, they were asked about their decision to broadcast their concert live through a global livestream on Naver V Live+ (Naver V Live’s streaming service for paid content).

Suga replied, “I think that Wembley is a very symbolic venue. As a singer, there are a few stages that you dream about performing on, and I had the thought that if we ended up performing at Wembley, I really wanted to convey this emotionally moving moment to many people.”

He added, “I had a hard time falling asleep last night because of the thought that I’d be performing at Wembley. I think it will be an exciting and fun experience.”

When asked if there were any British artists with whom they hoped to collaborate in the future, V responded, “I love Coldplay, and I listen to them often. Whenever we come to England, I always listen to Coldplay on my way to the venue. If the opportunity should arise, I’d like to work together on music.”

RM chimed in, “I also think it would be a huge honor if we were able to collaborate with Paul McCartney.” 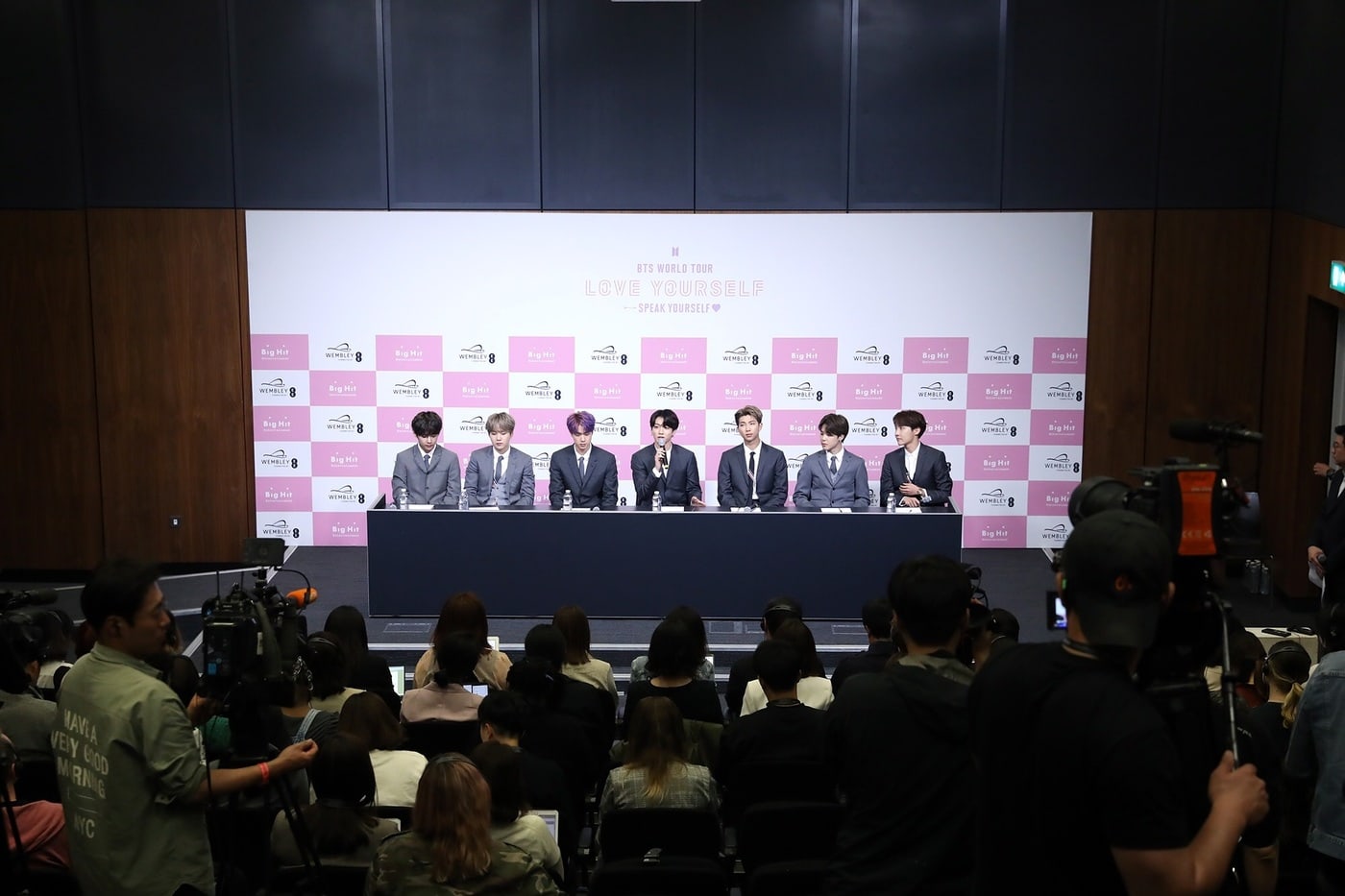 After wrapping up the U.S. leg of their sold-out “Love Yourself: Speak Yourself” stadium tour, BTS will be performing at Wembley Stadium on June 1 and 2 before heading to Paris, France for their next set of concerts.