On the latest episode of MBC’s “The King of Mask Singer,” the identity of contestant Narwhal was revealed!

During the June 2 episode, Narwhal and Nightingale faced off in the second round. Narwhal showed off his amazing vocals by singing Cult’s “If I Hold You in My Arms” while Nightingale captured the audience with MC The Max’s “Goodbye For Now.”

Eventually, Nightingale won with 74 votes, and Narwhal, who received 25 votes, had to reveal his identity. He took off his mask, and he turned out to be none other than DAY6’s vocalist and bassist Young K! 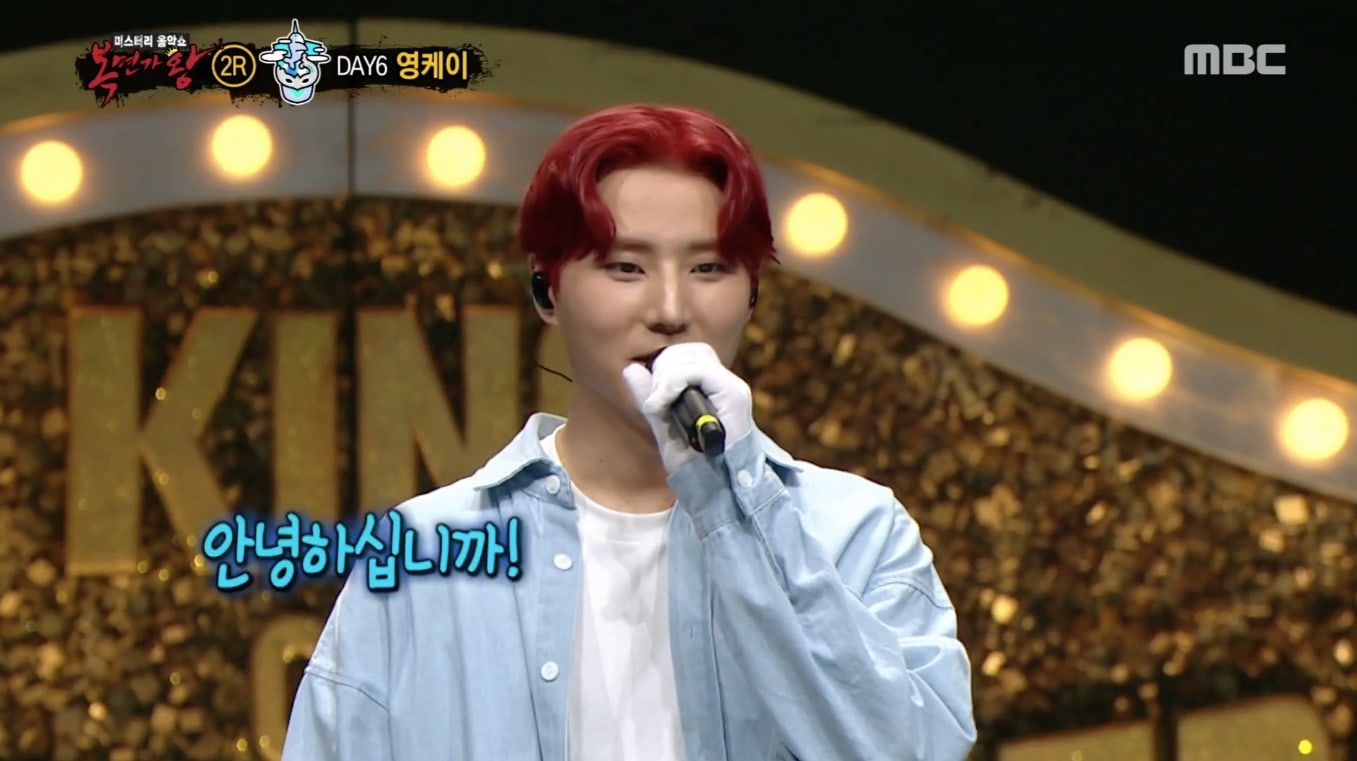 Young K shared, “It was the most nervous stage of my life. It’s my first time singing apart from my members. Even before our debut, Park Jin Young told us to go out with our own songs. So I am doing my best to write them.” Then he said, “Through this stage, I realized the musical part that I was missing at times because I was too busy thinking about the development, turn, and conclusion. Thank you so much.”

Photos of Young K as Narwhal were posted on DAY6’s official Instagram account, and he said, “Narwhal was me, DAY6’s Young K! I was nervous because I had to sing without my members on TV for the first time…but how was I??!! I will continue to do my best, so please give DAY6 a lot of interest and love.”

Check out Young K unveiling his identity below:

Watch the latest episode of “The King of Mask Singer” here:

DAY6
Young K
The King of Mask Singer
How does this article make you feel?