On June 2, the drama unveiled new stills from its upcoming episode. The photos show the two leads surrounded by friends and enjoying the spotlight at school. Park Bo Young shows off her charm with an unfazed expression, as if it’s hardly the first time that she’s received so much attention from boys, while Ahn Hyo Seop is unable to hide his pride at the crowd of squealing girls admiring him. 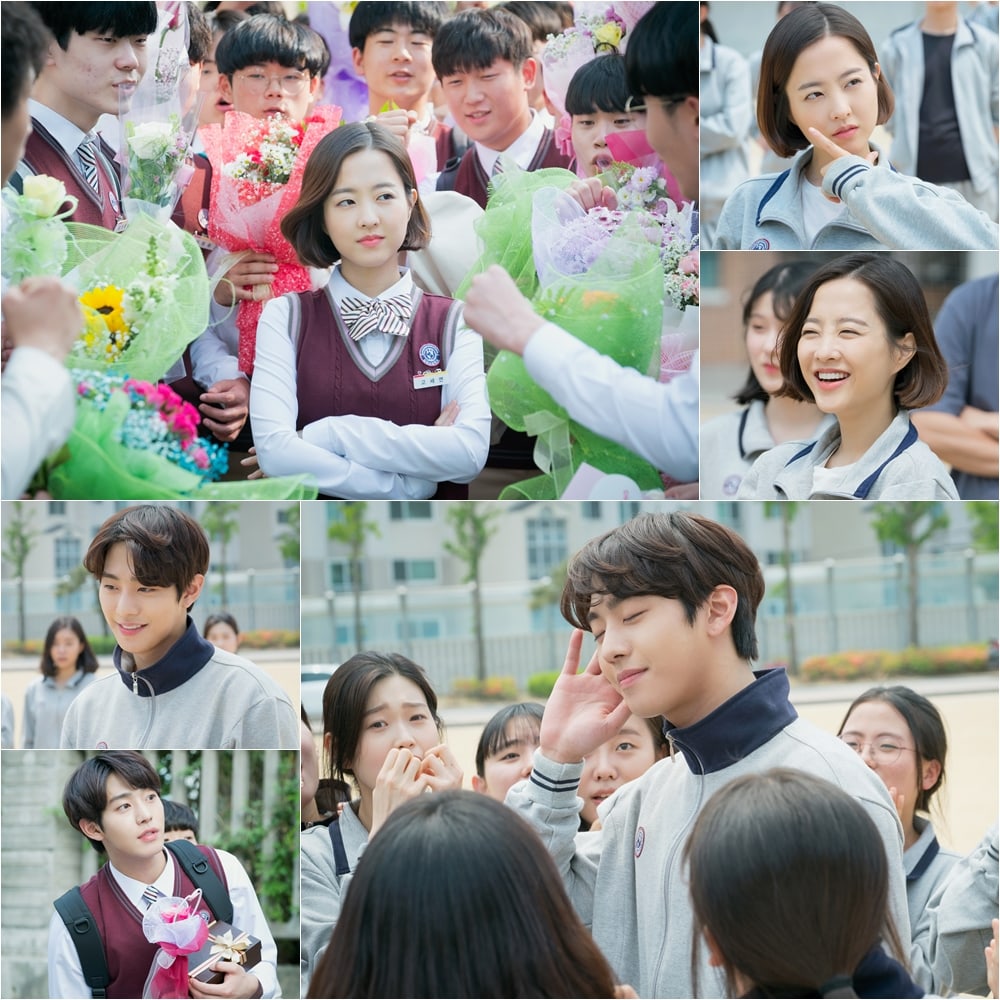 The two actors, who wore school uniforms for the first time in a long while for this scene, were excited by the youthful school atmosphere. While filming the scene, both Park Bo Young and Ahn Hyo Seop made the crew smile with their embarrassed reactions to the enthusiasm of the students, who were screaming their names at the top of their lungs. The two stars reportedly wore bright smiles throughout the shoot, and they made everyone laugh by telling fun stories about their own school experiences during breaks from filming.