On June 1 and 2, Chansung held his second solo fan meeting, “TMC: Too Much Chanformation,” at the Yes24 Live Hall in Seoul.

At his first solo fan meeting “Music Bless You” in October 2018, the singer-actor previously sympathized with fans with a radio DJ concept. This year, the event had a unique concept of sharing small details and stories about Chansung.

Chansung began the event by updating fans on what he’s been up to. He said, “I have the final filming for the Netflix original drama ‘Alone With You’ (literal title) coming up, and I finished filming the pre-produced drama ‘So I Married An Anti-Fan’ in January.”

The 2PM member continued, “Every time I prepare a concert or a fan meeting, I think about wanting to try something new. I thought a lot about what would be a fun format and worked hard to put on a stage that’s like a ‘talk concert.'” 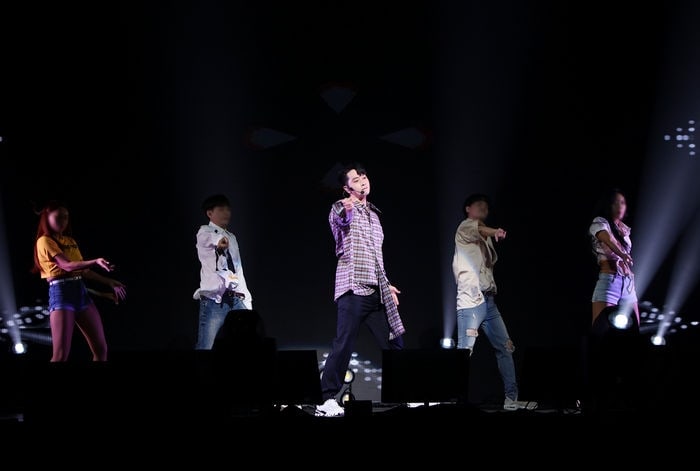 Chansung showed off his charms and vocal skills with performances of his solo track “Treasure,” 2PM hits such as “I’ll Be Back” and “HOT,” as well as fellow members’ solo tracks including Nichkhun‘s “Lucky Charm,” Jun.K’s “A Moving Day,” and Junho‘s “Fancy.” He also made fans burst into laughter with parodies of three TV ads.

2PM’s youngest member revealed the first-ever performance of his latest song “Fine,” which he co-wrote with songwriter Super Changddai. About this track, Chansung explained, “I made this while thinking about how I hoped we wouldn’t lose our warmth while living life. I hope that it’ll give comfort and courage to those who listen to it. I’ll soon release a video that I filmed and edited while producing my new song on YouTube,” and his fans responded with cheers.

Fellow member Nichkhun then made a surprise appearance during the fan meeting and sang “Lucky Charm” with Chansung while playing the guitar. 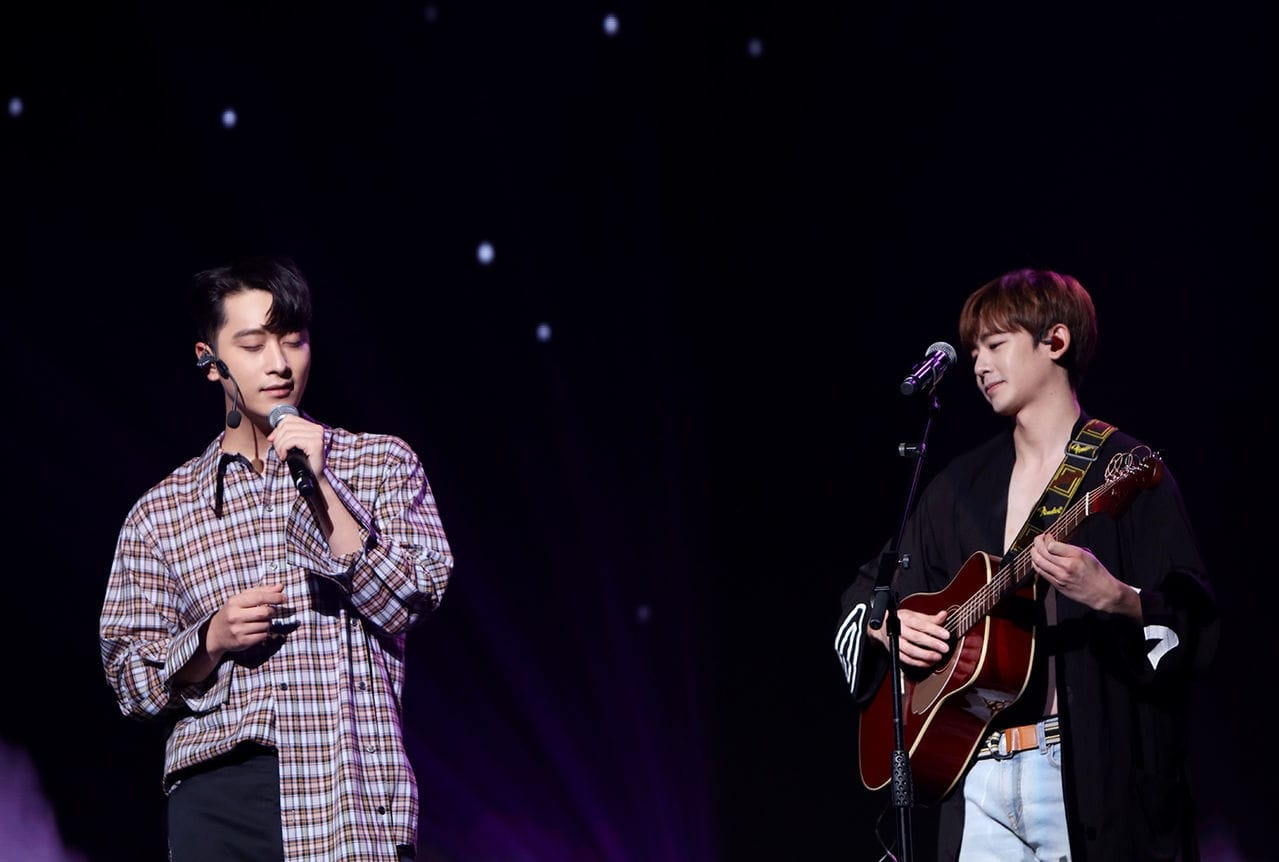 Chansung concluded the event by reading out loud a letter to fans. “I sincerely thank you,” said the idol. “All of you made me into a shining person. I’m going to continue to be thankful. Meeting the 2PM members is my life’s biggest blessing, and meeting all of you is my biggest joy. I want to hurry up and promote as a whole group with 2PM.”

He concluded, “I hope you guys won’t be sad. I hope you’ll smile.” 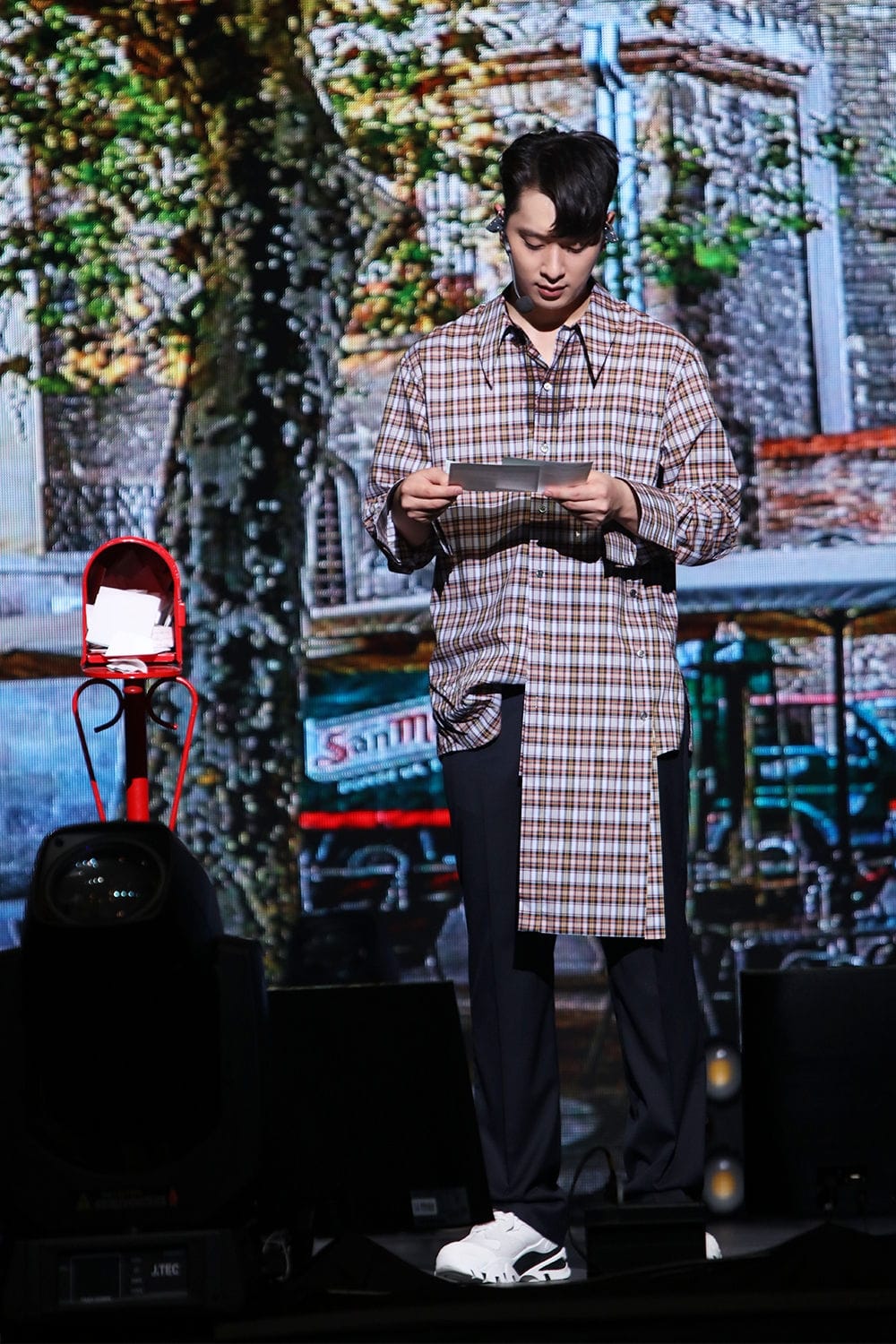 Chansung will be enlisting as an active duty soldier in the army on June 11.