“Watcher” is about three people whose lives get intertwined after a tragic incident. They form a corruption investigation team to uncover police corruption and reveal the ugly truth behind power. With a unique topic of cops chasing cops, this psychological thriller will show the various hidden aspects of humanity.

Director Ahn Gil Ho, who is known for his detailed directing skills on past projects such as “Secret Forest” and “Memories of the Alhambra,” and writer Han Sung Woon, who was praised for expressing the characters in great detail in “The Good Wife,” will work together on this series. Along with a talented pool of staff, “Watcher” also boasts a stellar cast including Han Suk Kyu, Seo Kang Joon, Kim Hyun Joo, Heo Sung Tae, Park Joo Hee, Joo Jin Mo, Kim Soo Jin, and Lee Jae Yoon.

This first set of stills shows Han Suk Kyu, Seo Kang Joon, and Kim Hyun Joo looking at each other closely as if they’re reading each other’s minds. Han Suk Kyu wlll appear as Do Chi Kwang, the leader of this anti-corruption team and a lonely observer who doesn’t trust human emotion. He shows off his charisma as he puts his feelings aside and glares at Kim Hyun Joo.

Kim Hyun Joo has transformed into lawyer Han Tae Joo who defends criminals and is known as a negotiating expert. With her soft charisma, she creates an aura that is different from Han Suk Kyu’s. Despite the palpable tension, both characters seem to be at ease, and their gazes remain strong and sharp. 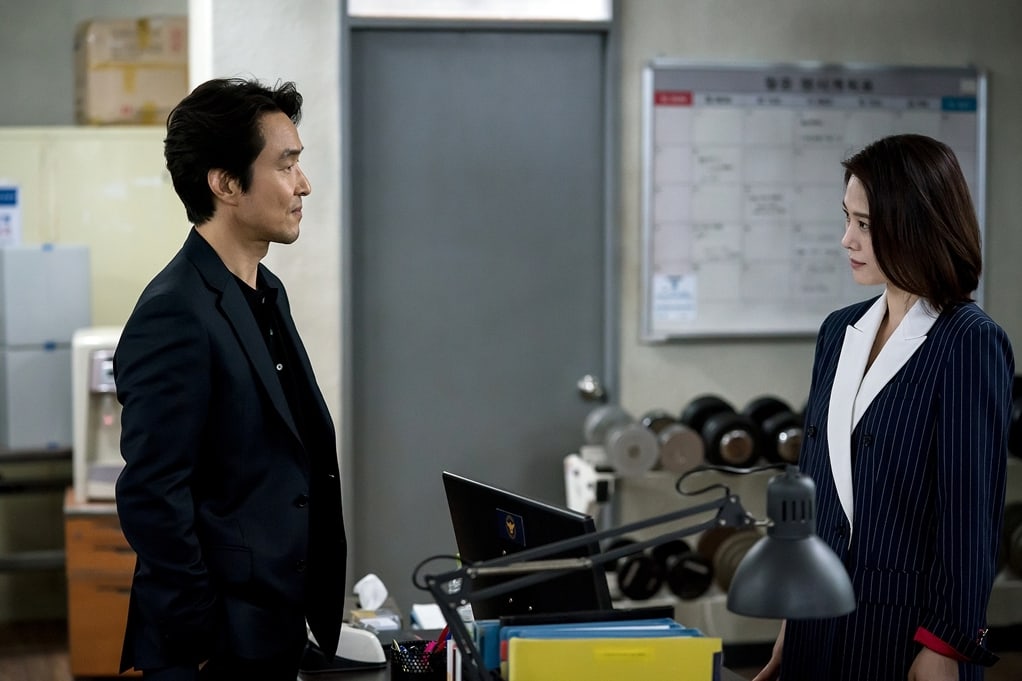 Last but not least is Seo Kang Joon, who sits back and looks at these two charismatic characters going head-to-head. He appears to be waiting and watching the situation with his arms crossed but piques viewers’ curiosity about his passionate character Kim Young Goon. This character joins the corruption investigation team after reuniting with Do Chi Kwang and Han Tae Joo after a past incident.

Seo Kang Joon commented, “Working with good actors, it feels like the story is coming alive. The senior actors are telling me many good things, so I feel confident. I’m having fun filming and relying on them.” On working with Han Suk Kyu, the actor said, “I really wanted to meet him, and it is an honor and joy to be able to act with him.” 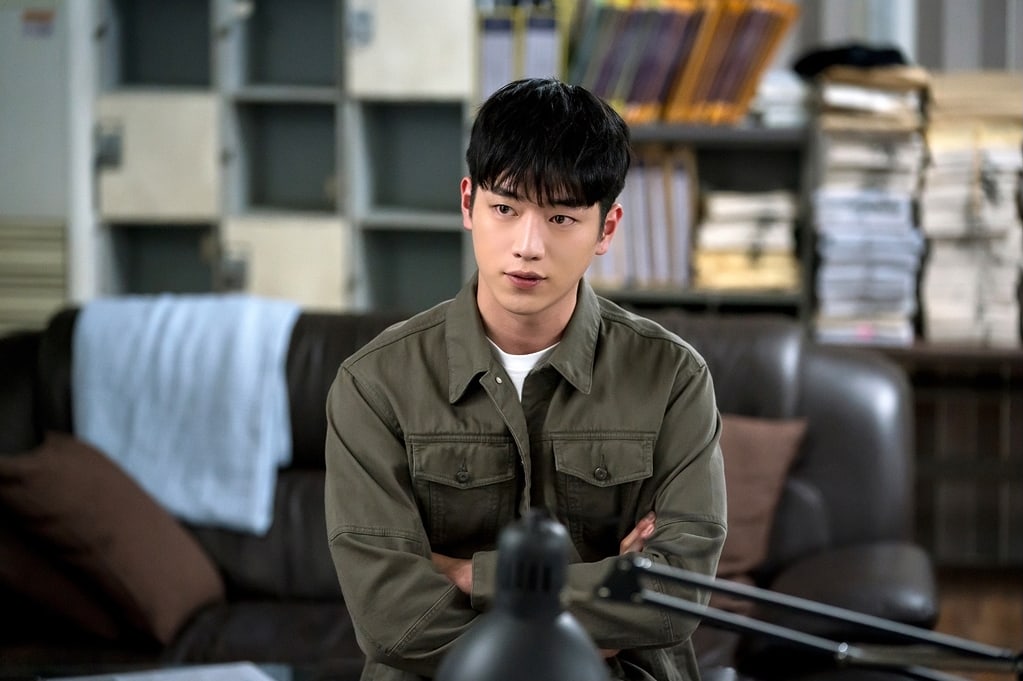 Kim Hyun Joo added, “I am happy and excited about working with good actors. I am happy just about the fact that we can exchange opinions on set as an actor to an actor. I receive good energy from generous senior Han Suk Kyu’s smile. I think Seo Kang Joon is an actor who has depth the more I see him. His contrasting charm that is like an untamed boy also fits well with the character.”

“There is explosive synergy between Han Suk Kyu, Seo Kang Joon, and Kim Hyun Joo, who have perfectly immersed into their characters,” the production team commented. “The corruption investigation team that is chasing after the psychology behind the case and the harmony of the three characters are increasing the immersion [of the drama]. The strong acting of the actors will open a new chapter of a unique kind of psychological thriller.”

“Watcher” will premiere in July as the follow-up to “Voice 3.”

In the meantime, watch Seo Kang Joon in his previous drama “The Third Charm” below: