“Advisor” is about real power and influence in the world, wielded by political players in the shadows. The story follows the “super advisor” Jang Tae Joon (played by Lee Jung Jae) and the newly appointed Assemblywoman Kang Sun Young (played by Shin Min Ah).

In new stills revealed on June 4, Shin Min Ah’s character Kang Sun Young is perfection personified. Always on top in everything from academics to skill, she is confident in her ability, trusts her own judgement, and goes after what she wants with no hesitation.

A source from the drama said, “Shin Min Ah’s character Kang Sun Young is a figure that is always supported by the public. She never retreats from fear and isn’t swayed by the opinions of others.” The source added that Kang Sun Young is a member of the Assembly by proportional representation, which puts her in a difficult position when it comes to reelection. As a result, she throws herself even further into politics. “You can look forward to a character with perseverance and scale of thought the likes of which you’ve never seen before.” 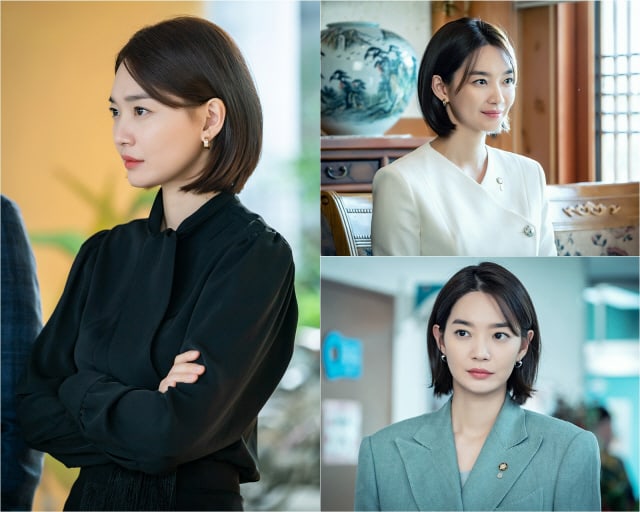