The drama features Shin Hye Sun as ballerina Lee Yeon Seo and L as angel Dan. The surprise kiss between the two in the last episode drew a heated response, and viewers are already looking forward to the progress in their relationship.

In the upcoming episode, Lee Yeon Seo and Dan will face a swirl of emotions due to the unexpected kiss. It’s the first time she is experiencing such warm emotions of love, and he never imagined he would even fall in love.

In the photos, Lee Yeon Seo is immersed in practicing ballet, and Dan is anxiously worrying about her. Her ballet flats are bloody, and her face is covered with sweat from exhaustion. Lee Yeon Seo, who previously announced her return to ballet, suddenly started to practice passionately, but unfortunately, her body isn’t able to keep up with her spirit, and she becomes overwhelmed with anxiety.

The only one who worries about Lee Yeon Seo is none other than Dan. He can be seen fidgeting uneasily besides her, and when she collapses onto the floor, he runs over right away and gazes at her with concern in his eyes. Above all, the serious atmosphere surrounding them creates a heartbreaking tension that has never been seen before, making the viewers even more curious about what will happen next. 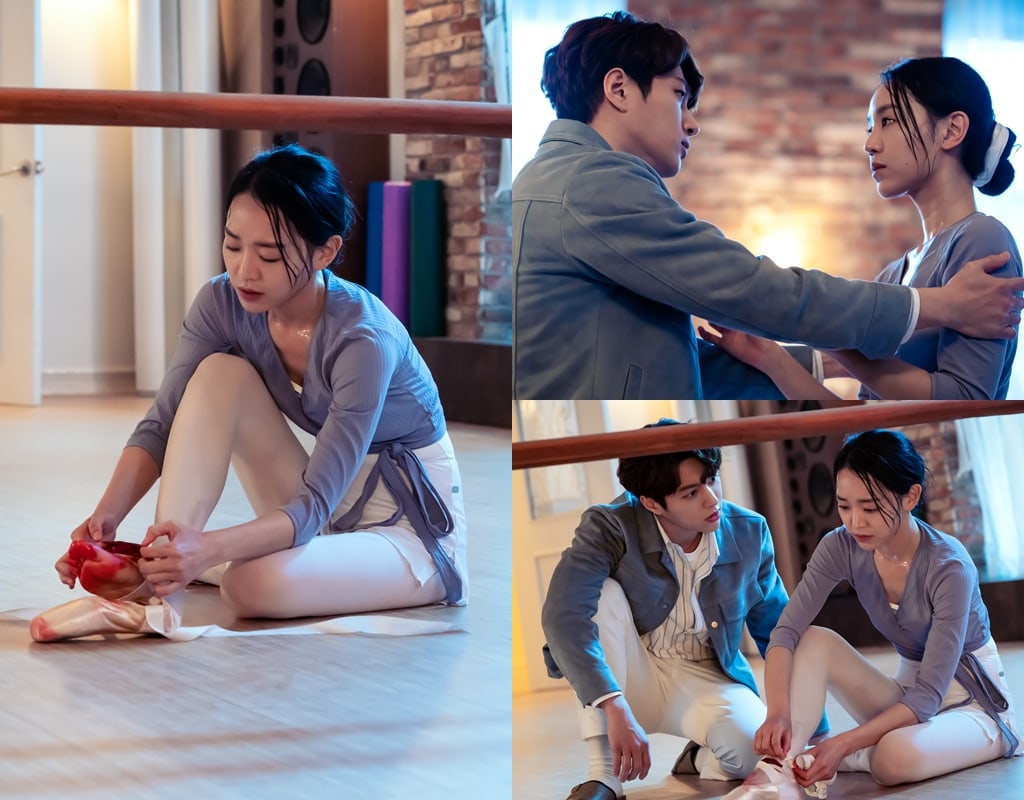