GOT7’s Jinyoung talked about the group’s dating rules, and AB6IX’s Lee Dae Hwi said he wants to come to an agreement with fans over his dating life!

On the June 5 episode of “Radio Star,” Lee Dae Hwi appeared as a guest alongside Brand New Music founder Rhymer and label mate Gree, as well as Muzie. GOT7’s Jinyoung appeared as a special MC for this episode.

During the show, the hosts mentioned to Lee Dae Hwi that they’d heard he said there’s something he wants to negotiate with fans about.

“This might be a dangerous thing to say as an idol,” began Lee Dae Hwi. “I’m an only child —” He then looked over and laughed at how Rhymer had reacted to the beginning of his answer. “You got nervous, right?” he said with a laugh.

Lee Dae Hwi then continued to say that since he’s an only child, his family line will end if he doesn’t have any children. “I want to negotiate with fans about when it’s okay for me to date, and when I should get married,” he said. 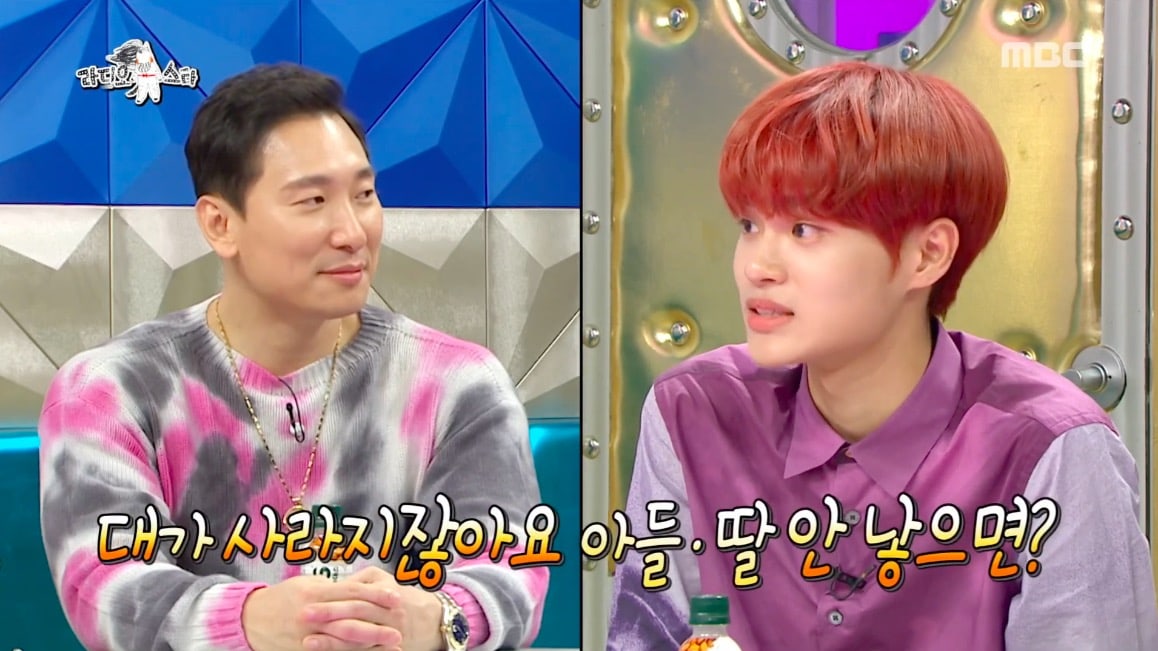 “When I’m in my fifth year…” he started, before Rhymer cut in to say, “Before you negotiate with fans, you should talk to me first.”

While they were talking about when Lee Dae Hwi should date, Muzie turned to Jinyoung and said he should know about this, as a senior artist. Jinyoung put up his hands and said, “I don’t know!” 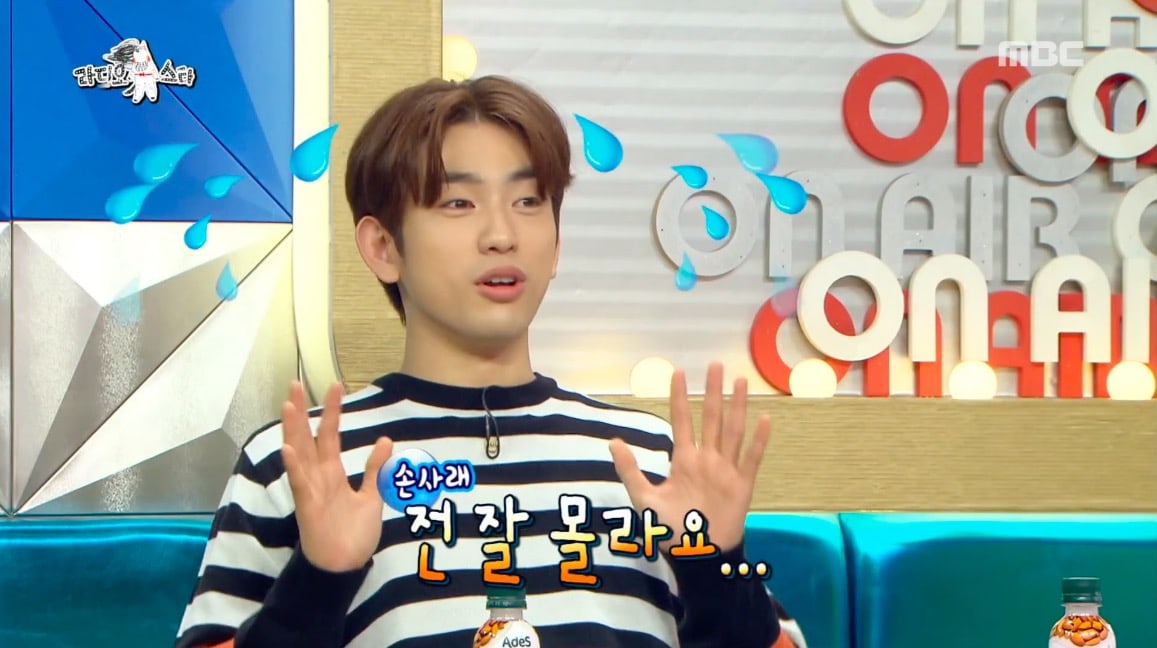 Lee Dae Hwi also shared that he’d been told by senior artists that dating can help when writing lyrics. “I can only imagine it in my head, so I wonder if I should try dating,” he said. “But it’ll be a while before I do it,” he said reassuringly to the camera. “Maybe once before I go to the army…” 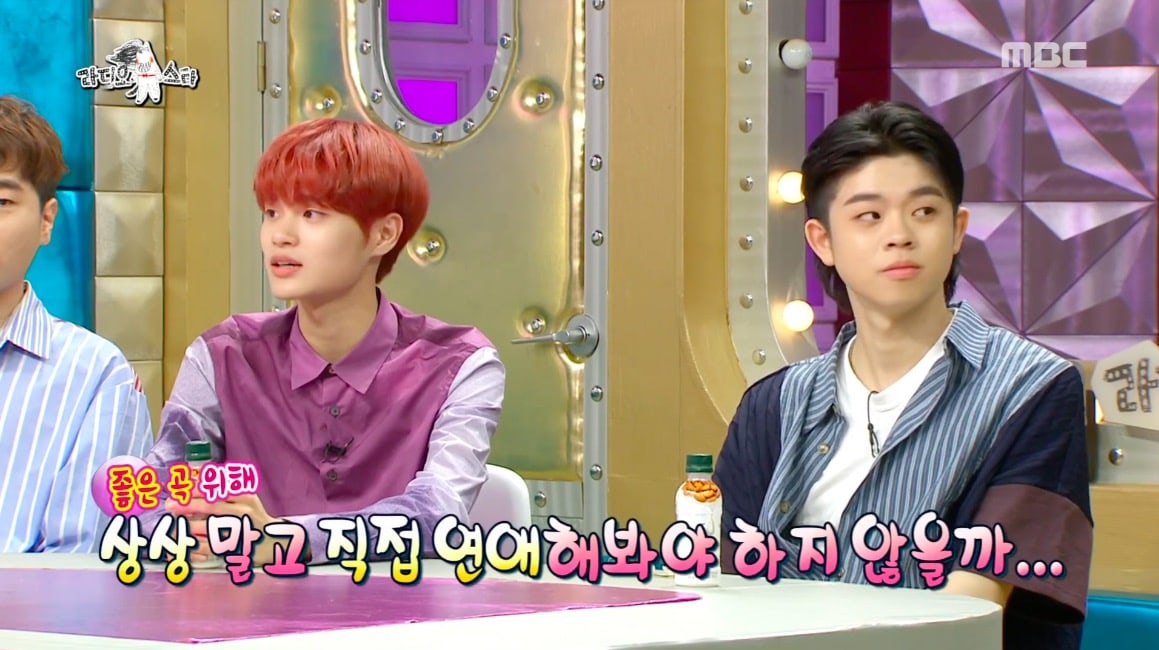 Kim Gura said to him, “You had that many, didn’t you?” Jinyoung replied, “Ah, not yet.”

Rhymer said GOT7 has already surpassed 10,000 and the hosts asked if GOT7 is unable to date. Jinyoung looked flustered and made everyone laugh as he said, “GOT7? Oh, I’m not sure about that. Do they?” 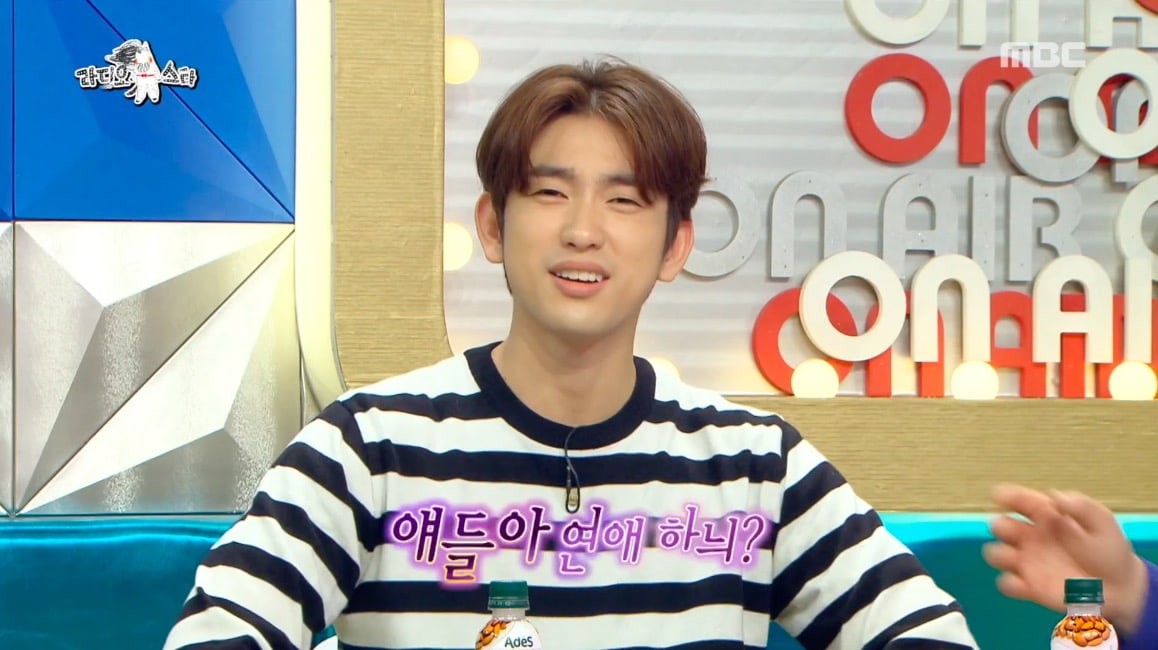 GOT7
Jinyoung (GOT7)
Lee Dae Hwi
AB6IX
How does this article make you feel?