On the June 5 episode, artists Nam Tae Hyun, Deep Shower, BIGONE, Lee Woo, Choi Nak Ta, Go Sung Min, Stella Jang, ID, Jang Jae In, and Chahee got closer as they got to know one another.

Jang Jae In had previously been direct about her feelings towards Nam Tae Hyun. Watching this at the studio, MCs Shin Dong Yup, Super Junior’s Kim Heechul, Brown Eyed Girls’s JeA, and Cheetah said, “This episode is when things are starting to happen, so we’re really looking forward to it.”

While Nam Tae Hyun was in Busan, Deep Shower asked Jang Jae In out on a date. He told her, “I’m not really into hanging out with everyone together. I tend to speak less when there are lots of people. I want to talk while focusing on one person, but I can’t seem to participate. At first, I seriously only saw you. But the reason why I didn’t choose you as my No. 1 was because I thought that I wasn’t a good fit for you and I didn’t think that it’d turn out well. So I locked away my feelings.”

Jang Jae In replied, “You were also my No. 1. Don’t you feel good? Are you thankful?” and the MCs commented on the importance of timing of love.

On the next day, Go Sung Min asked out Nam Tae Hyun, and he accepted. When Jang Jae In found out about this, she asked him, “Didn’t you agree [to go out with me] yesterday at dawn? Do you not remember anything?” Feeling sorry, Nam Tae Hyun stated, “Oh, we had decided to go out today.”

Jang Jae In continued, “Set up another day with Go Sung Min. I cleared my schedule,” and Nam Tae Hyun replied, “Okay. I’ll talk to her.” He promised Go Sung Min to go out with her on a different day, and the MCs joked if the genre of this show was horror. 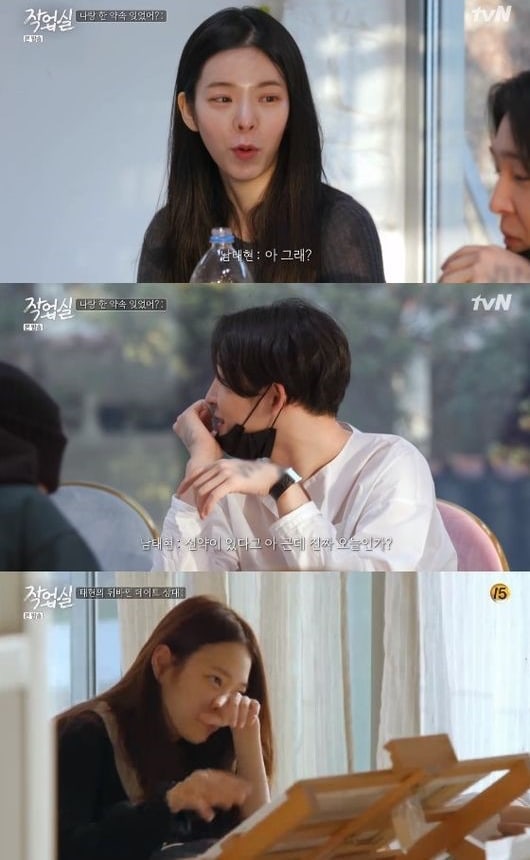 Nam Tae Hyun and Jang Jae In finally succeeded at embarking on their first date together. She said, “It’s a bit vague, but I argued that I made plans first. Didn’t you already go on a date with Go Sung Min?” Nam Tae Hyun responded, “I also wanted to [go out] with you, but it was tricky rejecting Go Sung Min’s offer.” They asked each other if they would accept other people’s date requests, and Nam Tae Hyun showed his jealousy at the fact that Deep Shower had asked Jang Jae In out.

Speaking about the moment when he started to view Jang Jae In romantically, Nam Tae Hyun revealed, “It was so cute how you became jealous when I asked Go Sung Min to go to Busan.” She expressed hope for his heart to flutter around her, and he replied that it does.

The couple then headed to a shooting range. Nam Tae Hyun suggested they make a bet where the loser has to reject the first person who asks them out on a date, and Jang Jae In happily agreed. He shot 10 bullets while Jang Jae In fired 15, and Nam Tae Hyun won the bet. He said, “It looks like you now have to reject [your next date], but you can go [on the date] if you really want to.” She asked, “Why?” and he started to say something before stopping himself.

Jang Jae In asked if it was because he didn’t think that there was anyone else she’d like to go on a date with more than him, and he deflected the question by declaring himself as the winner once again. 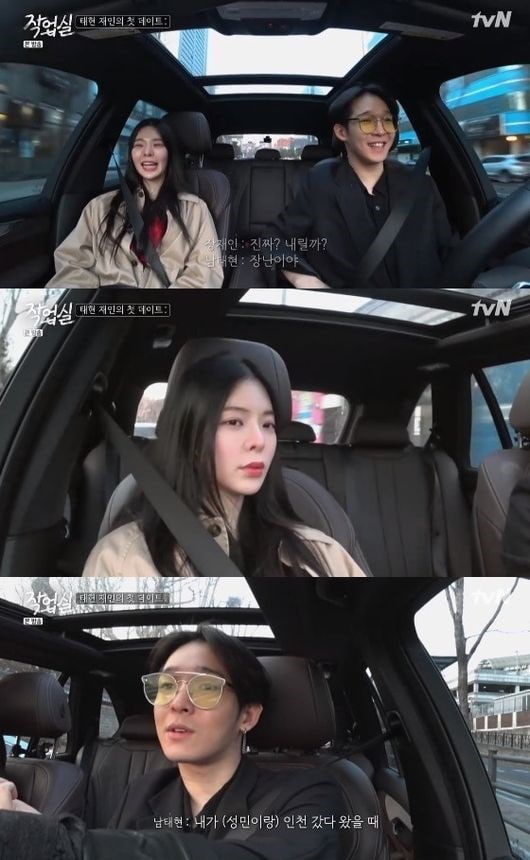 Nam Tae Hyun and Jang Jae In are currently dating after making a connection on “Studio Vibes.” The show airs on Wednesdays at 11 p.m. KST on tvN.

Nam Tae Hyun
Jang Jae In
Studio Vibes
How does this article make you feel?