Ahead of JTBC’s “Stage K” broadcast featuring EXO’s Suho, Kai, Sehun, Baekhyun, and Chen, JTBC released some new stills of the group’s appearance on the show.

The stills tease viewers with a memorable episode with EXO, showing Baekhyun with tear tracks taped under his eyes, Kai bowing his head and covering his face, seemingly in embarrassment, as the other four members stare at him, and more.

The upcoming episode of “Stage K,” which airs on June 9 at 9 p.m. KST, will feature teams from the United States, Belarus, Japan, and Thailand covering hit EXO songs.

Watch the trailer for the episode here. 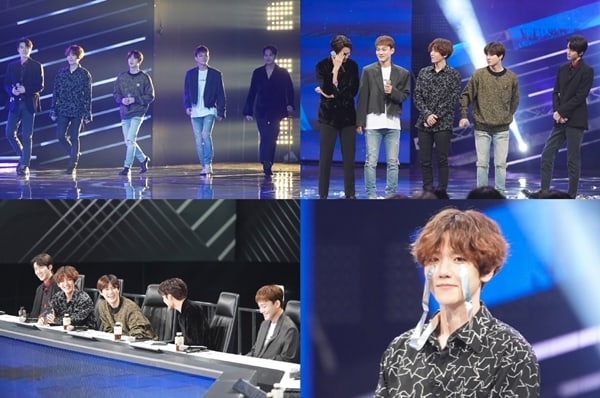 EXO
Stage K
How does this article make you feel?