BTS Is First To Receive Triple Million Certification On Gaon + TWICE, BLACKPINK, And GOT7 Go Platinum

Since January 1, 2018, the Korea Music Content Industry Association has implemented a certification system that awards achievements in album sales, song downloads, and online streaming. An album is certified platinum if it sells over 250,000 copies and is also recognized for every million copies that are sold. For downloads, a song is certified platinum if downloaded over 2.5 million times and diamond if downloaded over 10 million times. For streaming, platinum certifications come with 100 million streams and the billion certification for one billion streams.

On June 6, Gaon Chart announced that four albums had received new certifications. BTS’s “Map of the Soul: Persona” has achieved the triple million certification, becoming the first album to ever reach the milestone since the system was implemented. The group was able to achieve the feat in a little under two months, as the album was released on April 12.

BLACKPINK’s “Kill This Love,” TWICE’s “Fancy You,” and GOT7’s “Spinning Top: Between Security & Insecurity” have all received platinum certifications, having sold over 250,000 copies each since their releases. 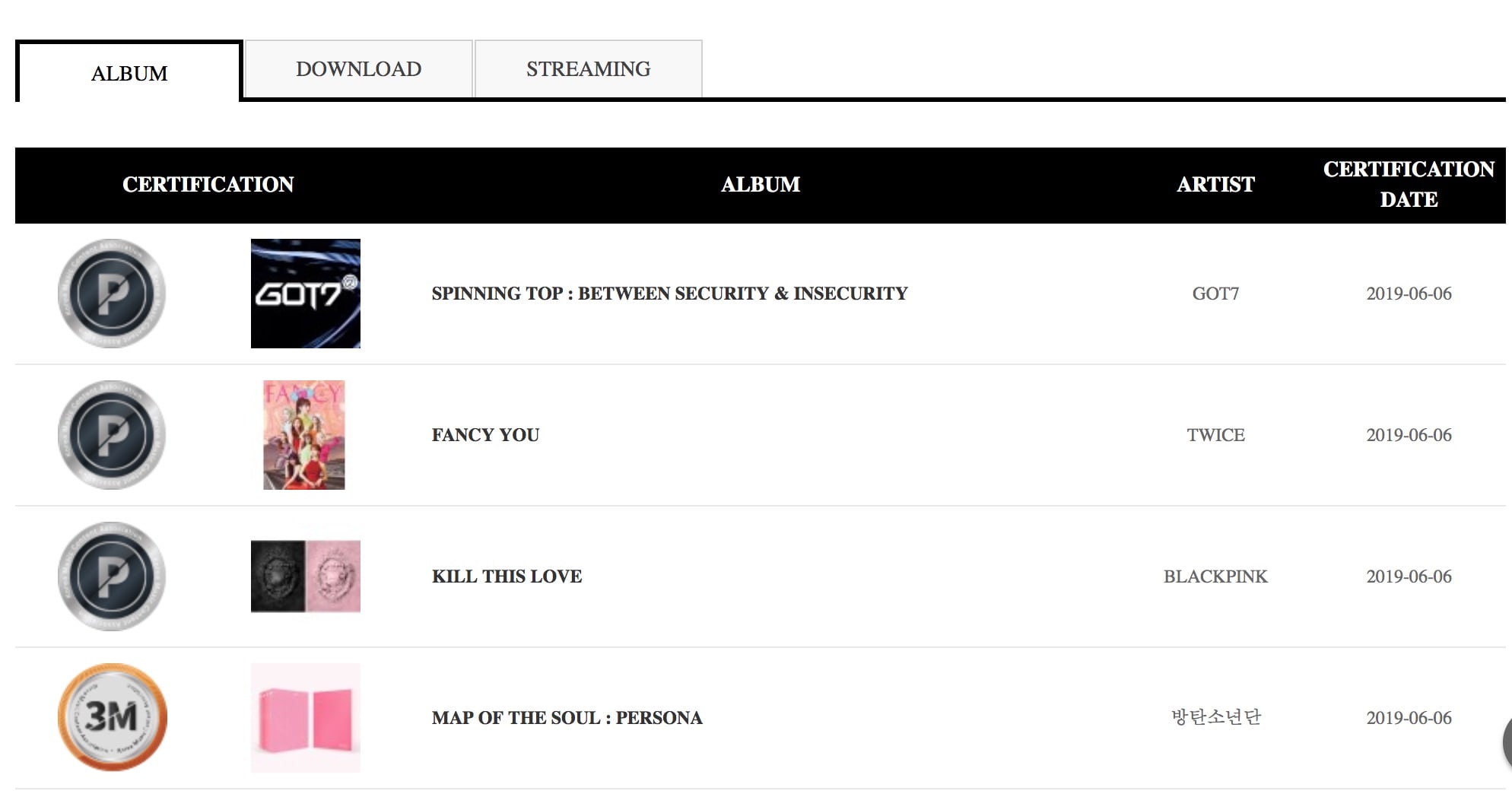 In the streaming category, “Solo” by BLACKPINK’s Jennie and Vibe’s “Fall in Fall” both received platinum certifications, meaning that they have both amassed over 100 million streams.

Congratulations to all the artists on their amazing achievements!

GOT7
TWICE
BTS
BLACKPINK
Vibe
Jennie
How does this article make you feel?