“Search: WWW” tells the story of three ambitious women who work at the top of the best portal sites in the IT industry and run into a little trouble when love gets involved.

Finally having tasted defeat for the first time in awhile, Bae Ta Mi becomes fired up. Meanwhile, Park Mo Geon ends up being charmed by her intense enthusiasm for the game. The two end up moving from the arcade to a pub, and the two enjoy a night of talking about games and sharing the music Park Mo Geon’s created for games. Surprisingly, the two meet again at Bae Ta Mi’s company Unicon. Flustered, Bae Ta Mi says, “You should have said something if you worked with Unicon,” but Park Mo Geon attacked the viewers’ hearts by calmly wiping away Bae Ta Mi’s smudged lipstick with an easy smile. 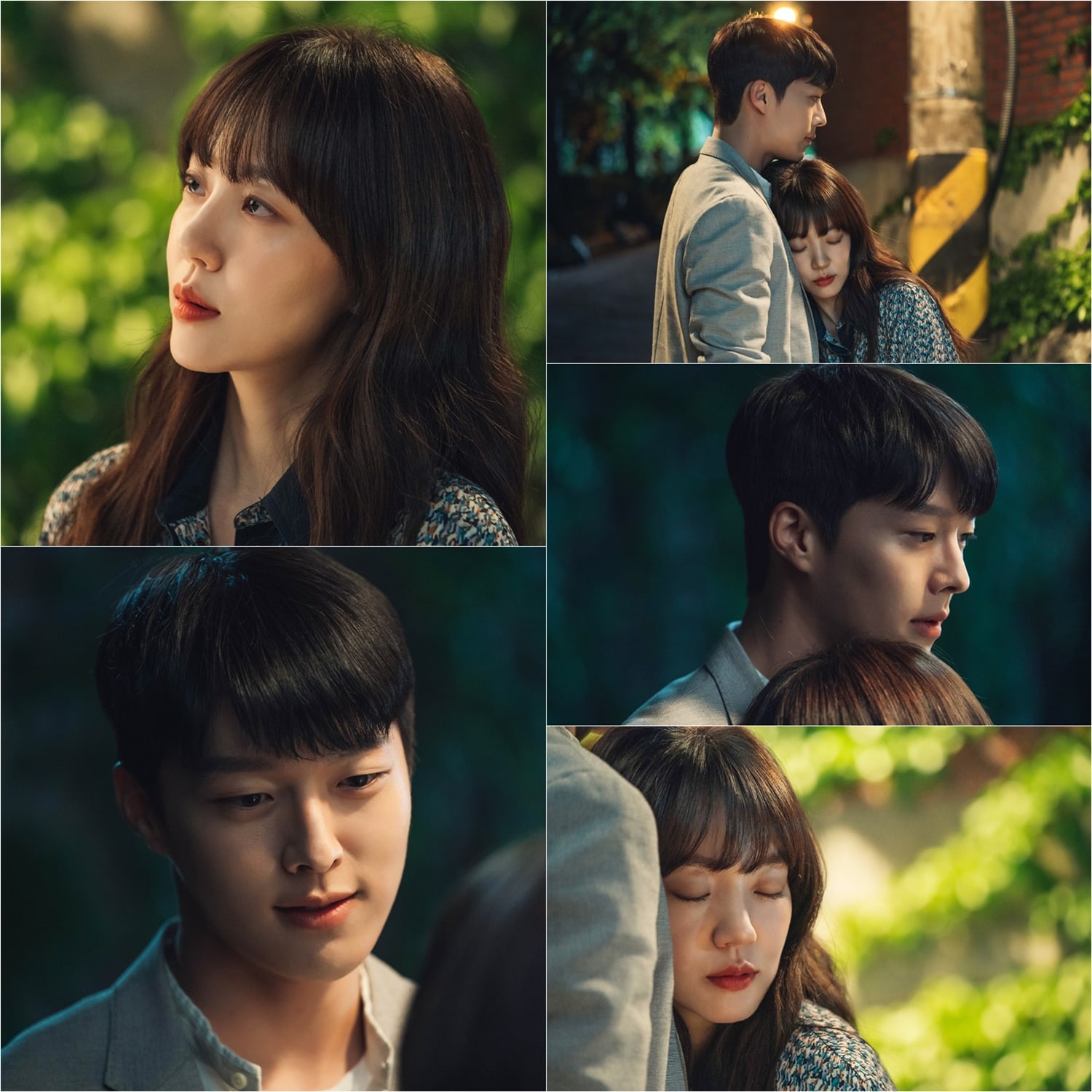 In the newly released stills, viewers were captivated by the sweet romantic scenes between Bae Ta Mi and Park Mo Geon. Underneath the street lamp, Bae Ta Mi looks up at Park Mo Geon with a gentle expression while Park Mo Gun sweetly meets Bae Ta Mi’s eyes. Furthermore, another picture shows Bae Ta Mi with her eyes closed within Park Mo Geon’s embrace. With the preview of upcoming episode showcasing adorable banter and flirting between the two, viewers are highly anticipating the couple’s romance.

“Search: WWW” airs every Wednesdays and Thursdays at 9:30 p.m. KST. If you haven’t already, watch the premiere of “Search: WWW” below!