MBC’s “One Spring Night” has released new stills of Jung Hae In and Kim Jun Han!

In the newly released stills, Yoo Ji Ho, Kwon Ki Suk (played by Kim Jun Han), and Choi Hyun Soo (played by Im Hyun Soo) are shown drinking together as alumni from the same college. However, a tense aura shrouds the table. While Kim Jun Han makes a call, Yoo Ji Ho keeps his head down, looking uncomfortable as he touches his drink. 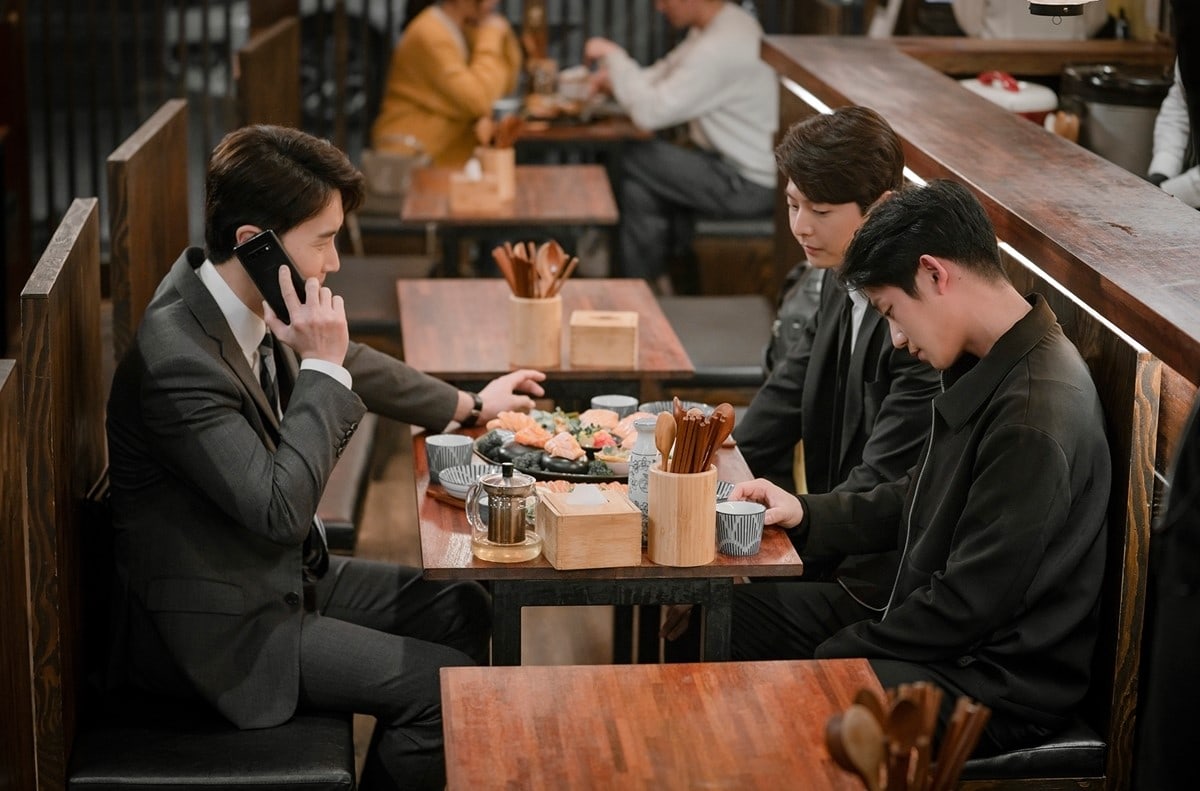 Furthermore, Yoo Ji Ho appears to be slightly drunk, for his usual poker face has disappeared in exchange for a slightly disheveled yet intense look. On the other hand, Kwon Ki Suk is staring at Yoo Ji Ho with his arms crossed, a slight frown on his face and a suspicious gaze in his eyes, making viewers curious as to what’s upset the two. 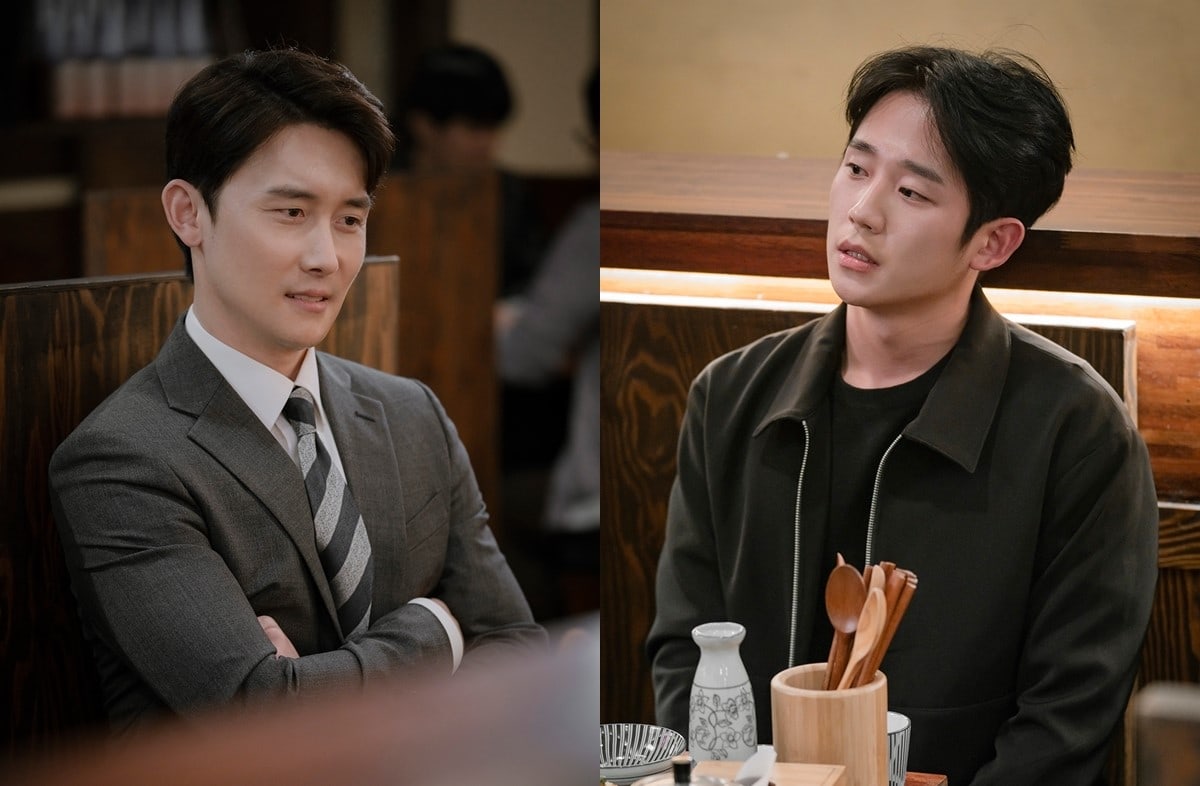 In the previous broadcast, Lee Jung In parted ways with Kwon Ki Suk, putting a stop to their unsubstantial relationship. Viewers are curious to find out what Yoo Ji Ho will do with his uncontrollable feelings for Lee Jung In and how Kwon Ki Suk will act in the upcoming episode as someone’s whose life has been smooth sailing until now with marriage as just another obligation.