A Power Couple Overcoming All Odds: 5 Reasons To Watch C-Drama “The Story of Ming Lan”

Based on an internet novel, “The Story of Ming Lan” is set in the Northern Song Dynasty. The story revolves around Sheng Ming Lan (Zhao Li Ying), the daughter of an official and his unfavored concubine. Ming Lan meets Gu Ting Ye (Feng Shao Feng) early in her life but their love blossoms much later in the story. They eventually become a powerful husband and wife pair and overcome the many (many) obstacles in their lives together.

The story delves into family dynamics, gender roles, social norms, and marriage. Perhaps because it is based on a novel, the pacing is slow; however, that means you learn a lot about the characters and grow alongside them. By the end, they feel like people you know. The latter part of the story is a little like a palace intrigue story, with much more political scheming and action.

“The Story of Ming Lan” is a show with something for everyone. Here are some reasons why you should watch it!

A smart and logical heroine 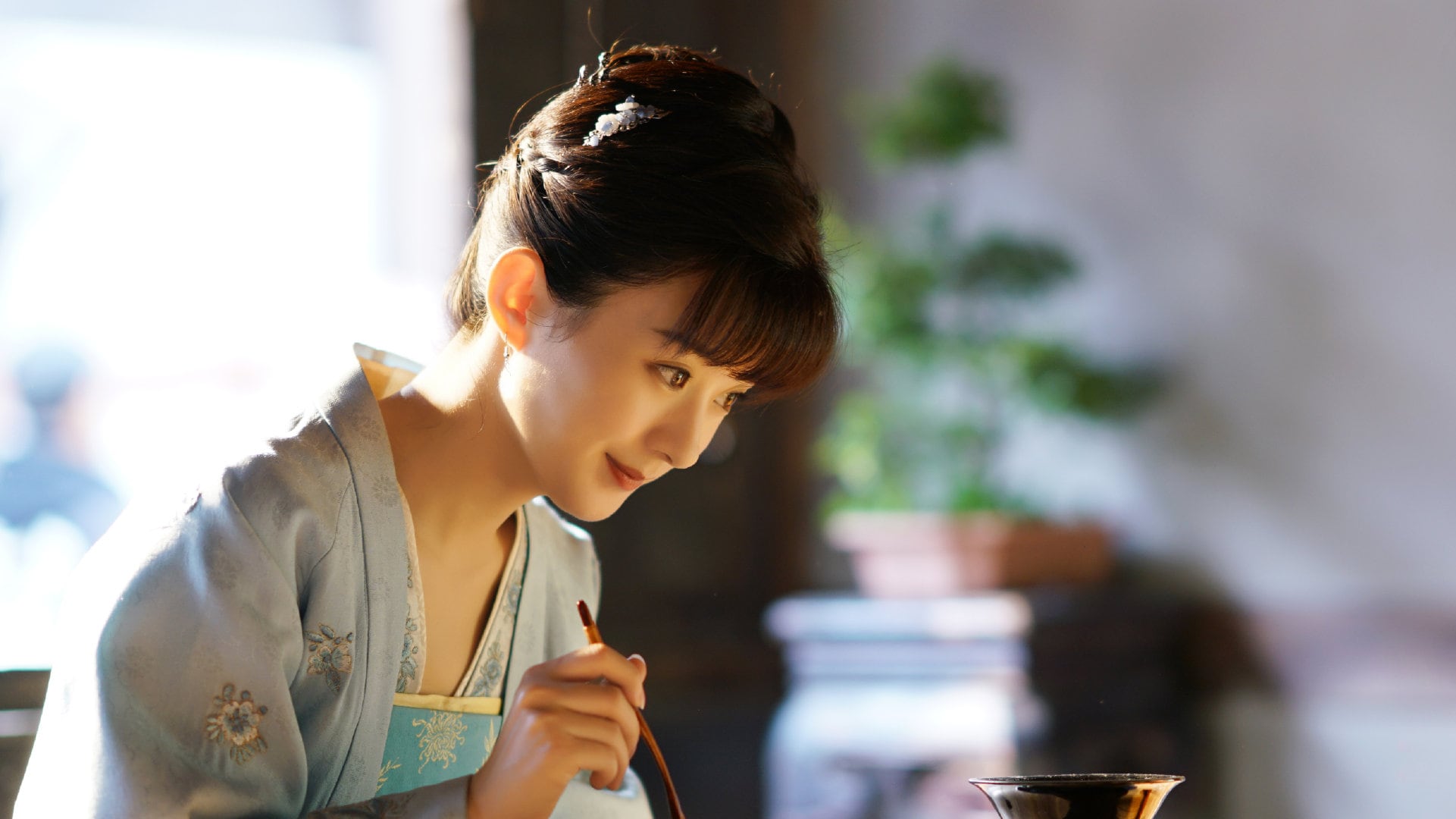 Our heroine who the story is named after, Ming Lan, is one that you will root for. She doesn’t just play a mean game of polo; she is smart and observant. Because of her mother’s early death, Ming Lan learns to conceal her true self and has the abilities to survive in the harsh world. She keeps a low profile to avoid troubles and jealousy. As such, she also learns to hide her true feelings from the people around her.

Her logical way of looking at things also affects how she looks at marriage. She sees marriage as a partnership and builds a wall around her. It takes her some time to understand and truly reciprocate Gu Ting Ye’s feelings but she does get there!

The quick-witted and loyal male lead 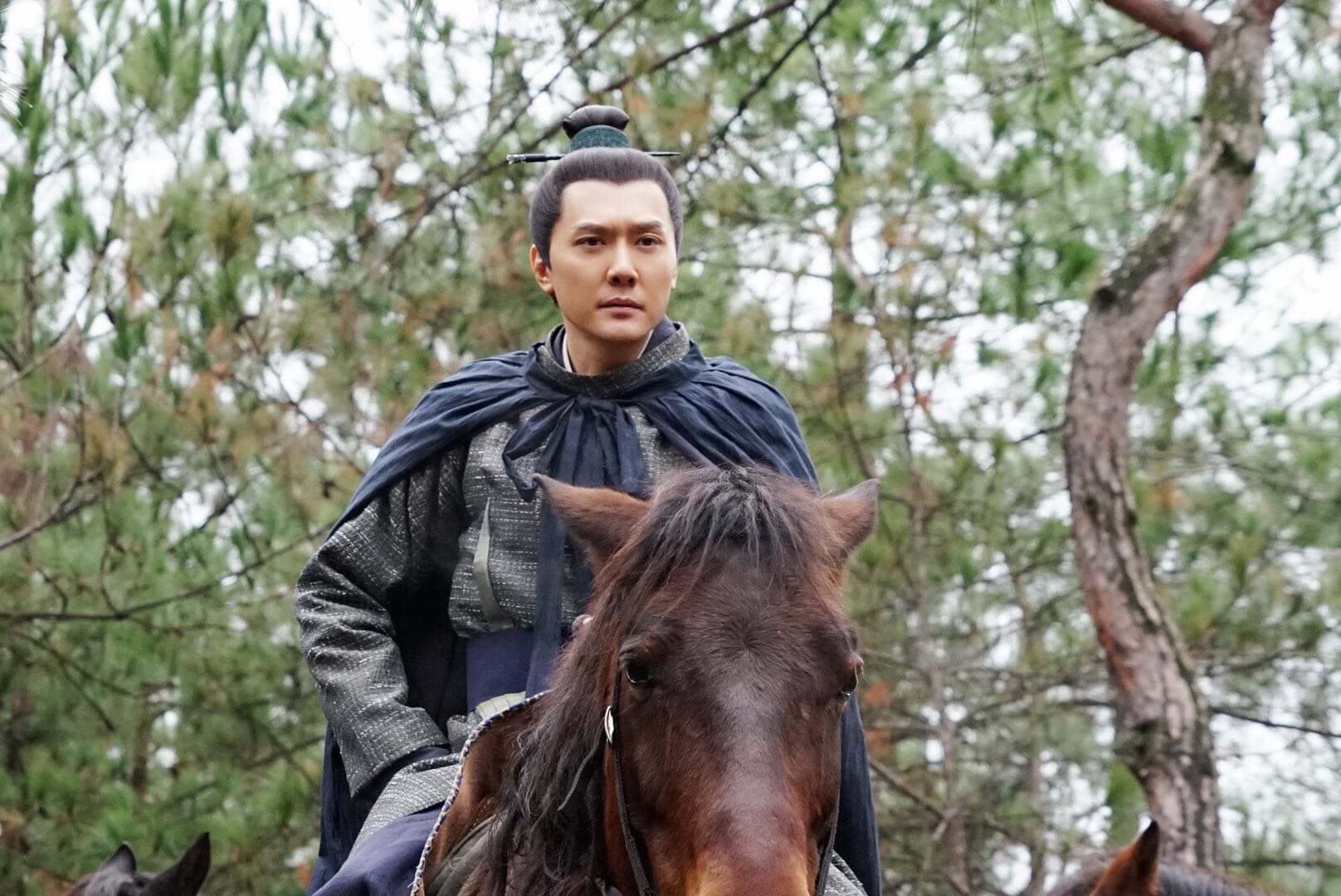 In the beginning, he appears to be a ne’er-do-well character. But once you learn of his backstory, your heart starts aching for him. Gu Ting Ye loses his mother at a young age and is seen as the prodigal son of the family because of a bad reputation that has been fabricated by others.

Underneath the hearty laughter and ne’er-do-well facade is a fiercely loyal, resourceful, and romantic person. He’s cute when he is being cheeky and teasing Ming Lan, but he’s also extremely swoon-worthy when he is serious and dependable. He’s the kind of man who makes you feel like nothing bad will happen if he is there.

Though he is born into a good family, Gu Ting Ye’s reputation sets him apart as the odd child of the family. He is someone that no one thought will succeed in life; which is why I love that these two kindred spirits found each other in such an oppressive society.

The slow burn romance between the OTP 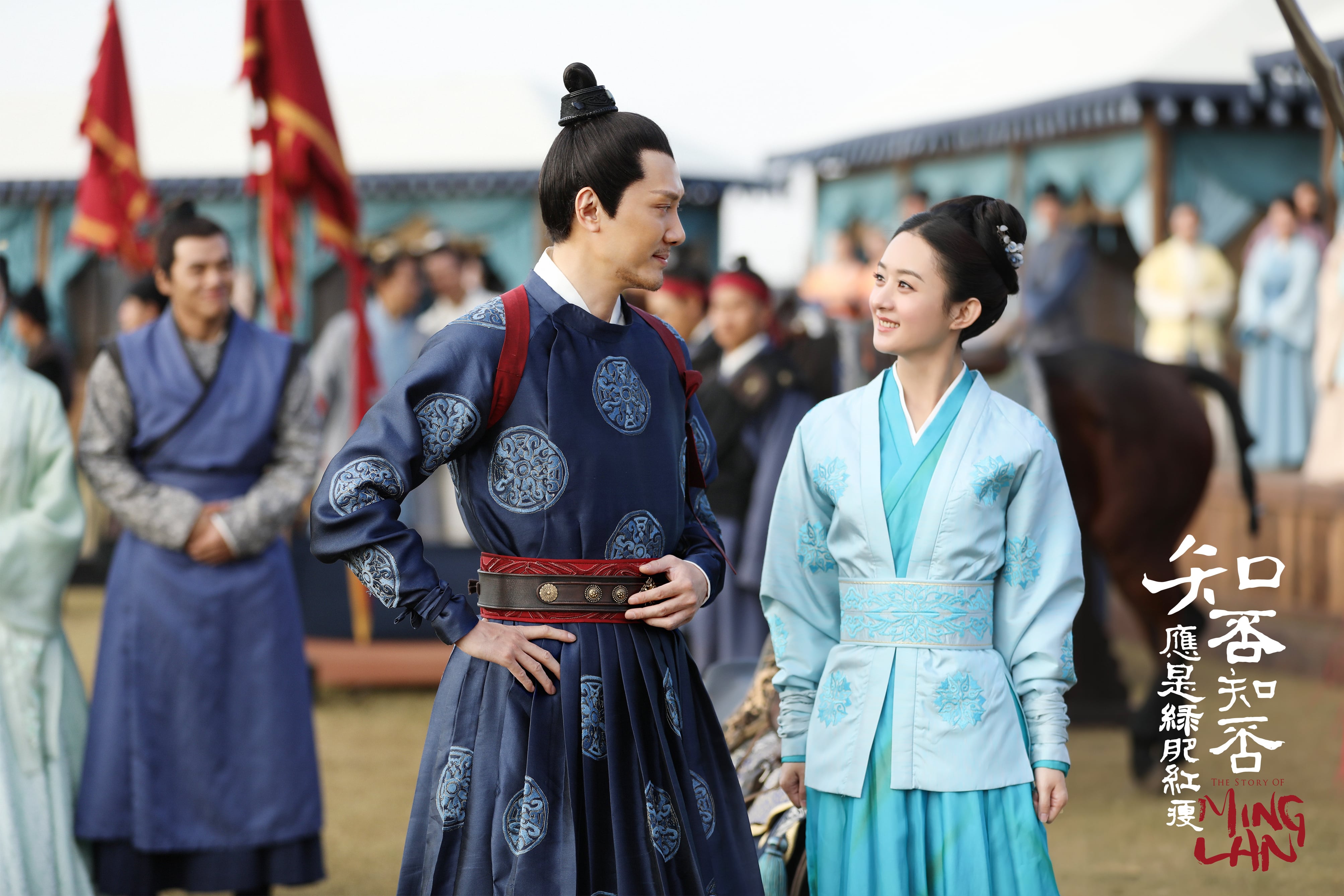 There is so much to gush over our OTP, Ming Lan and Ting Ye. Though I must say, I was confused who the end game was for a good minute since they had so few interactions initially. But when they finally get together and have real interactions, it makes up for the waiting.

On paper, our OTP couldn’t be more different. Ting Ye is passionate and stubborn. He will do what he wants, even if the society frowns upon it. On the other hand, Ming Lan is guarded and only wants to live peacefully even if she has to restrain herself from being who she is. They are a little like fire and ice.

Yet, it works. Ting Ye sees Ming Lan for who she is despite her guardedness. They understand each other because they have both suffered the loss of their mother at a young age and grew up as the unfavored child in the family.

Maybe the fact that the actors are actually together in real life adds to their natural chemistry. They are just so comfortable with each other. What gets me the most is that Ting Ye just wants Ming Lan to be jealous because she has been so polite and reserved with her emotions. And from the way he looks at her and lights up when he sees her, you just know how much Ting Ye adores Ming Lan and will get the moon for her if that is what she wants. 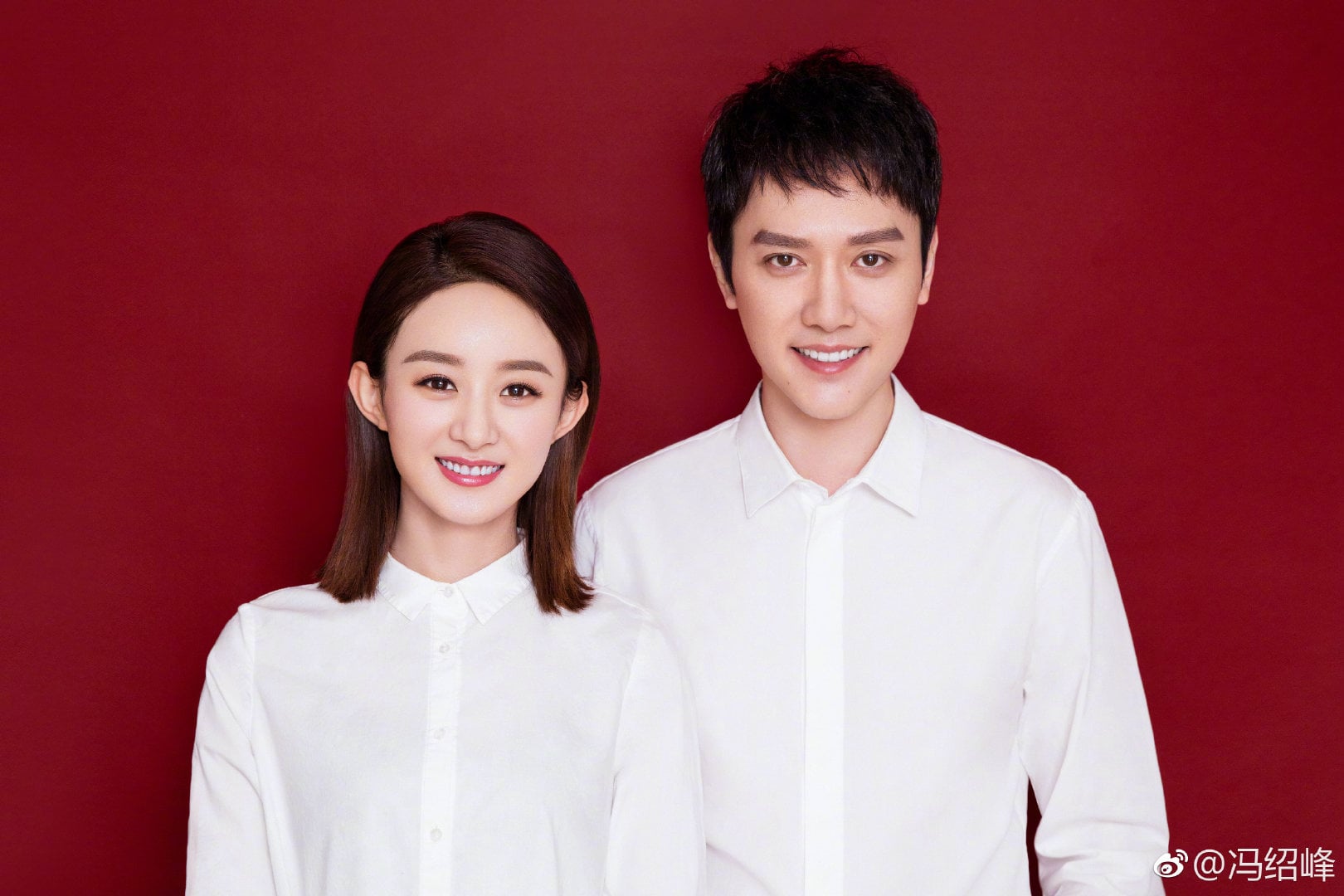 The show also boasts a strong group of supporting cast. All around, the acting is superb. 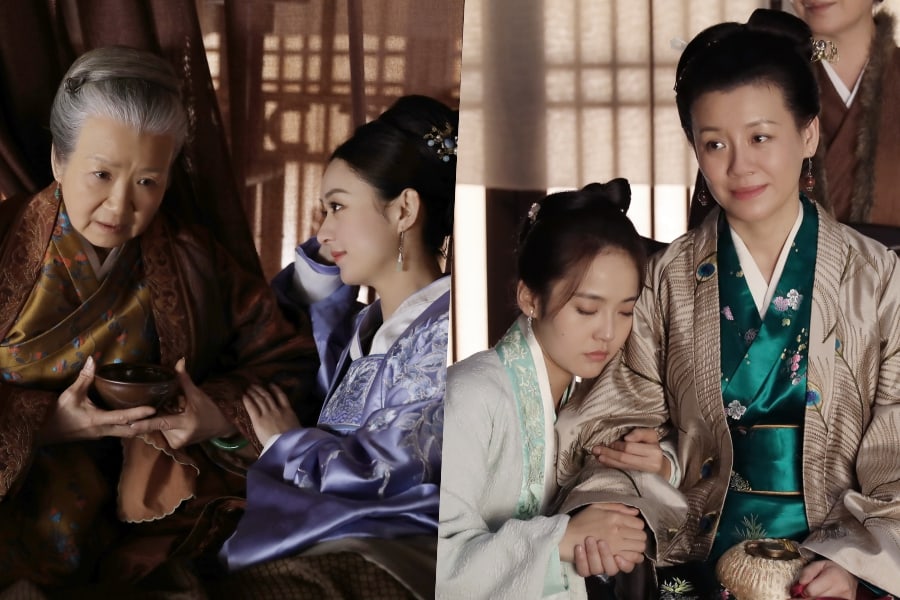 Granny Sheng (Cao Cui Fen) is the best. After Ming Lan’s mother passes away, Granny Sheng takes her in and brings her up like her own daughter. Granny is smart and shrewd, and knows exactly what’s up without Ming Lan telling her. She has the cutest and loving relationship with Ming Lan and she is also the only one Ming Lan reveals her true feelings and thoughts to.

The other supporting characters are all flawed but wonderfully acted. Sheng Hong (Liu Jun), Ming Lan’s father, is often at a loss about how to manage internal affairs but he tries his best to be a good father. Wang Ruo Fu (Liu Lin), the main wife of the Sheng household, is not a likable character but you empathize with her when you learn about her backstory.

Sheng Ru Lan (Zhang Jia Ning), the fifth Sheng sister, is my favorite sister. Even though she is petty and childish towards the fourth sister, she is mostly harmless and a little naive. She is straight forward but has no ill intentions. And as the story progresses, she also matures and becomes more grounded.

Gender roles and the importance of status in ancient China

Right from the start, we see the importance of status in society. A child of the concubine is of lower status than a child of the main wife. One is also constantly judged by their birth no matter their success.

We see how this gets played out throughout the story, firstly through Ming Lan, who understands her place and avoids the pursuit of a young man who she deems as out of her league. Ming Lan’s fourth sister, who is also a child of a concubine, schemes her way to get married to a man of high status even though she is considered unsuitable by her own father. And after getting married to Gu Ting Ye, Ming Lan is still constantly put down by others for being the daughter of a concubine.

Not just for the females, there is also immense pressure for the men to pass the imperial exam so that they can become officials and nobles. 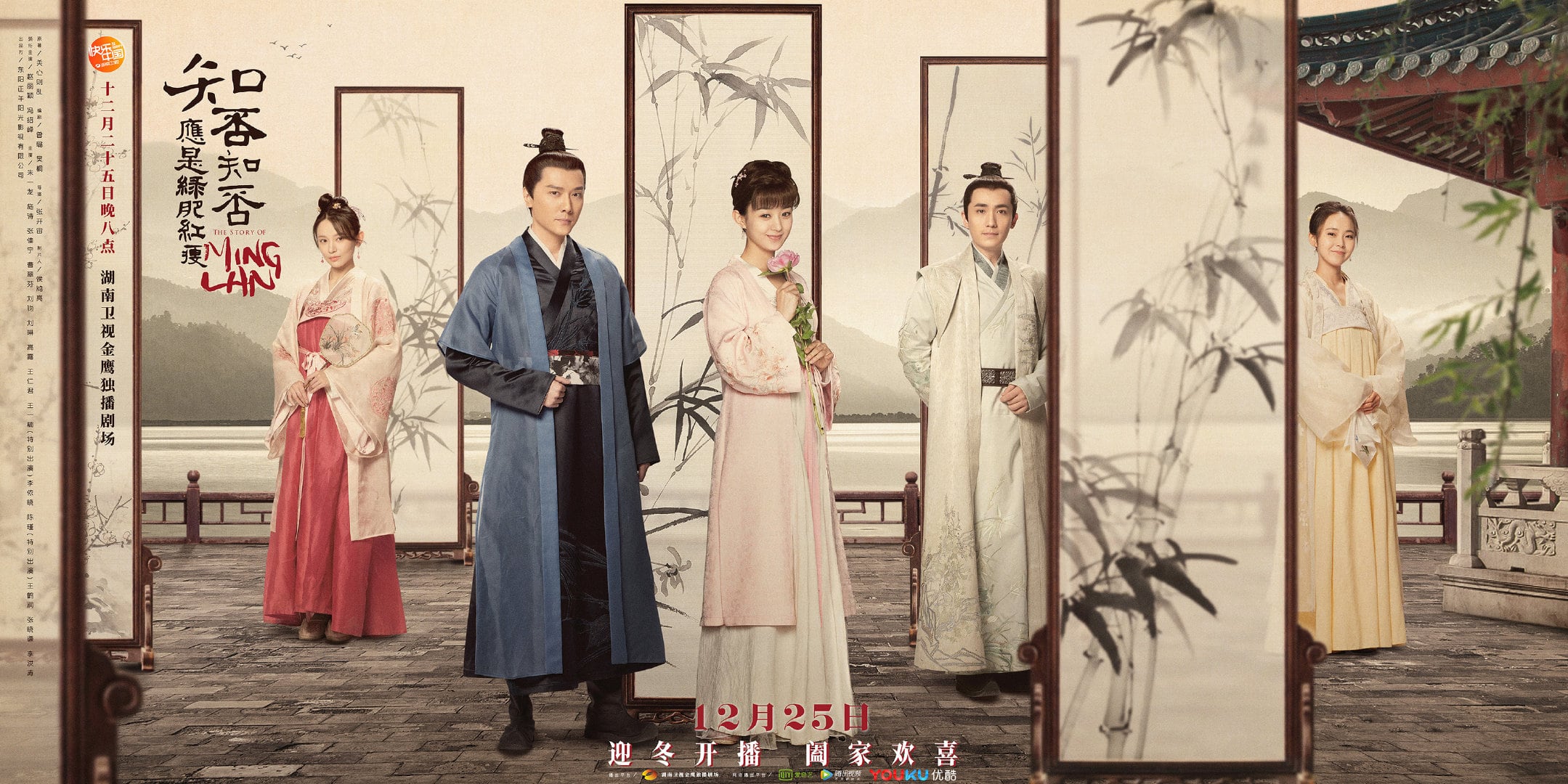 While watching, you also get a sense of how oppressing it is to be female in ancient China. Females have to follow a certain code of conduct. They are not allowed to be involved in political affairs. The only way to have a good life is to marry well. For modern viewers, the show is a good lesson in history and gender roles in ancient China.

With 73 episodes, “The Story of Ming Lan” is no doubt a slow burn type of drama. But it feels fresh and different from many of the historical dramas I have watched before. If you like a good character-driven story or are looking for something different, give this a go!

Hey Soompiers, have you seen “The Story of Ming Lan”? Let us know your thoughts in the comments below!

Bellyfull is a pop culture junkie who feeds on dramas, music as well as pop culture memes and puns. She also loves BTS as much as she loves mint chocolate ice cream.

Soompi Spotlight
The Story Of Ming Lan
How does this article make you feel?