On June 7, around 3 a.m. KST, Jang Jae In reportedly uploaded a series of posts on Instagram accusing her boyfriend, Nam Tae Hyun, of cheating on her.

In the KakaoTalk screenshots, “A” accuses Nam Tae Hyun of lying to her when he told her that he had broken up with his girlfriend a month before. She says that her friend had seen him with Jang Jae In at a movie theater in Yongsan. In his response, Nam Tae Hyun says that his relationship with Jang Jae In is “ambiguous” and that “A’s” friend had mistaken the situation for something else. Nam Tae Hyun then says that “A” had told him she wanted to be in a relationship, and “A” responds that she had made it clear that she would only be in a relationship with him if he had broken up with his girlfriend.

Jang Jae In personally wrote on Instagram, either in post captions or in screenshots of a note-taking app on her phone:

1. We were just getting to know each other, but you decided on your own to publicly reveal our relationship and put me and my agency in a difficult situation. If you’re going to live like this, you should just have kept it private. I wondered why you were so focused on publicly revealing our relationship, but now I realize it’s because you go around doing stuff like this.

To Nam Tae Hyun, and in particular, to Nam Tae Hyun’s fans, stop sending me malicious DMs and comments. The other women must have quietly let this go, but I refuse to see another woman fall victim. I don’t expect you to come to your senses, but you should at least have the bare minimum of a conscience.

I wrote this myself. It seems like he thought that other people lived the way he did. I feel bad because I have grown distant from good people.

Jang Jae In’s Instagram currently has no posts, but her Instagram bio has changed to the following: “All the rumors about you were real. I know it’s not just ‘one’. Thank you for letting me speak out. Don’t let any man control you. That’s all.” 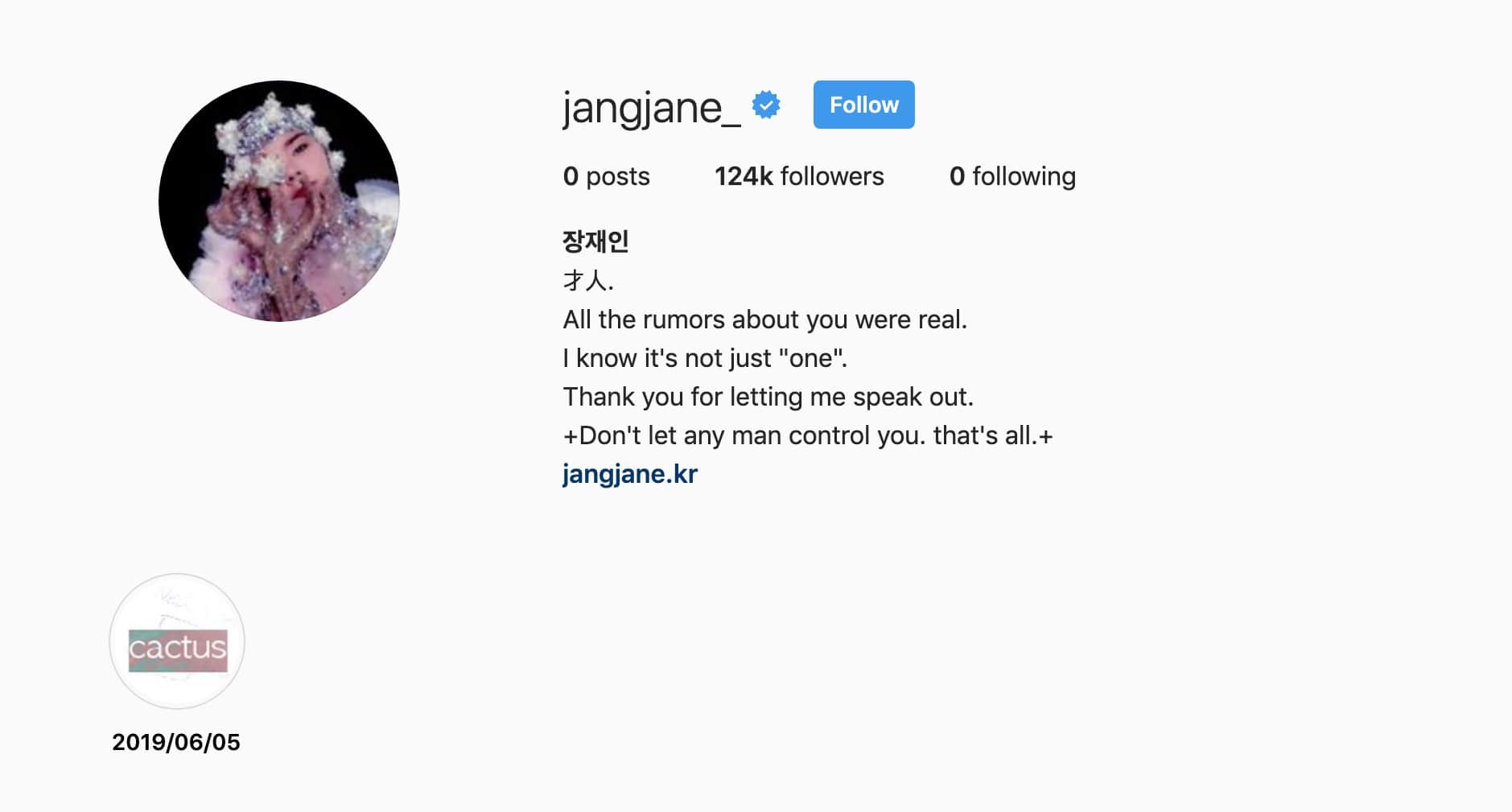 In April, Jang Jae In and Nam Tae Hyun confirmed that they had begun dating after they had started filming the tvN variety show “Studio Vibes.”

Nam Tae Hyun
Jang Jae In
Studio Vibes
How does this article make you feel?