The upcoming drama tells the story of an elite hotelier (Yeo Jin Goo) who ends up becoming the manager of Hotel del Luna and meets the beautiful but ill-tempered boss (IU). Described as a fantasy horror romance, it will center on the pair running the hotel.

On June 7, “Hotel del Luna” unveiled its first teaser poster which shows the beautiful night view of Seoul. Above it, Hotel del Luna is visible in the large moon. These elements reflect the mysterious presence of another world which is a place for wandering ghosts. 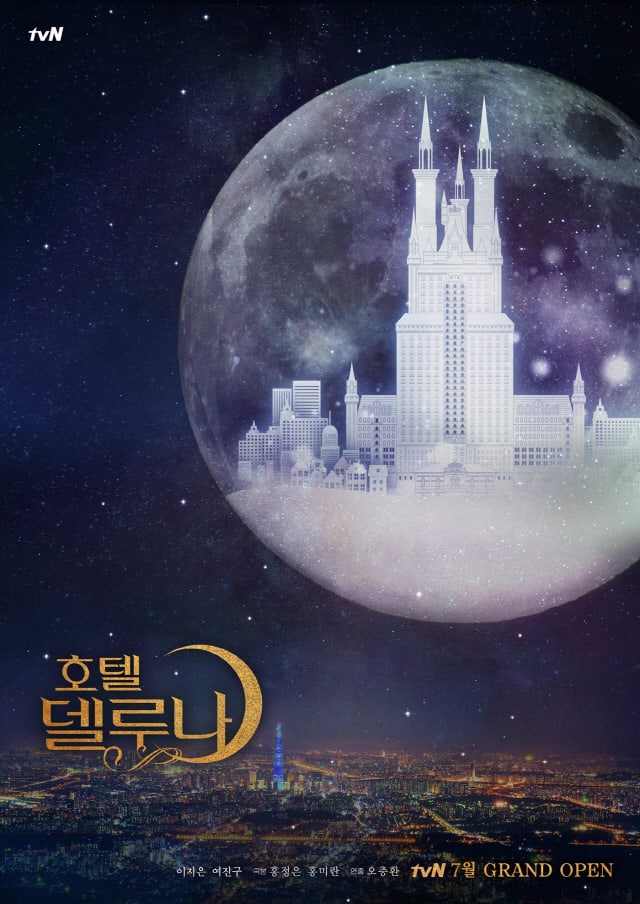 The producers commented, “We aimed to show the special and mysterious atmosphere of ‘Hotel de Luna’ through the teaser poster in an impactful way to those who were curious.” They also asked viewers to look forward to the combination of the Hong sisters, director Oh Choong Hwan, IU, and Yeo Jin Goo as “Hotel del Luna” opens for business when the moon rises.