OCN’s new weekend drama “Watcher” has shared character teaser posters for the main cast. The fierce gaze coming from the three actors is enough to raise anticipation for the drama. “Watcher” will follow the story of an anti-corruption team that tries to uncover corruption within the police force and find out the hidden evils of the system. The interesting premise of police catching police will reflect the hidden sides of people as a psychological thriller. 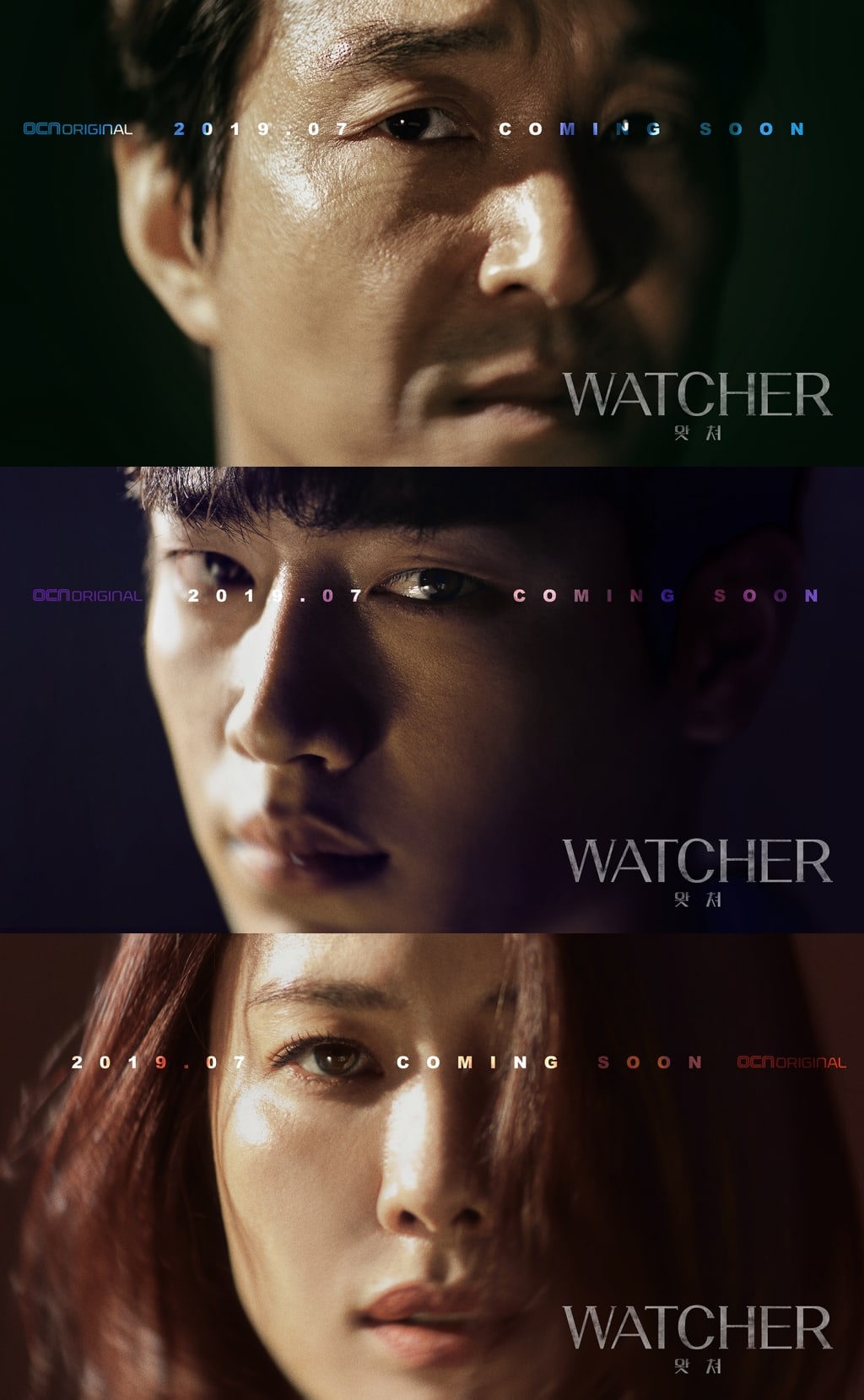 Do Chi Kwang is the head of the team and he has a cold look in his eye, appearing to question everything. His intense gaze is in search of truth, and he is even able to pierce into people’s intentions and thoughts. Kim Young Goon also holds a strong gaze but with a hint of sadness, reflecting a past that continues to haunt him. It will be interesting to see why he has decided to join the team and work with the other two. Meanwhile, Han Tae Joo is the “queen of negotiation,” a charismatic elite lawyer who undergoes changes after an unexpected incident. Her cold expression and strong gaze are captivating in the teaser poster.

The production staff shared, “This teaser poster perfectly portrays the characters Han Suk Kyu, Seo Kang Joon, and Kim Hyun Joo will take on. The single poster holds so many emotions and will leave a lasting impact on people,” and “The three actors’ synergy will create a thrilling and fun drama to watch.”

“Watcher” is set to be the follow-up drama to “Voice 3” and will premiere in July.