MBN’s upcoming Wednesday-Thursday drama “Level Up” has unveiled the posters for its two lead actors!

“Level Up” is a romantic comedy about an ordinary woman who is super-passionate about video games (Han Bo Reum). She teams up with a company restructuring expert (Sung Hoon) in order to revive a bankrupt game company. 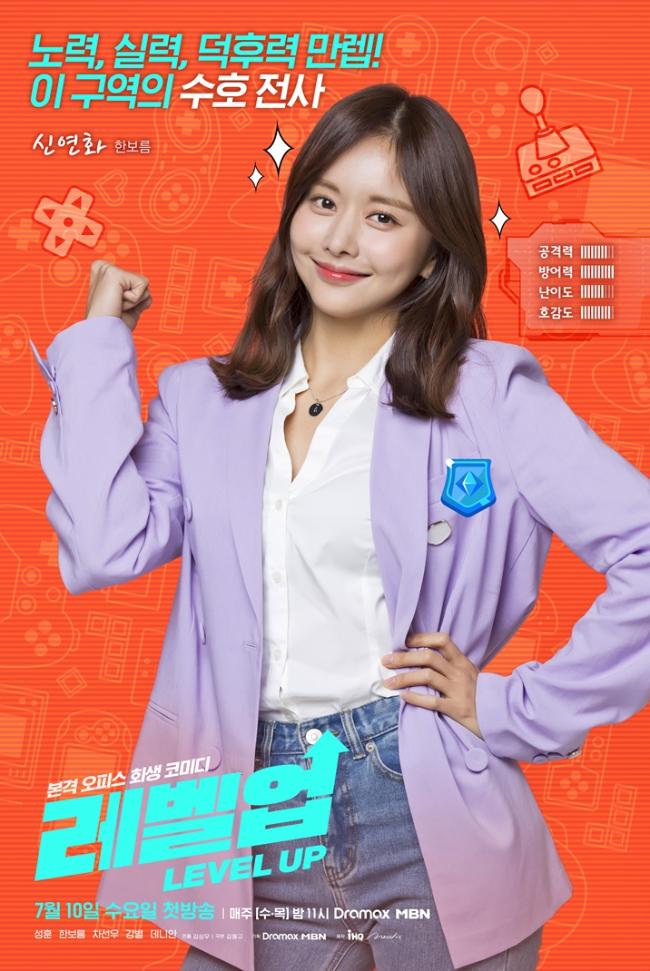 Not only does Han Bo Reum look supremely confident in her drama poster, but the caption reads, “Hard work, talent, fan passion – full level! The guardian warrior of this place.”

Han Bo Reum said of her character, “Shin Yeon Hwa and I share the same ‘passion.’ I really like that she’s honest and that she can’t stand feeling frustrated. She’s not a character like Candy or Cinderella.”

She added, “I am also the type of person who tries to do everything herself even though I am lacking in many things. I can relate to Yeon Hwa, who wants to appear strong and tough but actually has a tender heart.” 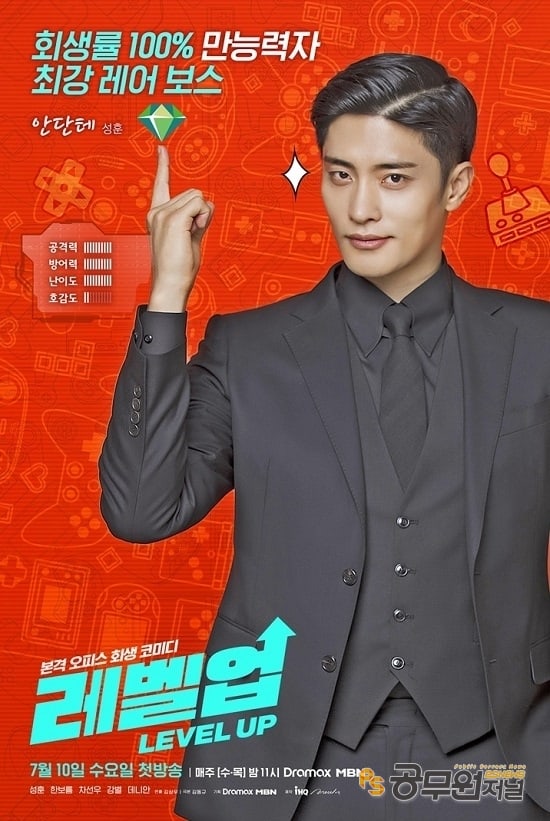 Sung Hoon’s poster shows his character looking sharp and ready to take on his job. His caption reads, “A multitalented man who has a 100 percent success rate of reviving companies. A strong, rare boss.”

Of his character, Sung Hoon said, “My level of similarity to Ahn Dan Te is almost zero. Ahn Dan Te is very thorough in his business affairs, and he has a sharp-edged personality. I am more easygoing and freethinking.”

He added, “But that’s why I was drawn to this character, and felt curious about him. I liked being able to bring out everything that I had imagined while reading the script.”

“Level Up” premieres on July 10 and will be available on Viki. Check out the trailer here!

Han Bo Reum
Sung Hoon
Level Up
How does this article make you feel?