The cast got together recently to learn choreography from Lia Kim for their upcoming fan meeting. Some cast members like Kim Jong Kook, HaHa, and Jun So Min were able to easily pick up moves as they were used to dancing, receiving applause from the choreographer. Meanwhile, other members like Ji Suk Jin were unable to follow along with the fast tempo of the music, and the road ahead looked rough as they even asked if they could alter the choreography. 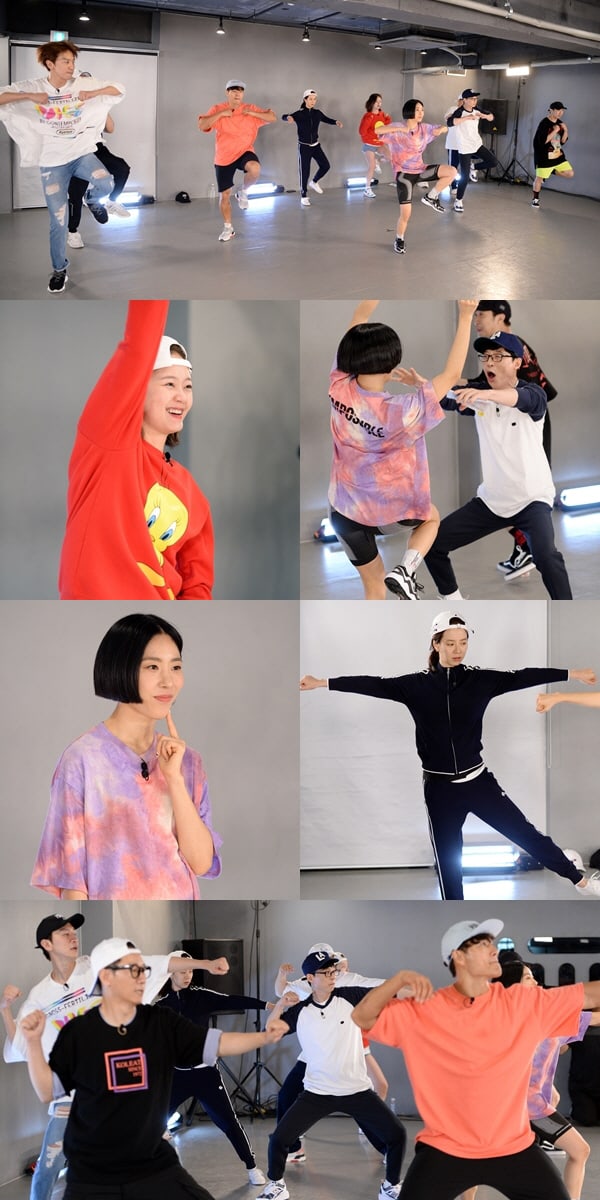 When the members struggled to follow along with a difficult dance move, Lia Kim pulled out a “One point lesson card,” which required them to repeat the same move 100 times, catching the cast off guard. Once they were done with the lesson, the cast joked, “The only reason we got through the whole thing is because there were cameras.”

Anticipation is high though as Lia Kim said, “I can see the potential” after seeing the members’ dance moves, and their work together will air on June 9 at 5 p.m. KST.

Running Man
Lia Kim
How does this article make you feel?