Akdong Musician’s Lee Chan Hyuk revealed that someone in the military was interested in his sister.

On the June 8 broadcast of JTBC’s “Ask Us Anything,” Lee Chan Hyuk made his first appearance on a variety show since being discharged from the Marine Corps.

The cast asked him if there were any soldiers who expressed interest in his younger sister. “There was one,” replied Lee Chan Hyuk. “He was a lower rank than me. You know how if there’s an idol group, there’s a member in charge of the visuals? He usually doesn’t like those people.”

The “Ask Us Anything” members burst into laughter and asked if he was throwing shade at his sister. Lee Chan Hyuk explained, “That’s what he said to me, that he doesn’t like those types. But he saw Soo Hyun singing on ‘Begin Again.’ He said, ‘Chan Hyuk, I think she’s my style.'” 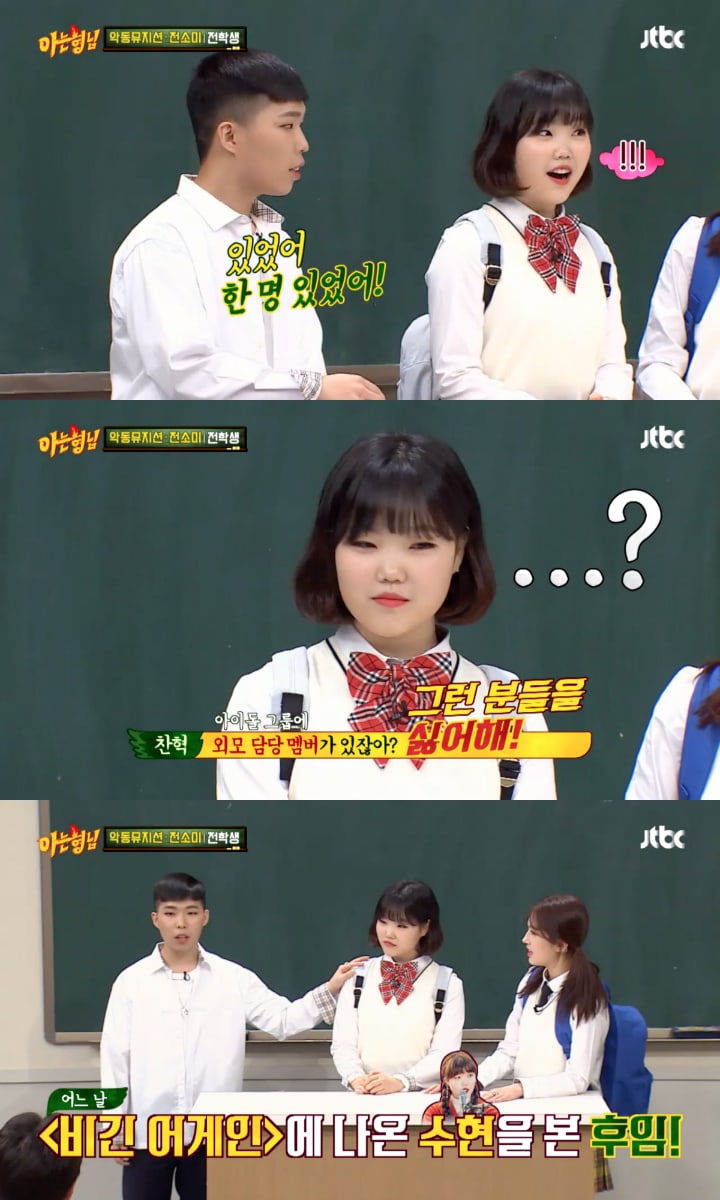 Lee Soo Hyun commented, “It’s my first time hearing this. Who is he?” and her brother answered, “The guy you saw last time.” He added that they all met when Lee Chan Hyuk bought him and another fellow soldier a meal.

Remembering this, she said, “I did eat with them. It was one of them?” and Lee Chan Hyuk replied, “The one that had a big build.” He described the guy’s appearance and Lee Soo Hyun immediately recalled who he was. When asked if he was her type, Lee Soo Hyun answered with a laugh, “I didn’t really see him well because I was eating.”

Lee Chan Hyuk was then asked if there were any girl groups that he liked while serving in the military. He said, “I liked girl groups as well, but I actually watched a lot of ‘Yoo Hee Yeol’s Sketchbook.’ I fell for one person while watching that – the ‘Korean Traditional Music Girl’ Song So Hee.”

Lee Soo Hyun added, “When he came out on break, he showed me clips of her and sang along to her songs. He told me to get close to her.” 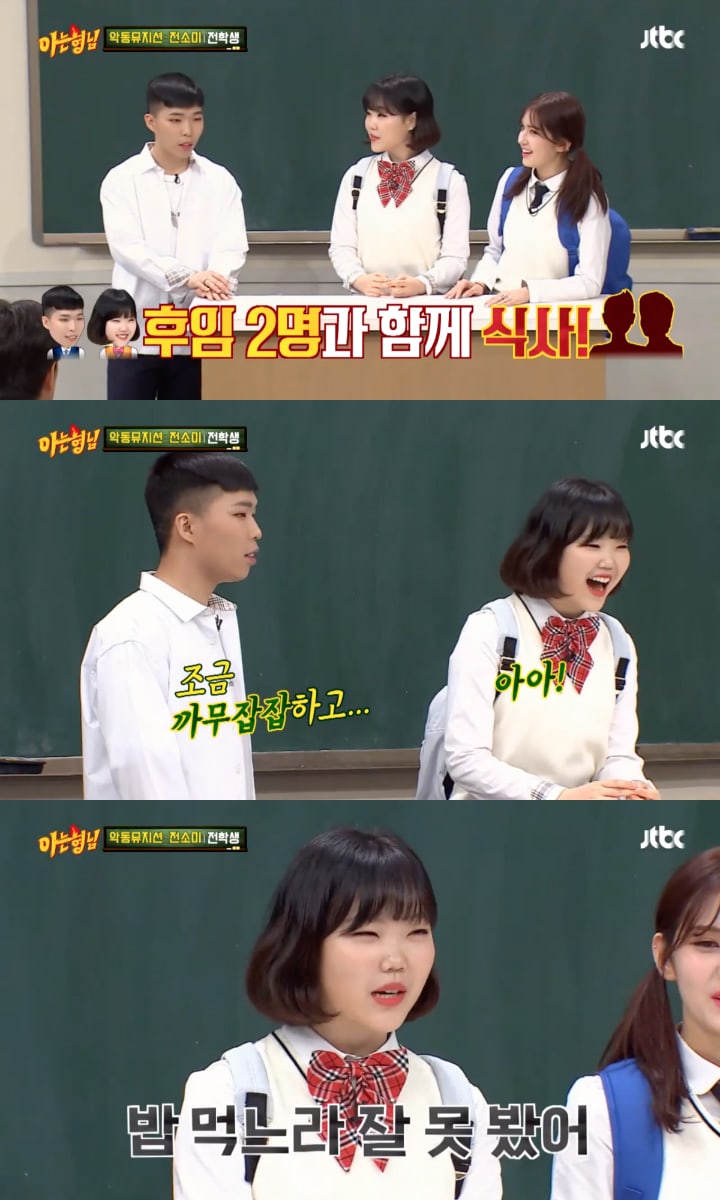 AKMU
Knowing Bros
Lee Chan Hyuk
How does this article make you feel?