Chungha and her manager showcased their personal and professional relationship on MBC’s “The Manager.”

On the June 8 episode, the singer revealed a day in her life with her manager Ryu Jin Ah.

Chungha is currently under MNH Entertainment, and the agency is well-known for growing alongside the artist. MNH Entertainment Director Lee Joo Seop, who’s been with Chungha since her “Produce 101” and I.O.I days, also appeared on the show.

He said, “I remember when I first cast Chungha.” Thinking back to their first meeting, she said, “I liked that he was honest. When I first met the director, he said, ‘There’s nothing I can do for you.'”

Speaking about the agency’s difficult beginning, the manager revealed, “At first, the director did all of the work. The agency was in a basement. But it recently moved above ground and many employees now work at the agency.”

The broadcast showed Chungha leading the concept meeting for her new album. She also introduced her team of dancers that she’s worked with for 10 years. They had perfect teamwork as well as many memories together, and viewers got to see them enjoying the car ride to a college festival.

Chungha performed “Gotta Go” at the event, and her manager handed her water right after the song ended. When the next song began, the singer walked down from the stage towards her manager who put her hand in her coat. 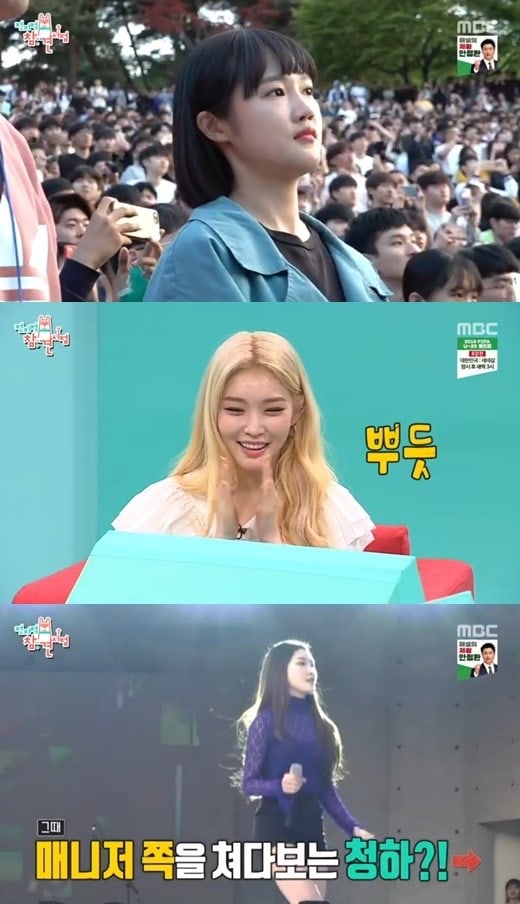 The manager handed Chungha her cell phone, and she held a selfie event with the audience members. Seeing this, the MCs commented “A selfie event! That’s so cool!” Chungha explained, “While going to events with my manager, we thought about how we could make memories with the fans and came up with that idea.”

MC Jun Hyun Moo then asked about a time when there was a misunderstanding due to her manager’s appearance. Chungha explained, “When I first debuted, I was walking around with my manager, and they called for me. They said, ‘Chungha! Which one is Chungha?’ and didn’t know which one of us was the singer.”

She continued, “There are many male managers when promoting, and many of them ask for her number. I jokingly say that I have to protect her. She’s pretty.” 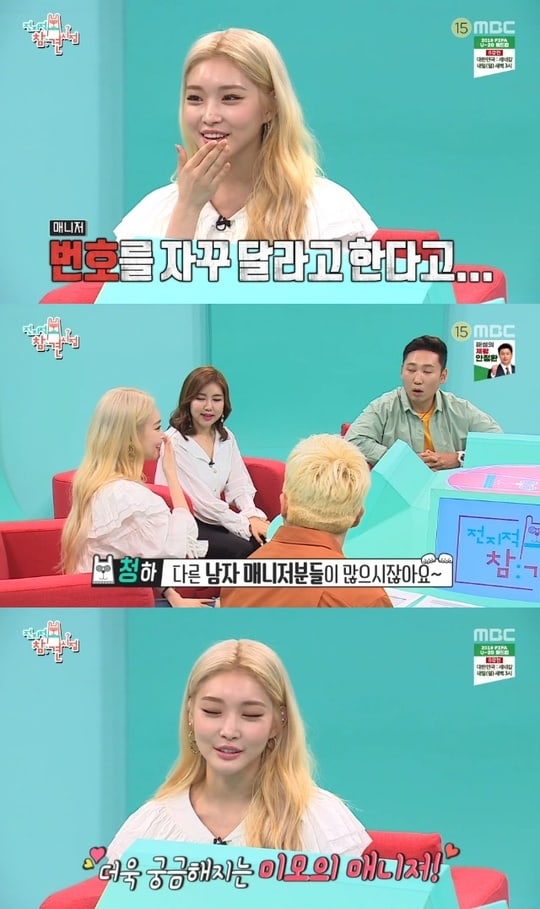 She added, “I dress up in pretty clothes when I’m not working and meet up with friends.” 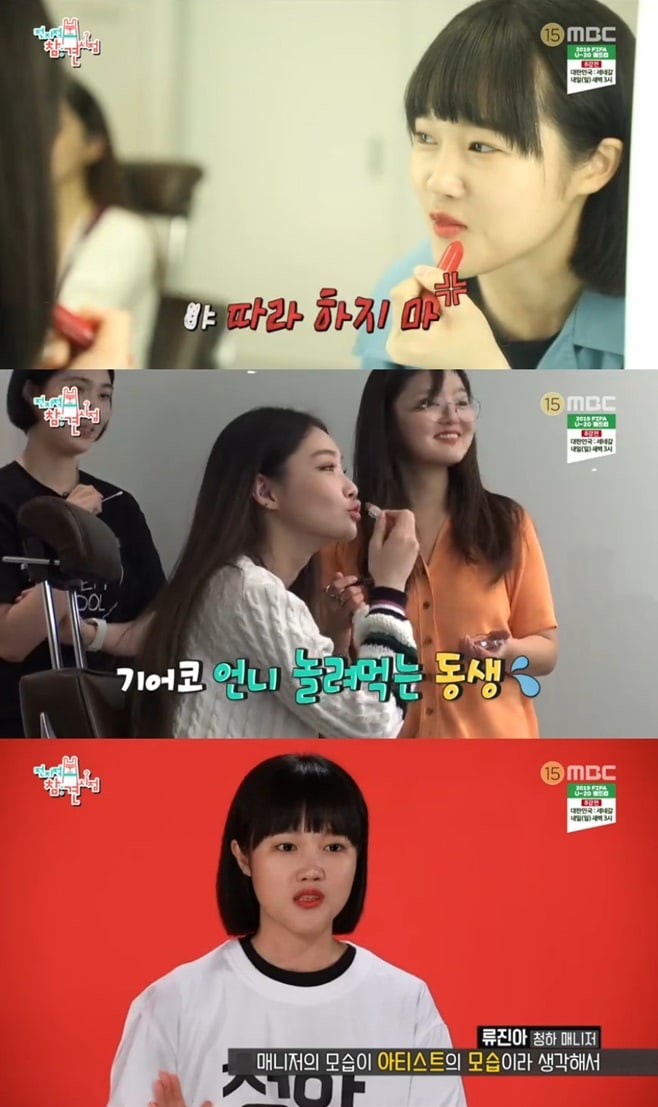 Chungha
The Manager
How does this article make you feel?