On the latest episode of “Ask Us Anything,” Akdong Musician’s Lee Chan Hyuk shared that he wants his sister to experience true love!

The brother-sister duo appeared together as guests on the June 8 broadcast of the JTBC variety show, making their very first television appearance since Lee Chan Hyuk’s recent discharge from the Marine Corps.

During the guessing game segment of the program, Lee Soo Hyun asked the “Ask Us Anything” cast to guess a question that Lee Chan Hyuk had been asking her a lot recently. She explained, “He didn’t use to do this when we were younger, but these days, he keeps asking me [the same question].”

After a long streak of incorrect guesses, fellow guest Jeon Somi finally managed to come close to the correct answer: “When are you going to experience true love?”

Lee Chan Hyuk went on to explain, “In my opinion, Soo Hyun is very wise. She doesn’t easily date just anyone. But many of the songs that I’m writing now [for Akdong Musician] are about breakups and love. I’d like it if we could share those kinds of feelings when she sings those songs.” 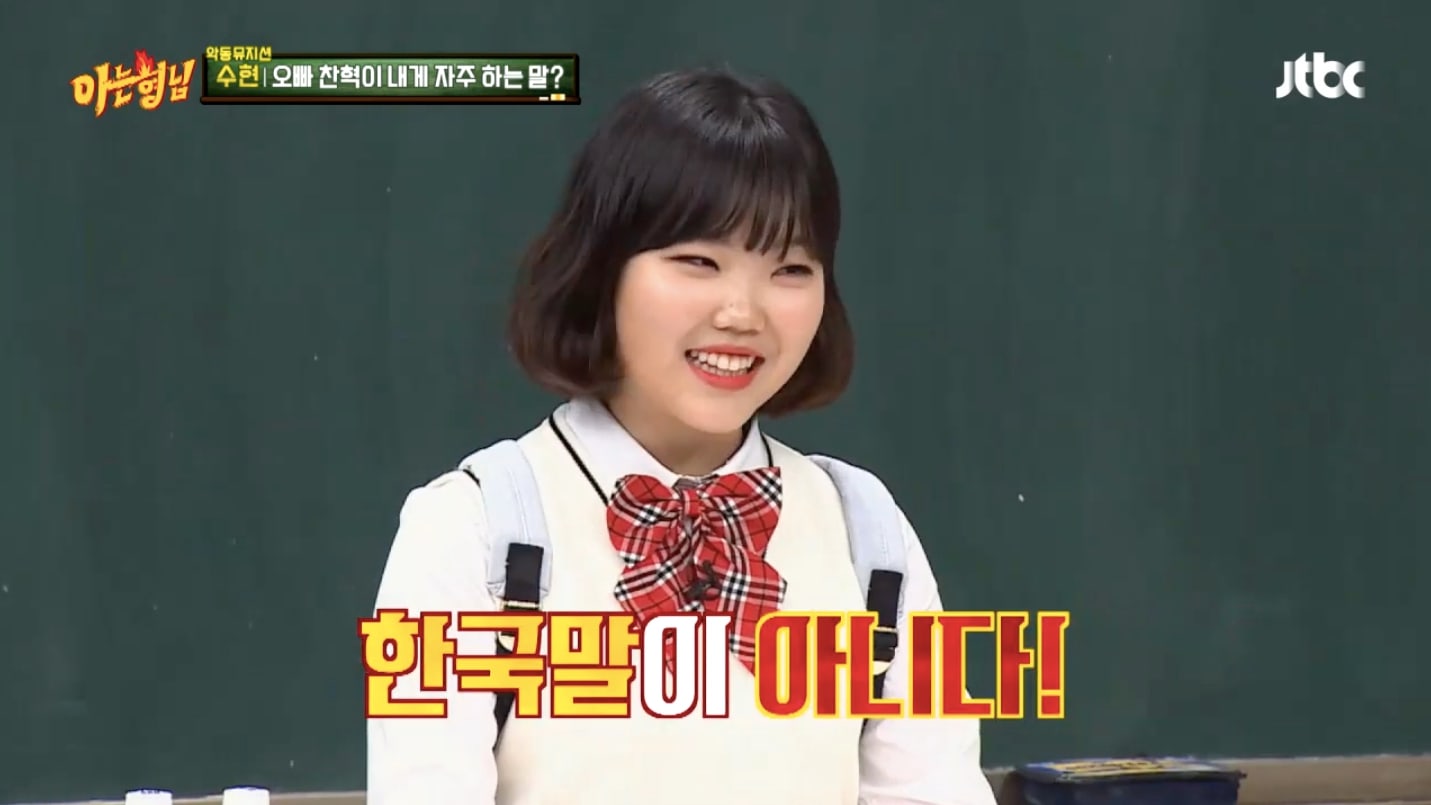 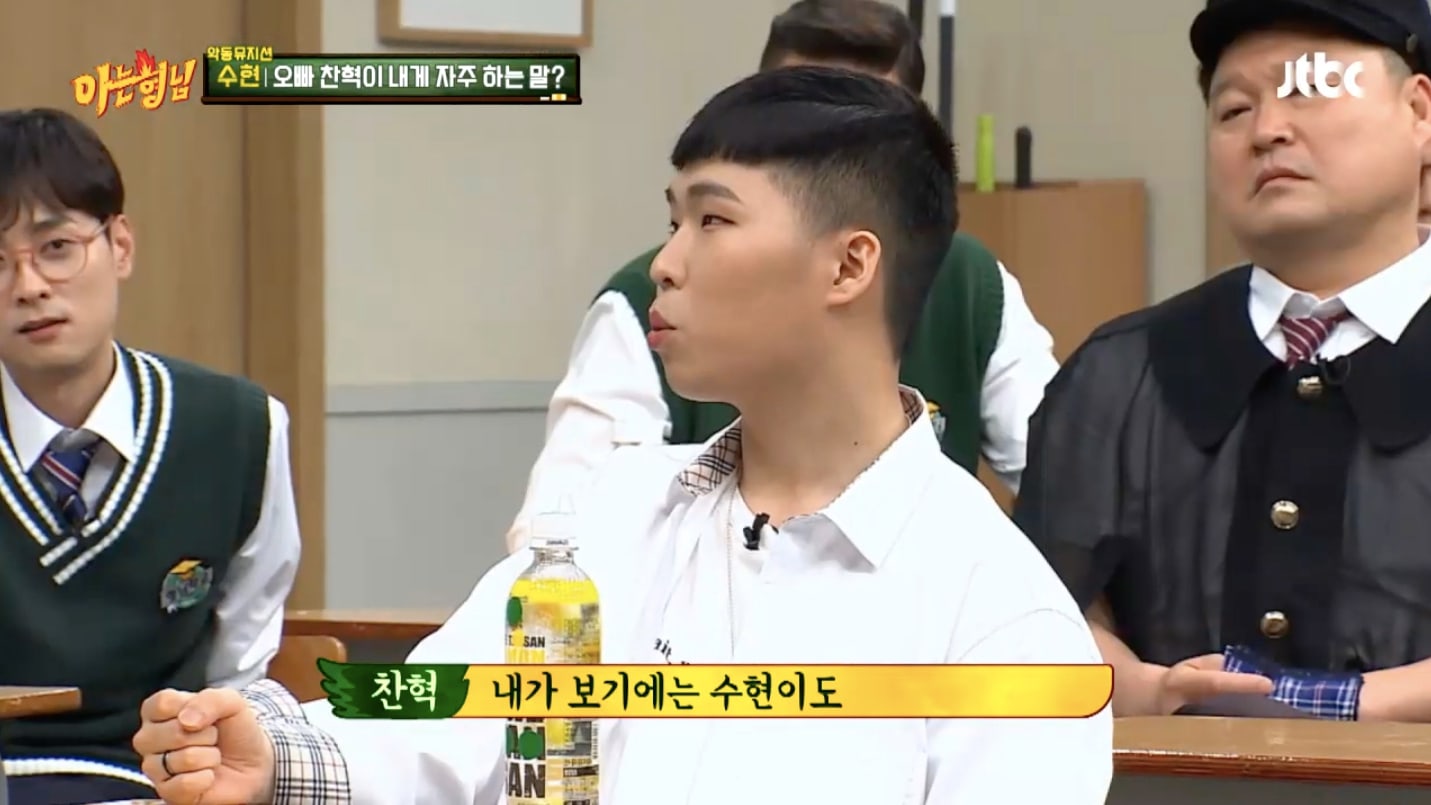 Kang Ho Dong then asked, “Do [an artist’s] songs change after experiencing true love?” Lee Chan Hyuk replied, “Yes, they change a lot,” and Lee Soo Hyun chimed in, “They really do change. I’ve seen all of the music and lyrics written by Chan Hyuk from the very beginning up until now, without missing a single thing, and [the songs] really do change.”

Super Junior’s Kim Heechul asked the singer, “What do you think is a song that was inspired by your brother’s true love?” Lee Soo Hyun responded, “I don’t think one’s come out yet. I think they’ll be included on our upcoming album.”

Kim Heechul went on to ask Lee Chan Hyuk, “What kind of boyfriend would you like your sister to meet?” Seo Jang Hoon then suggested that Lee Chan Hyuk choose one member out of the “Ask Us Anything” cast that he thought would make a good boyfriend for his sister.

After giving it some thought, Lee Chan Hyuk chose Lee Sang Min, explaining, “Sang Min seems thoughtful and reflective. And he doesn’t talk much, but when he says something, it’s witty and makes everyone laugh.” 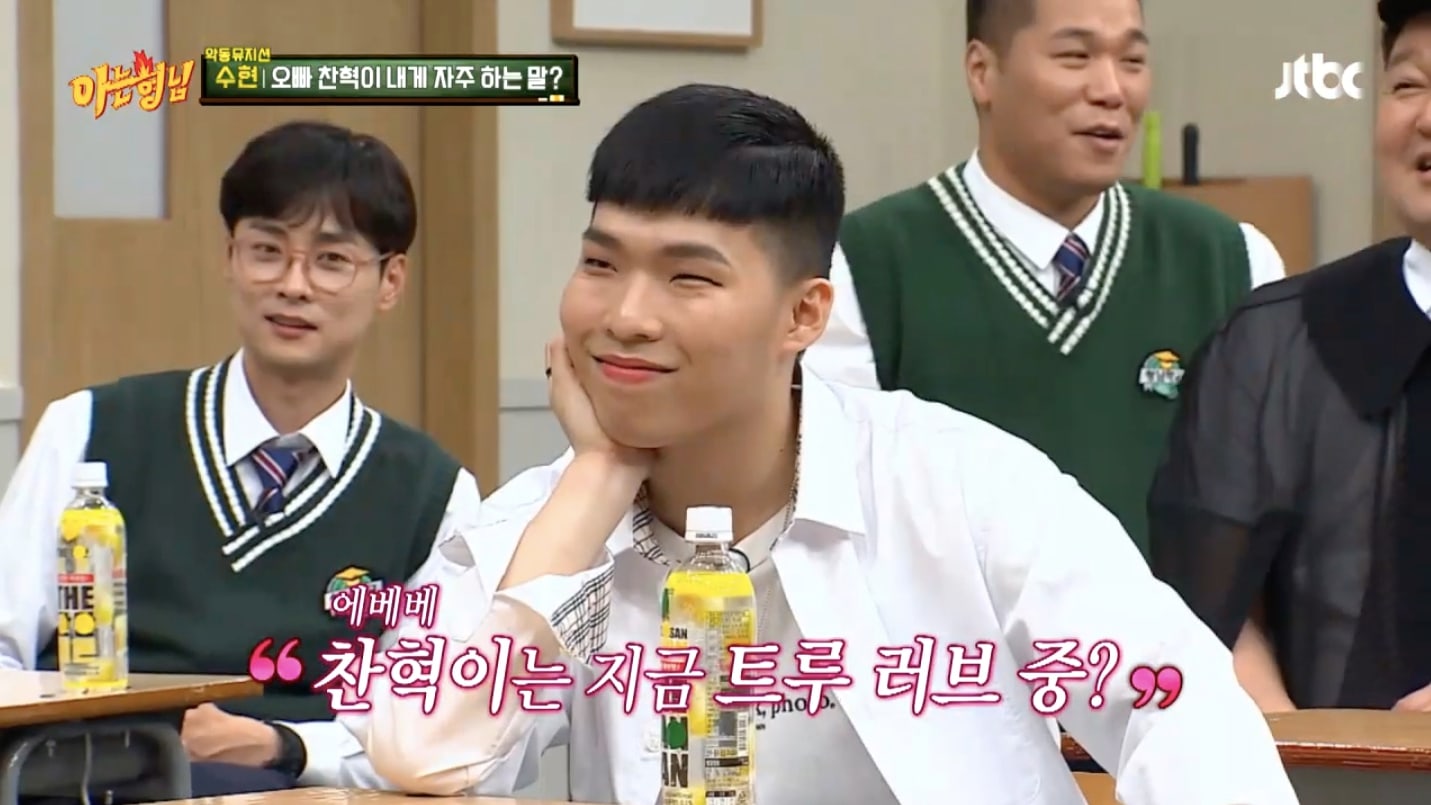