Kim Young Kwang, Jin Ki Joo, and Kim Jae Kyung will get together in the upcoming episode of “The Secret Life of My Secretary.”

In the stills, Jung Gal Hee and Veronica are sitting in front of Do Min Ik and look as if they’ve switched outfits. Jung Gal Hee is dressed in fancy clothing as if she’s pretending to be Veronica Park while Veronica is wearing a formal secretary’s outfit. 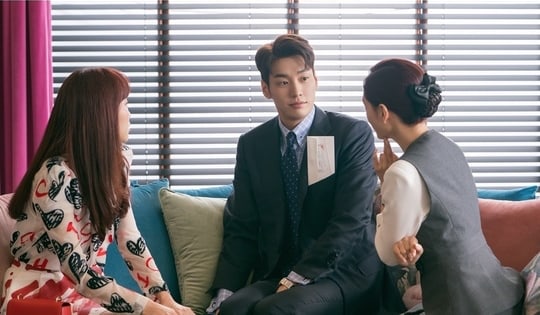 A source from the drama said, “We ask you to carefully watch Veronica Park, who holds the key to the gathering between the three people, her plan, and the emotional changes in Do Min Ik and Jung Gal Hee.”

“The Secret Life of My Secretary” airs on Mondays and Tuesdays at 10 p.m. KST. Check out the latest episode with English subtitles below!

Kim Jae Kyung
Kim Young Kwang
Jin Ki Joo
The Secret Life of My Secretary
How does this article make you feel?