On the June 8 episode of MBN’s “Hoon Man Jung Eum” (literal title), Sandara Park appeared as a guest and spilled the tea on her dating history.

Surprised, the MC followed up with, “Is your workplace the reason why you only dated celebrities? Are the people who you’ve dated models, actors, or in the same field as you?”

“Most of them were in the same field,” answered Sandara Park. “When [singers] go to music shows, we exchange looks, and those kinds of things happen naturally. About 100 singers gather at year-end award shows. It’s fun when you spend Christmas, end of the year, and New Year’s together.” She added, “The important thing is that you have to [tell] your members.”

The other guests then commented, “How did you not get caught once? When you go on dates, you want to go to delicious restaurants and things like that, but you must’ve been really secretive.” g.o.d’s Park Joon Hyung joked, “Are you sure you’re not the only one who thought the two of you were dating?”

Sandara Park then said, “In order to not get caught, you have to be ‘cyber lovers.’ We mostly met in cars, never went out to eat, and never got food delivered. We just starved.” 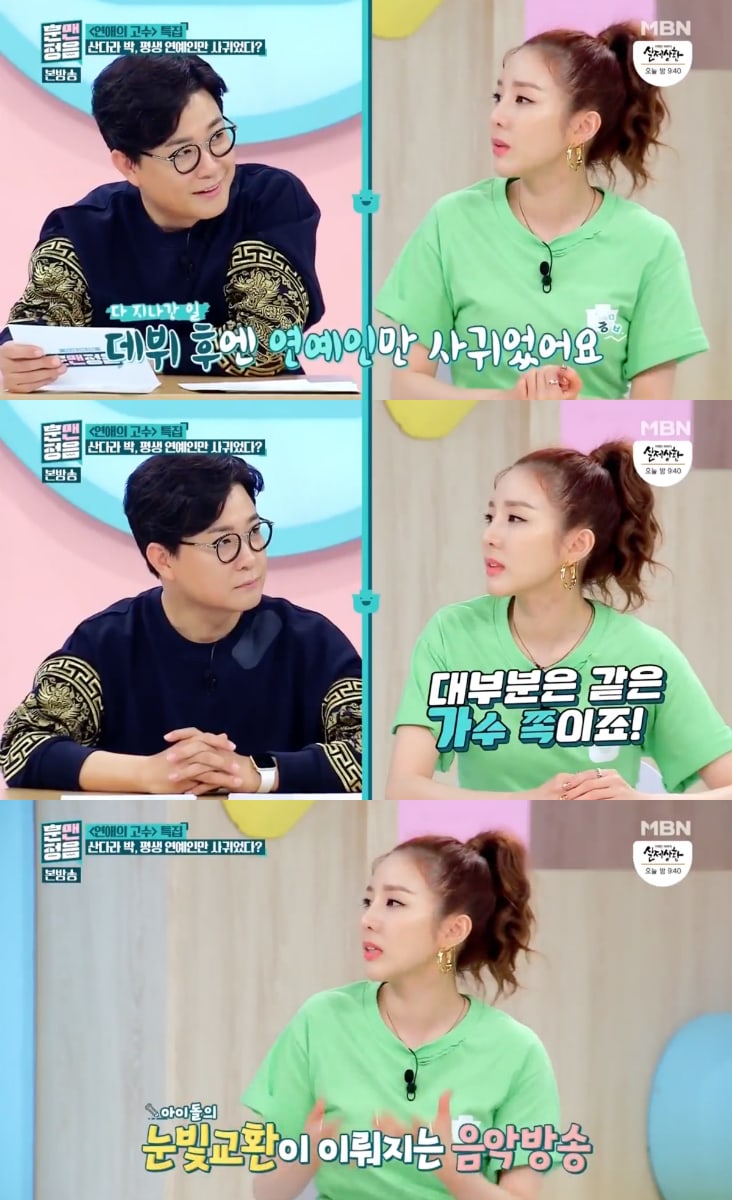