“Angel’s Last Mission: Love” tells the story of Dan (played by L), an angel who has to carry out his mission, and Lee Yeon Seo (Shin Hye Sun), the woman who falls in love with him. Dan is always looking out for Lee Yeon Seo and melts her heart with his innocence and devotion to her. He has now become someone who gives her strength and always reaches his hand out to her, someone she feels she can’t live without.

The new stills show Lee Yeon Seo reaching out for Dan this time. He is standing at the ledge of a bridge, but Lee Yeon Seo is holding on to him to keep him grounded in a dangerous situation. A myriad of emotions play across Dan’s eyes as he looks down at Lee Yeon Seo as she steadily holds on. 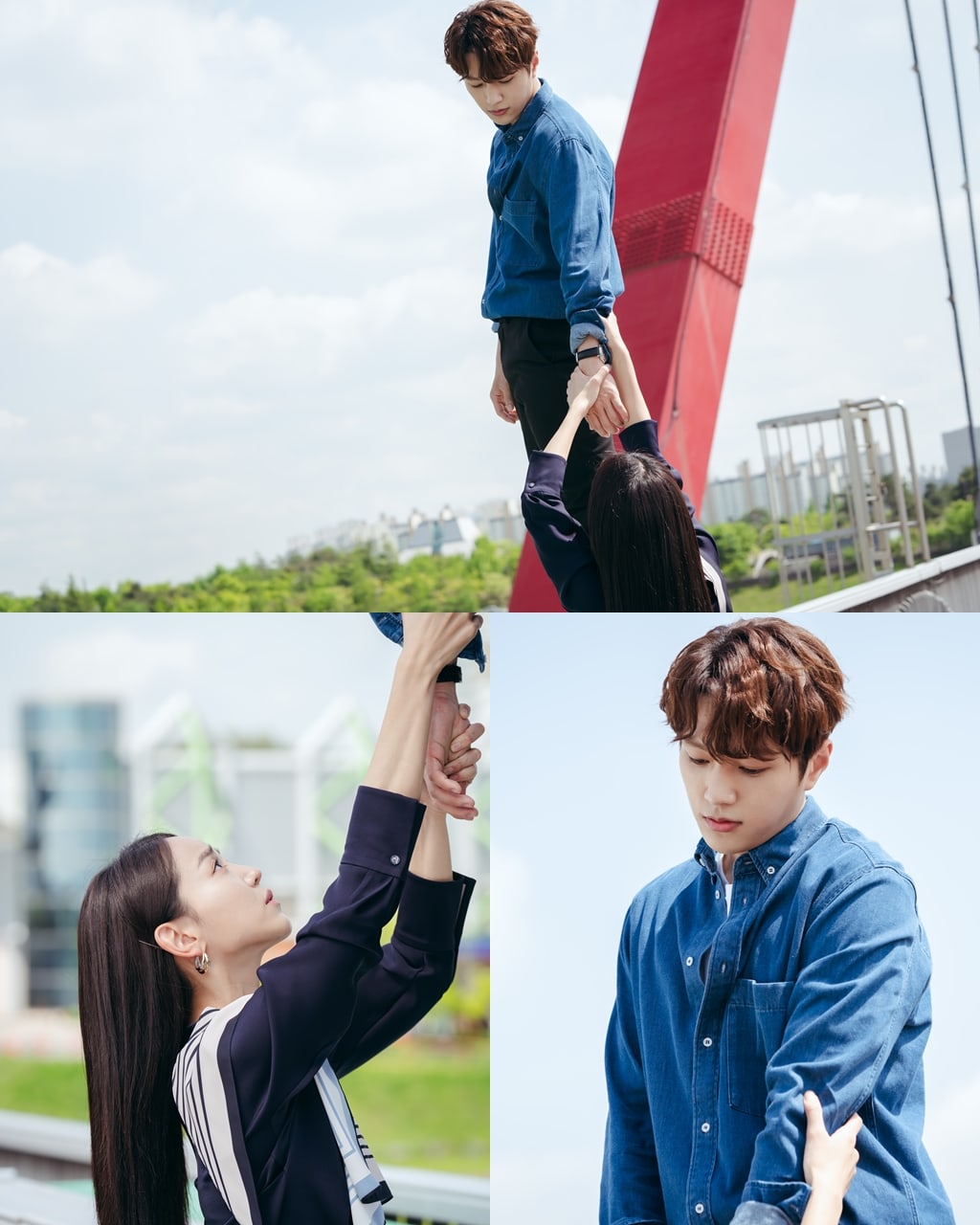 What’s noticeable is that the pair on standing on the same bridge they had their first meeting on. It was here that Dan breathed life back into Lee Yeon Seo as she was dying. The situation seems to have changed now and Lee Yeon Seo appears to be the one keeping Dan grounded.

Why the pair on back on the bridge and what led to their dangerous situation will be revealed in the next episode of “Angel’s Last Mission: Love,” which will air on June 12 at 10 p.m. KST.