In the drama, Cha Ye Ryun plays Han Ji Na, who began her career in fashion as a highly successful model and has since turned her modeling agency, E-stream, into the top agency in Korea. Kim Min Kyu shows his charms as Yoon Min Seok, a multi-talented and world-famous idol with fans all over the globe.

In the previous broadcast, Han Ji Na came to the company for a costume fitting, but she treated him with a dry business attitude. In response, Yoon Min Seok held onto her and asked her not to treat him like a stranger. He then complimented her, saying she looks the prettiest when she smiles. Their relationship hides a story that viewers are already curious about.

In the new pictures, Han Ji Na and Yoon Min Seok are stealing the viewers’ attention with their physical affection. In the drama, the two meet secretly in a remote place. They face each other at a certain distance with Han Ji Na wearing a cold expression and Yoon Min Seok desperately trying to convince her of something. Then suddenly, Yoon Min Seok hugs Han Ji Na with a serious look on his face, but she resolutely turns away from him. These stills pique anticipation about their secret relationship. 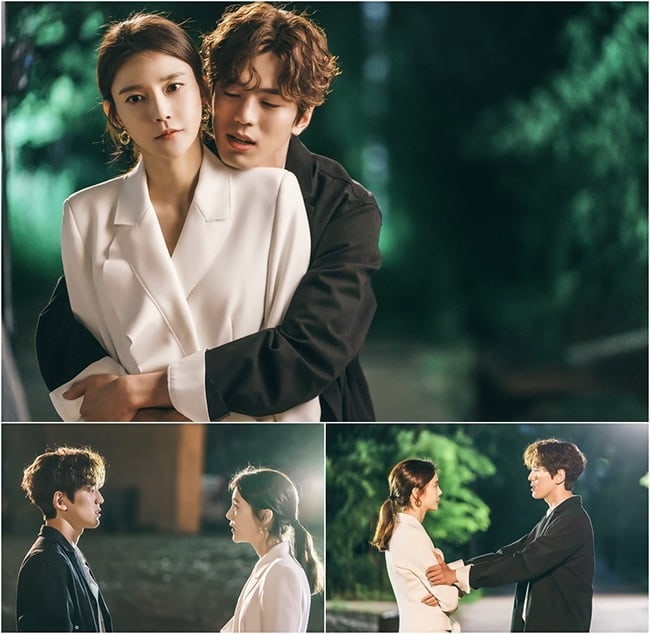 The scene was filmed at a park located in Seocho District, Seoul on June 4. The two actors had to portray their inner thoughts with their eyes and facial expressions in a way they’ve never done before while filming. They worked hard to immerse themselves in the scenes, sharing detailed opinions about everything from positions and lines to actions and emotions. As the filming began, the two actors broke through the tension and expressed their characters’ true feelings at once, perfectly representing the close encounter between a former top model and a top star.

The production crew stated, “Cha Ye Ryun’s unique professional aura and Kim Min Kyu’s irresistible charms are meeting and creating a fresh chemistry. Please make sure to watch today’s (June 10) episode that will reveal the relationship that so many people were curious about.”

“Perfume” airs every Monday and Tuesday at 10 p.m. KST.

In the meantime, catch up with the latest episode of the drama below!