Dramax and MBN’s new Wednesday-Thursday drama “Level Up” has revealed its new poster for B1A4’s Baro!

Baro will be taking on the role of the innocent yet passionate Kwak Han Cheol, a new employee at Yoo Sung CRC. With his one-sided love for Shin Yeon Hwa, he’ll be part of an interesting love triangle with his boss and mentor Ahn Dan Te, adding adorable scenes of jealousy to the drama.

On June 11, a new individual poster was released showing Baro completely immersed in his role as an enthusiastic new employee. Baro shared, “I’m 90 percent in sync with Kwak Han Cheol. I thought of my past self as [Kwak Han Cheol] heading to Seoul in search of his dreams.” He added, “The way he watches out for the person he likes from afar is slightly different from me, but I was also attracted [to the character] because I was curious of how Han Cheol would express his feelings as someone with such a personality.”

Baro also explained, “All the characters have their own individuality, and the biggest charm of ‘Level Up’ is that it’s witty but not childish. Even after I finished reading the script, it was so captivating that I kept thinking about it, so I thought that I definitely wanted to appear on the show.”

The individual poster of Baro has him smiling brightly with the caption, “Sincerity and doing his best are his weapons! New employee user overflowing with vigor!” Underneath, his stats are shown with favorable impression being the highest, followed by attack, level of difficulty, and defense. 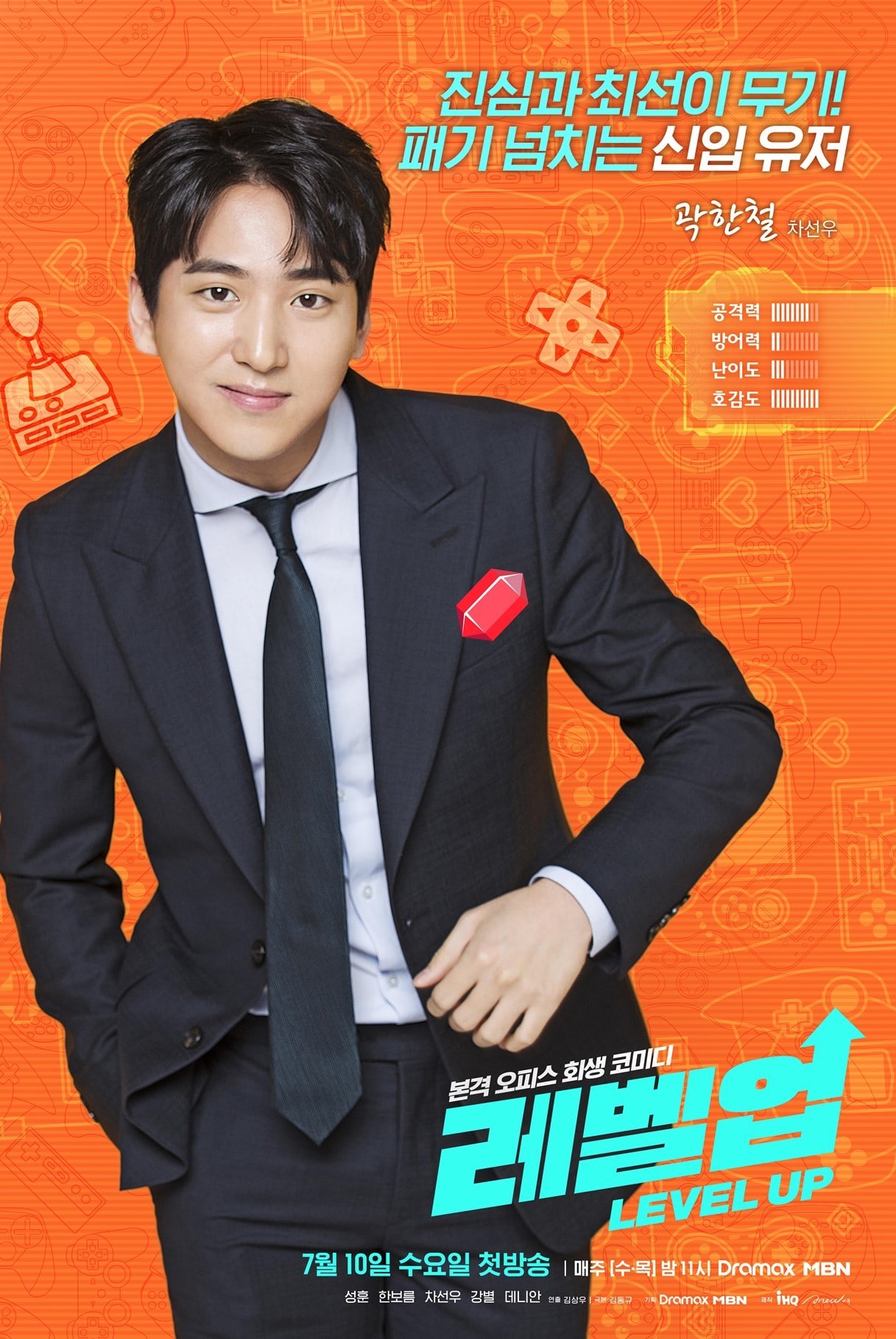 “Level Up” will premiere on July 10 at 11 p.m. KST and will be available on Viki! Catch the latest teaser here!

B1A4
Baro
Level Up
How does this article make you feel?