INFINITE’s L And Shin Hye Sun To Discover The Truth Behind Their Pasts In “Angel’s Last Mission: Love”

“Angel’s Last Mission: Love” centers around the romance between an angel named Dan (played by INFINITE’s L) and a ballerina named Lee Yeon Seo (played by Shin Hye Sun) whom he saves from the brink of death. At first she was cynical and cold to him, but with every new episode, Dan is succeeding in opening her heart.

In addition to their romance, the story of their past is beginning to unravel itself. In the previous broadcast, Dan began shedding tears upon seeing Lee Yeon Seo dance ballet on the beach. The scene cut to a flashback of Lee Yeon Seo dancing as a child while a little boy with bruises and scars on his face watched her fondly.

The preview for episodes 13 and 14 showed Lee Yeon Seo and Dan meeting at the beach. In a surprised voice, she asked him, “Why are you here?” and made viewers excited to see if the full story of their past will be revealed. 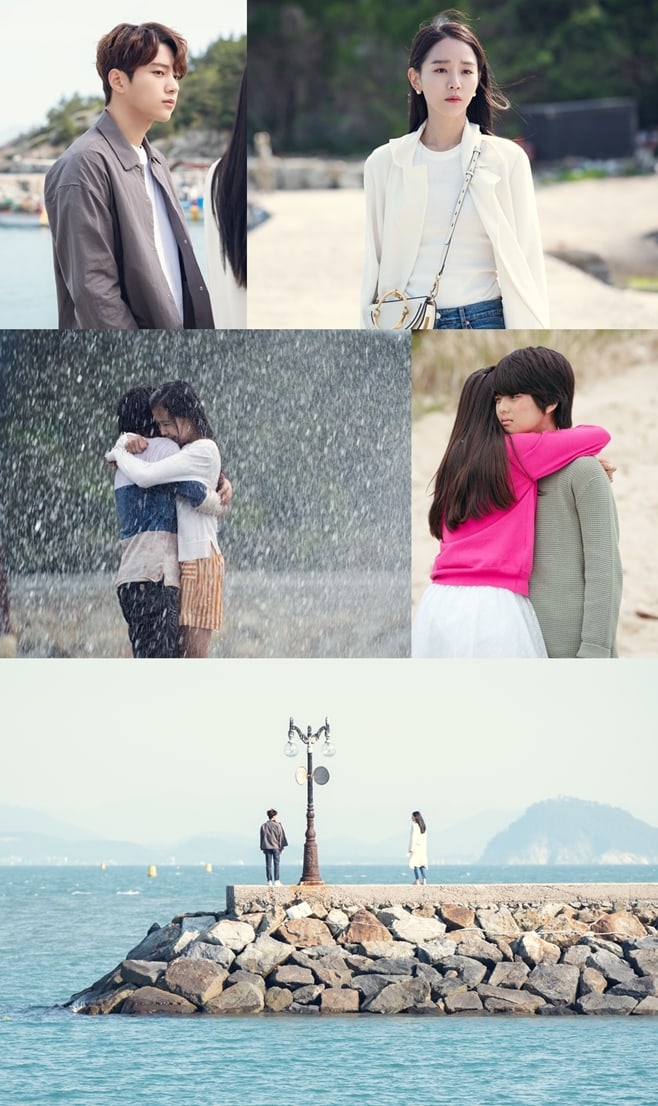 The drama’s producers shared, “Lee Yeon Seo and Dan’s pasts will be revealed this week. Please look forward to the deepening emotions and romance between Lee Yeon Seo and Dan.” They added that Shin Hye Sun and L will leave a mark in viewers’ hearts with their emotional acting.