“Watcher” is directed by Ahn Gil Ho (“Secret Forest” and “Memories of the Alhambra“) and written by Han Sang Woon (“Good Wife”).

This is Seo Kang Joon’s first time playing the lead role in a crime thriller, and fans can expect to see a new side of him as he takes on the role of a righteous young police officer. 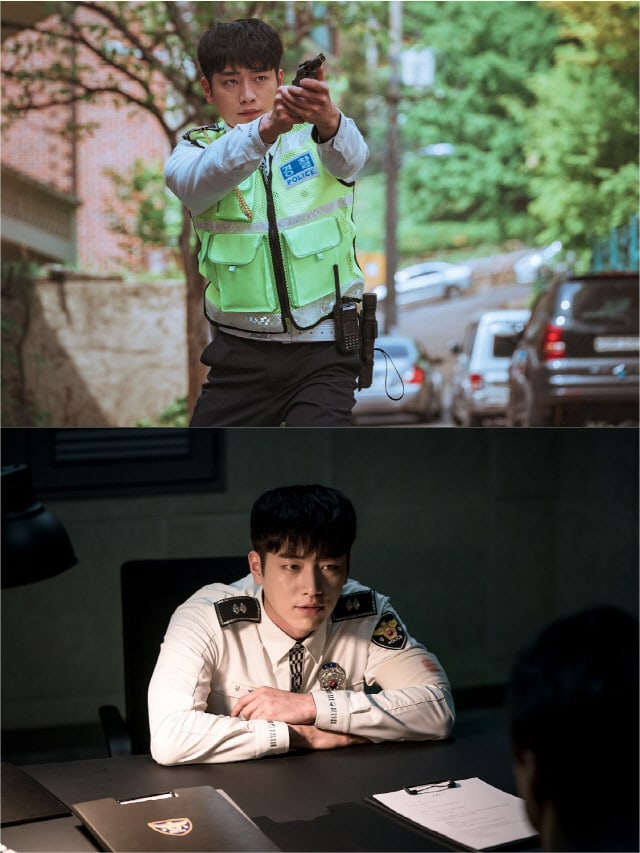 Although the new stills show Seo Kang Joon in his police uniform, his 30-second character teaser shows a glimpse of what his character will be like. Although Seo Kang Joon looks carefree at first, listening to music while sitting on the bus, his gaze turns sharp as the caption reads, “Who watches the watchers?”

Seo Kang Joon has described his character, Kim Young Goon, as, “Someone who is unpredictable. He is very relatable and has a lot of flaws, but he has a sharp appearance. He has many different charms.”

The production staff stated, “He’s an actor who gets very much in character. He brings out Kim Young Goon’s complex internal feelings as well as committing his body to the physical action scenes.”

“Watcher” premieres in July and will be available on Viki.

Seo Kang Joon
Watcher
How does this article make you feel?