MOMOLAND’s Yeonwoo Talks About Looking Up To Sunmi, Her Ideal Type, Goals For 2019, And More

Recently, Yeonwoo filmed a photo shoot with bnt. During the photo shoot, bnt expressed their admiration for the idol due to having positive energy throughout the entire shoot and for taking care of the staff.

In the interview that followed, Yeonwoo talked about studying Japanese for her promotions in Japan. She explained that she studied by watching animated films, hilariously adding that she could easily understand swear words. Furthermore, when asked about her new hair cut, she explained that it was a look that the agency liked even from back when she first entered the agency. She said, “Recently, the agency suggested the bob transformation first.” 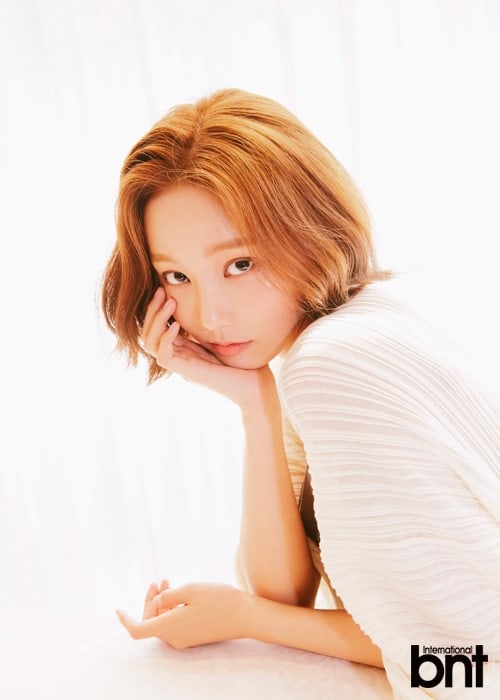 When asked whether she could fathom the level of her popularity, she said that her popularity felt more real when people recognized her at a PC bang (internet cafe) despite not having any makeup on. Yeonwoo also shared what she thought was a good aspect of being in a girl group. She said, “People don’t know that they’re being loved, but it’s nice that I can confirm [that I’m loved] through fans.” 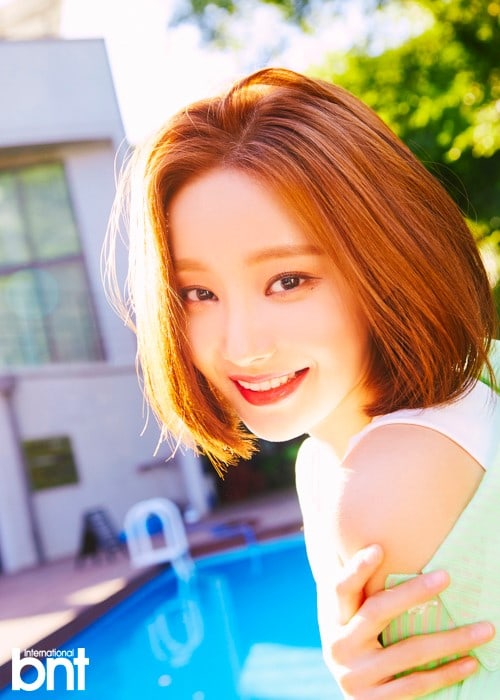 Yeonwoo also confirmed that she’ll be starring in KBS2’s “Mung Bean Chronicle” (literal title), and she chose a chic and charismatic concept as a concept she wanted to try on stage in the future. She also chose Sunmi as an artist she liked. Yeonwoo explained, “She’s cool because she’s set her own style.”

The interview also mentioned that Yeonwoo used to be called a goddess at the School of Performing Arts Seoul when she was a high school student, but she shyly added, “Since it was a performing arts school, there were many famous people.” Yeonwoo also shared that she only dieted briefly before a comeback to take care of her figure and skin, and she also chose someone with a tsundere (cold outward behavior while actually warm and caring) personality as her ideal type. 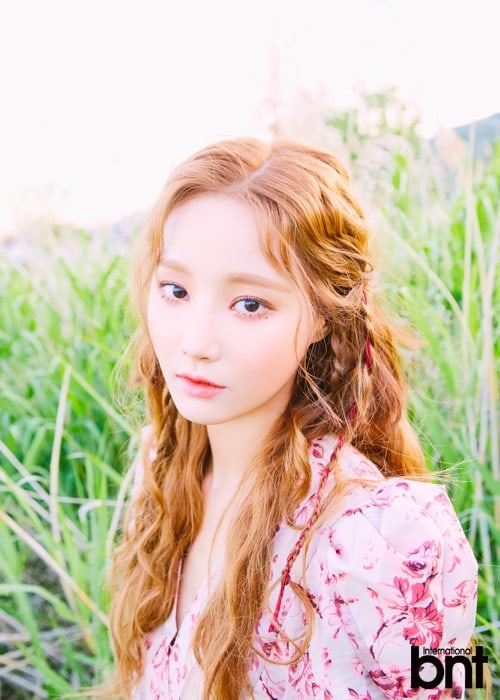 When asked about crying on “Law of the Jungle,” Yeonwoo shared, “Normally, my personality is pretty calm. I cry a lot when I have to reveal something about myself.” She added that in the future, she wanted to try being a music show MC.

Yeonwoo also shared that she had fond memories from all of MOMOLAND’s past albums, including the ones that didn’t succeed as much in the public’s eyes, explaining that was one of the reasons why “BBoom BBoom” was able to do so well in the end. On monitoring her performance, she shared that she was often too embarrassed to do so, stopping her parents from watching her performances as well. When asked about her friends’ reactions, she said, “I meet my friends comfortably without makeup, so they say that the side of me they see on TV seems like a different person.” 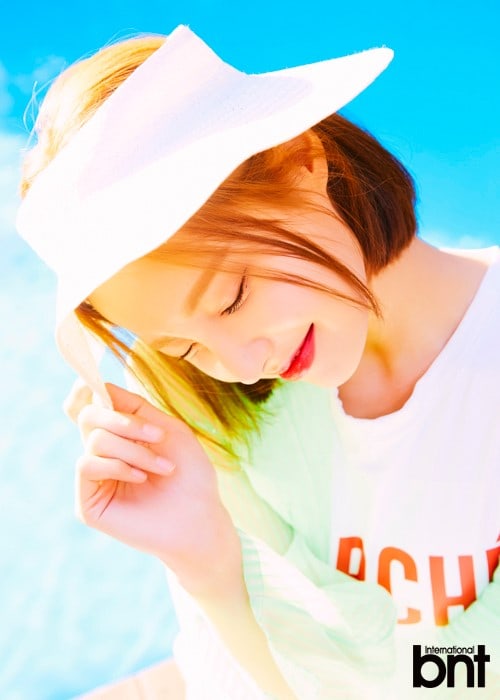 When asked what she would be doing if she weren’t an idol, Yeonwoo said she would be studying liberal arts. She added that she enjoyed reading because books provided comfort during difficult times, and she recommended, “The Cat in His Arms.”

Finally, Yeonwoo talked about her goals for 2019. She said, “It’s cliché, but it’s to ‘Be healthy and happy’ and ‘Become a strong person.'” Since MOMOLAND has already achieved first place, Yeonwoo talked about wanting to begin individual activities through a drama and continue to perform on the stage of her dreams. Rather than large new goals, she expressed her desire to become stronger as a person.

MOMOLAND
bnt
Sunmi
Yeonwoo
How does this article make you feel?