INFINITE’s L might be in danger as Lee Dong Gun begins to understand who he really is in KBS’s “Angel’s Last Mission: Love.”

KBS’s Wednesday-Thursday drama “Angel’s Last Mission: Love” is set to kick things up another notch in the upcoming episode. The new stills they’ve released show Ji Kang Woo (played by Lee Dong Gun) figuring out that Dan (played by L) is an angel, making viewers wonder what will happen next.

Ji Kang Woo a genius director of a ballet company who has shown unwavering support to Lee Yeon Seo (played by Shin Hye Sun). Viewers were shocked to learn that he used to be an angel himself, and that in the past, he had dated Choi Seol Hee, who looks exactly like Lee Yeon Seo, and she had lost her life for him. This clued viewers in on why Ji Kang Woo is so obsessive over Lee Yeon Seo.

Ji Kang Woo is living proof of what happens to an angel who turns his back on God to love a human. He has lived the past 15 years unable to live or die, living in pain after being punished for loving a human being. Seeing Ji Kang Woo enthralled by Lee Yeon Seo’s dancing, it appears things are about to get a lot more complicated as the only thing that seems to be in the way of Ji Kang Woo being with Lee Yeon Seo is Dan. The previous episode had the two men fighting and falling into a river together.

The new stills show Ji Kang Woo becoming the first person to realize that Dan is an angel. The fact that he knows raises anticipation as it is not yet clear how he found out and what he’s going to do with that information. 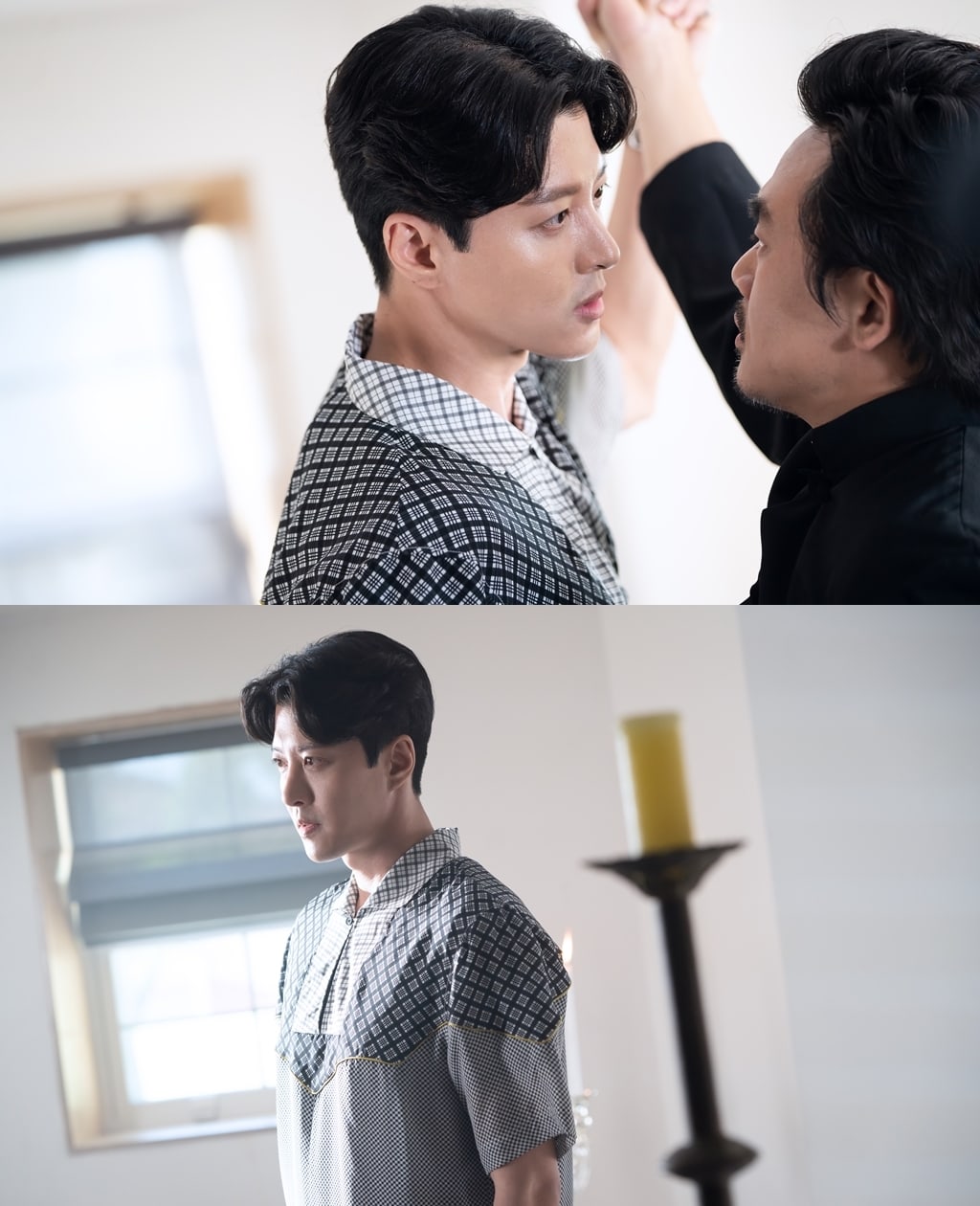 The effect Ji Kang Woo’s new knowledge will have on the story will be revealed in the upcoming episode of “Angel’s Last Mission: Love,” which will air on June 12 at 10 p.m. KST.

Catch up with the latest episode of “Angel’s Last Mission: Love” below!