On the June 11 episode of the variety show, Lee Hi, Jung Seung Hwan, and Paul Kim appeared as guests.

Lee Hi responded by mentioning Lee Chan Hyuk who, despite being in the military, showed concern for her comeback by asking her, “Hi, what are you going to do?”

Jung Hyung Don asked, “So you started preparing for your album before Chan Hyuk went to the military?” Defconn added, “Chan Hyuk must have felt strange. He must have been like, ‘You still haven’t released your album?'”

Lee Hi laughed and admitted, “Yes, he was. Both of us [reacted] in the same way.” 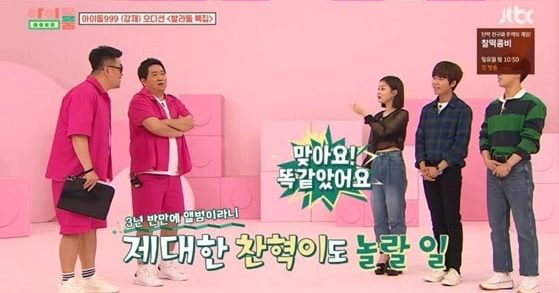