Block B’s U-Kwon talked candidly about his dating life while appearing as a guest on the June 11 episode of “Video Star.” Other guests in this episode included Gong Hyun Joo, Kwak Jeong Eun, Seo Yuri, and Kang Tae Sung.

U-Kwon opened up about why he decided to make his relationship public. He shared, “I was 21 years old [in Korean reckoning] at the time. I don’t know if I was innocent or stupid. Fans always say to tell them honestly if you’re dating.”

Hearing that, Seo Yuri commented, “They don’t really mean it,” and Kang Tae Sung added, “He just took the bait.” U-Kwon agreed, saying, “I believed what my fans said. At that time, the news of Sunye’s wedding came out. That’s why I revealed [my relationship] on my fan cafe.” 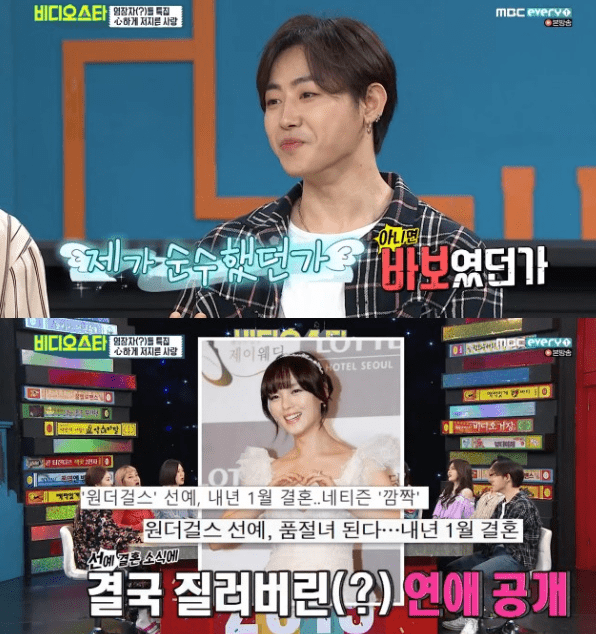 When asked about his members’ reactions back then, U-Kwon shared, “I was at the dorm, and Park Kyung closed the door angrily. He asked me how I could do this on my own without consulting them.” MC Park So Hyun sided with Park Kyung and said, “You should’ve discussed it with them.” U-Kwon agreed and admitted, “I should’ve at least discussed it with them before revealing it. I felt really bad about it.”

Sandara Park, another host on the show, showed her admiration for his bravery and asked if he didn’t get in trouble with his agency. U-Kwon answered, “My agency knew nothing about it, but after my fans commented on the site and sent mail to them, so they found out about it right away. So, an hour later, they deleted the post on the fan cafe and called me over to a restaurant in front of the agency.” He added, “But it became a big topic, and they saw it in a positive light, so they told me to date as much as I want.” 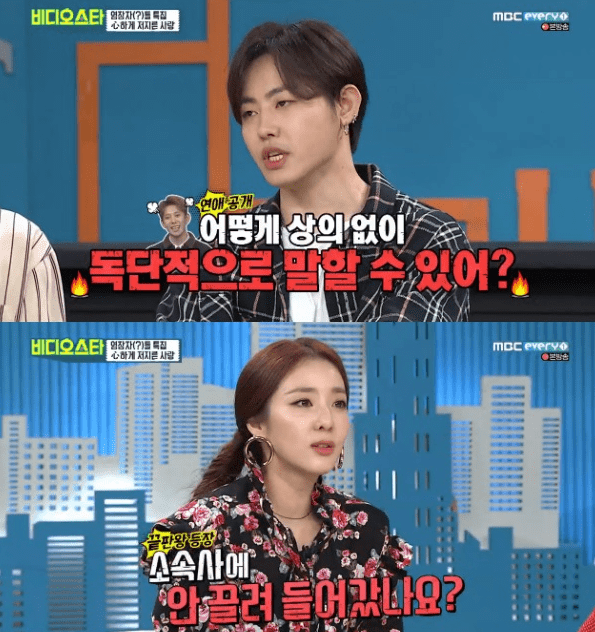 When asked if he regrets making his relationship public, U-Kwon replied, “At that time, things went differently than expected, so I regretted it, but not now.” Then he sweetly boasted, “My girlfriend has great style, so my fans see her as a role model. Many of them want to follow her style.”

Sandara Park asked if there were any members who envied his public relationship, and U-Kwon shared, “Park Kyung is especially envious of me. Since we’re idols, we can’t date freely. I’ve been in a public relationship for eight years now, so I think he’s envious of that. Sometimes, he tells me he envies me.” 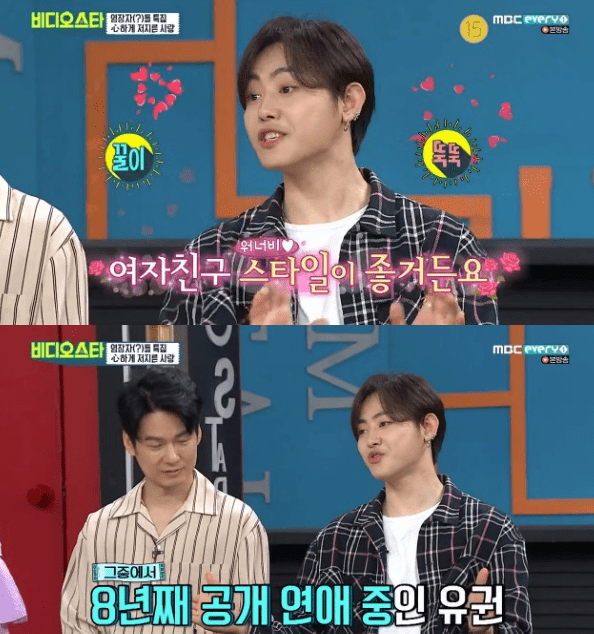 Later on during the show, they were able to call his girlfriend, and she assured him, “Don’t worry too much. I’ll be there for you, so let’s just date and be in love like now,” bringing touched tears to his eyes. 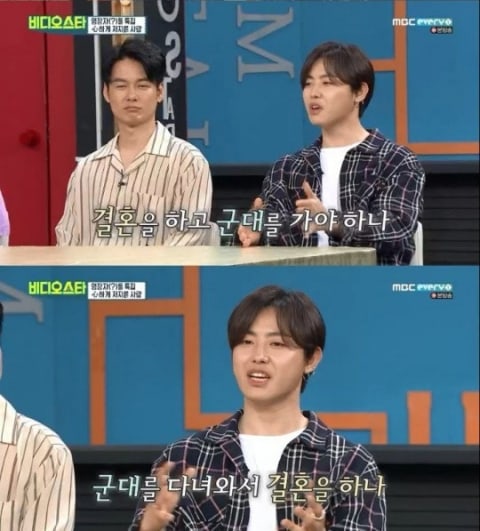 In 2012, U-Kwon announced that he is dating model Jeon Sun Hye, and the couple is still going strong to this day.

Block B
U-Kwon
Video Star
How does this article make you feel?