AB6IX spoke about their first impressions of each other and variety shows on MBC FM4U’s “Ji Suk Jin‘s 2 O’Clock Date.”

On June 11, the boy group filled the airwaves with fun stories.

Despite being a rookie group who debuted two weeks ago, AB6IX has been enjoying success already with two wins on music shows.

Kim Dong Hyun commented, “I feel thankful to my parents who trusted me. I’ll become a son who always loves you and works hard.” Lim Young Min added, “I want to tell my teacher who tried to stop me from promoting as a singer that I hope they’ll trust and support me.”

They began by describing their debut track “Breathe” as a song that was written as a shot at fine dust. Lee Dae Hwi and Kim Dong Hyun participated in writing the song while Park Woo Jin and Lim Young Min participated in writing the rap. Kim Dong Hyun explained, “It’s a song that you like the more you listen to it. It’s a song you want to listen to when you want to clean or dust.”

“I really liked it when I first heard the song,” said Jeon Woong. “It sounded like a song that might be played at the mall.” Lee Dae Hwi added, “I contemplated a lot about the song, but the CEO gave me confidence. He has a great perspective.” 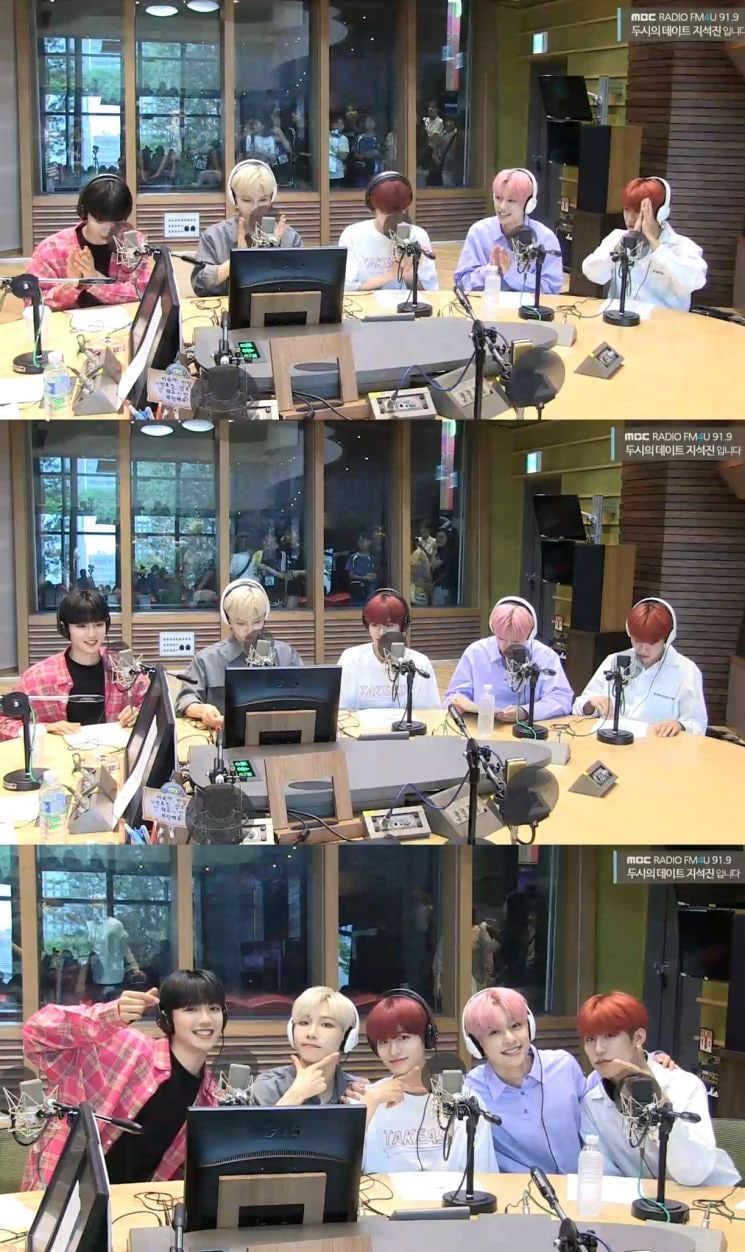 AB6IX’s Park Woo Jin then expressed his desire to appear on “Running Man.” He explained, “It’s a program that I like and have watched since I was young. I feel confident about the speed [of my running]. I watched it since the first episode and remember everything.”

DJ Ji Suk Jin asked, “Who do you want to compete against when you come on ‘Running Man’?” and Park Woo Jin replied with a laugh, “I wanted to say Kim Jong Kook, but I don’t think I can. He’s scary.”

The DJ then asked him how many members there are in “Running Man.” When Park Woo Jin hesitated to answer, Lee Dae Hwi interjected, saying, “I think it’d be nice if Park Woo Jin appeared on the show and found out.”

About his latest appearance on MBC’s “Radio Star,” Lee Dae Hwi said, “I appeared on the show with CEO Rhymer. After the broadcast, there were reactions that I might’ve been too harsh on the CEO. It’s because I’m close with him, so please look upon it favorably. The CEO actually praised me.”

AB6IX’s Lim Young Min then shared a story about their friendship that dates back to nine years ago when they attended the same dance academy in Busan. He began, “Park Woo Jin was the cutie adored by older girls and boys.” Describing his first impression of Lim Young Min, Park Woo Jin revealed, “He was a quiet, kind friend.” Lim Young Min added, “Park Woo Jin liked getting close with the older students. He wasn’t shy and was very playful. We’ve been close since we were young.”

He continued, “Park Woo Jin joined the agency first. I came to audition and was so surprised that Park Woo Jin was here. It was nice to see him.”

The boy group concluded by explaining the meaning behind their group name. Lim Young Min said, “We met after promoting separately and Jeon Woong joined. Along with our fans, we became one with the six of us and that’s how it became AB6IX.” 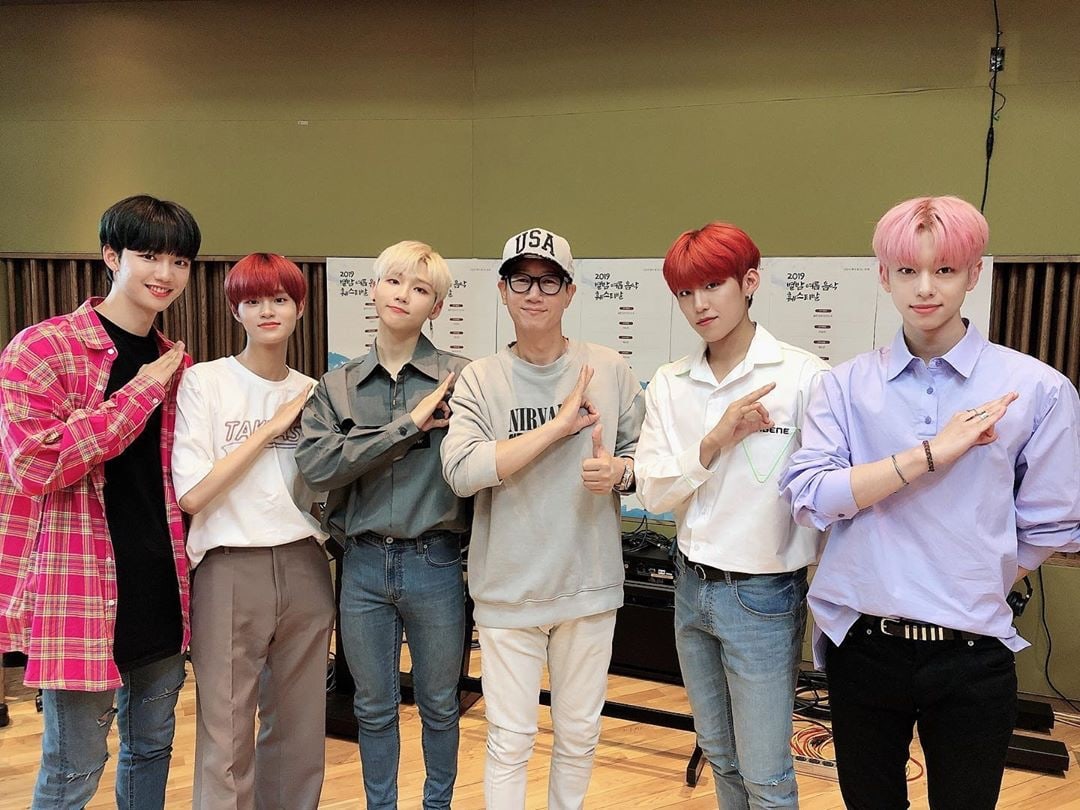 Ji Suk Jin's 2 O'Clock Date
AB6IX
How does this article make you feel?