“Advisor” is a drama about the political players that influence the world from the shadows. Lee Jung Jae is the ambitious “super advisor” Jang Tae Joon, and Shin Min Ah is the newly-appointed Assemblywoman Kang Sun Young.

Just within this team, various dynamics and relationships will play out: one of trust between Yoon Hye Won and Jang Tae Joon, Han Do Kyung’s admiration of Jang Tae Joon, and the competition between Jang Tae Joon and Oh Won Sik. 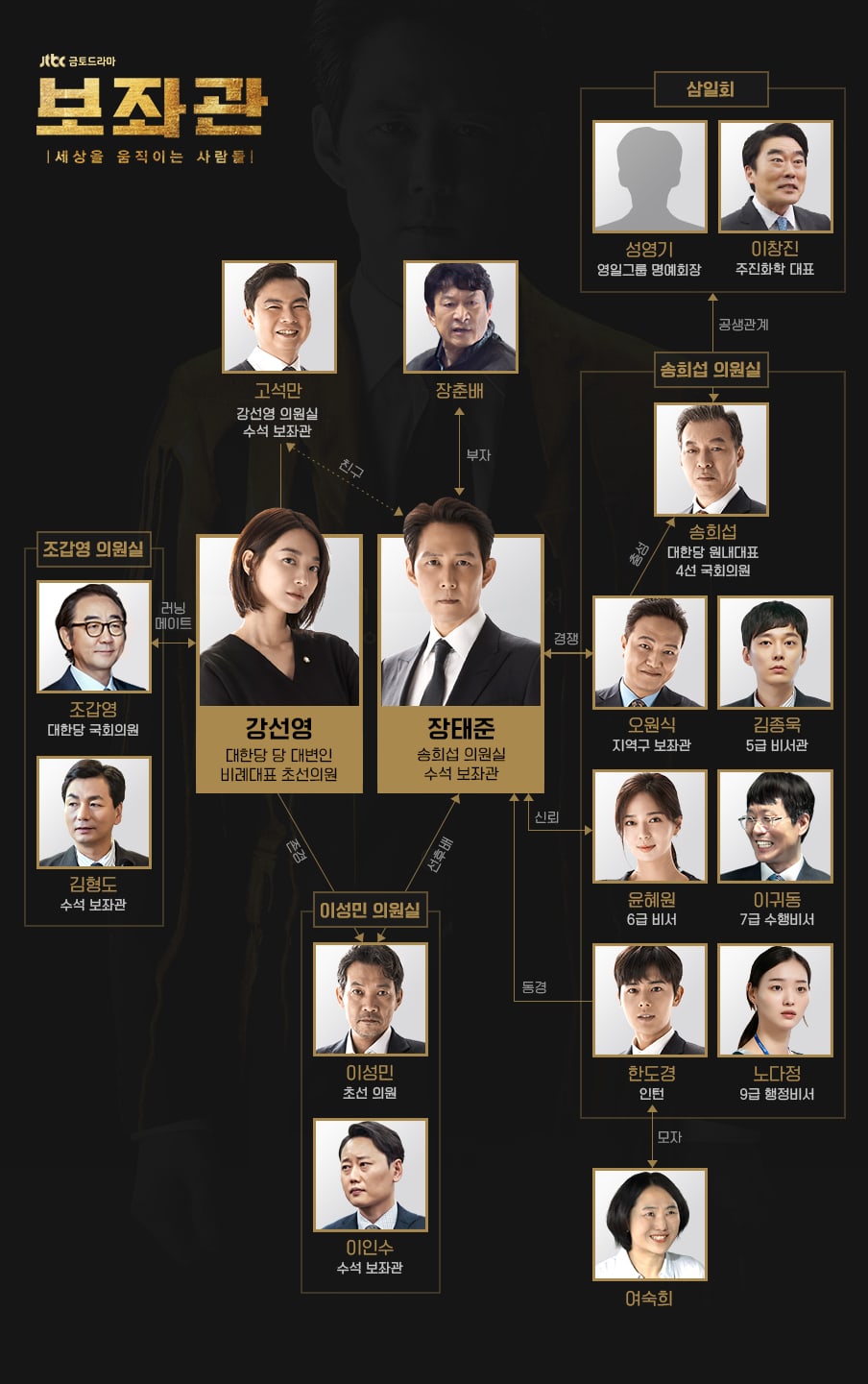 In the center of the chart, we see various connections between Kang Sun Young (Shin Min Ah) and Jang Tae Joon through mutual acquaintances and colleagues.

A source from “Advisor” said, “All of the politicians in the drama have very defined characters, and they will be portrayed as realistically as possible, just like the politicians in Yeouido (the district in Seoul where the National Assembly Building is located). Moreover, the manner in which the various relationships come to be will also be something to watch for.”