In the previous episode, Dan (L) began a mission to find love for Lee Yeon Seo (Shin Hye Sun) instead of dying. Her heart melted at Dan’s innocence and affection, and he became interested in Lee Yeon Seo who put on a sharp facade to hide her wounds.

In particular, the confession scene in the last broadcast drew an explosive response. Lee Yeon Seo told Dan, “Why don’t you like me?,” and Dan, confused between his devotion to God and his love for her, made a confession to himself saying “How can I not like you?”

The new photos that give a glimpse into the next episode show a different atmosphere between Lee Yeon Seo and Dan. Lee Yeon Seo is carelessly trimming vegetables while Dan is gazing at her with eyes full of love as he reaches out to sweep her hair out of the way. Then in one photo, Lee Yeon Seo is leaning against the counter with a flustered expression while Dan is leaning towards her. 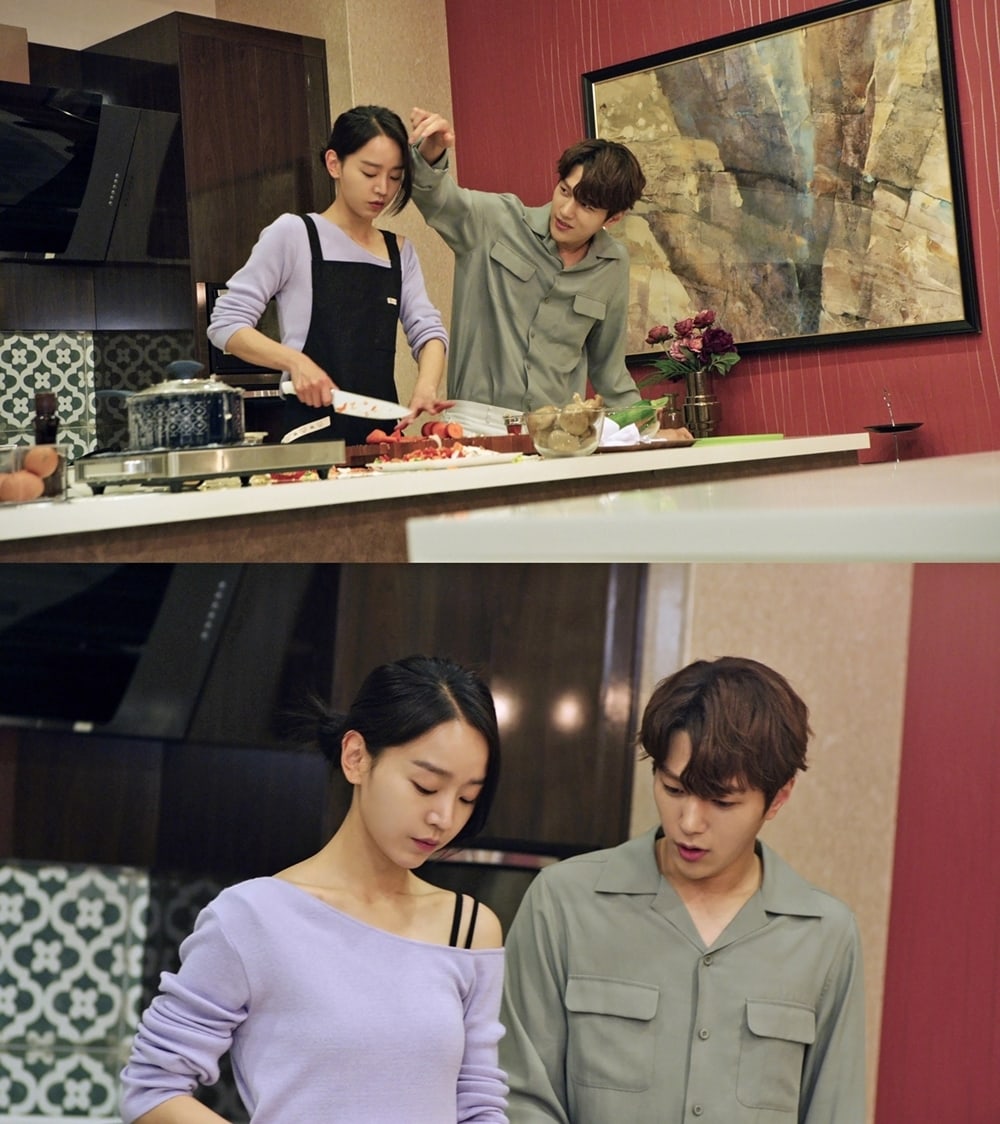 More than anything else, viewers are looking forward to seeing this scene because of the fantastic chemistry between the two actors that creates an exciting yet heartbreaking romance in the drama.

Catch up with the latest episode of “Angel’s Last Mission: Love” below!