When asked about the atmosphere on set, Shin Hye Sun said, “It’s really good. I thought that everyone hit it off really well at the beginning, but as time went by, we got to know each other even better. We have great synergy with the staff as well.”

About her chemistry with L, she said, “Myung Soo has said this as well, but we were comfortable with each other from the start because we come from the same neighborhood. We quickly became friends and respect each other as friends on set. That’s why it’s not uncomfortable at all to film together. Dan and Yeon Seo [their character names]’s romance has just begun, and I hope that people can look forward to how their story will unfold. I think that we can show an even better chemistry than before.”

L said, “When I first heard that Shin Hye Sun would be appearing in the drama, I thought that she would be a driving force for the show and I really wanted to work with her. When we started working together, I was happy that we were a good match. I think that the audience will be able to tell that our chemistry gets better as the drama goes on.”

The actors were also asked about a competing drama in the same time slot. “Angel’s Last Mission: Love” airs on KBS, while “One Spring Night” airs at a similar time on MBC.

Shin Hye Sun said in response, “Viewership ratings are important, of course. But while there are dramas in the same time slot, the actors in those dramas don’t think of each other as competition. They are people who do the same work as we do. I hope that other dramas do well. I think that we all need to do well together. Each drama has its own appeal. I think that that gives the audience more options and more things to see, so I don’t consider it a competition. If the beginning of our drama was about Dan and Yeon Seo getting to know each other, then now the story will be about their life together. I think there will be more sentimental and exciting parts from now on.”

L replied, “We’re a fantasy romance, so it’s a different genre from ‘One Spring Night.’ Our time slots are not exactly the same. It’s not that we don’t pay attention to them, but our time slots and genres are different. We can only do the work that we have to do. A key point for the second half of our drama is the uncovering of the past between Dan and Yeon Seo. My favorite episodes are Episodes 7, 8, and 9. I think that we can move the hearts of our audience. The story gets more engrossing, and the chemistry also improves. I am more excited for the second half than the first half.” 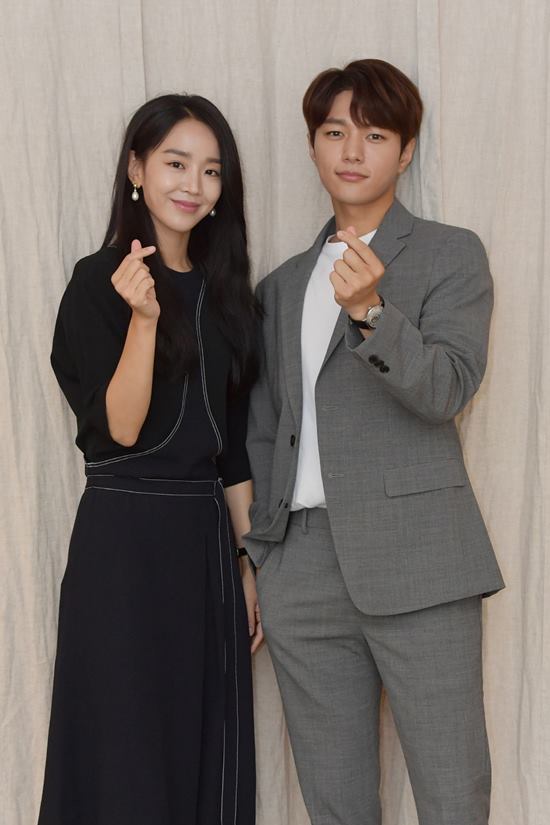 You can watch the latest episode of “Angel’s Last Mission” Love” below!