The drama tells the story of Lee Yeon Seo (played by Shin Hye Sun), a ballerina who doesn’t believe in love, and Dan (played by L), a mischievous angel who tries to find love for the ballerina.

In the newly released stills, Lee Yeon Seo looks extremely worried as she asks the archangel Hoo (played by Kim In Kwon) about the whereabouts of Dan. After he tells her something, she appears more confused and becomes lost in thought. 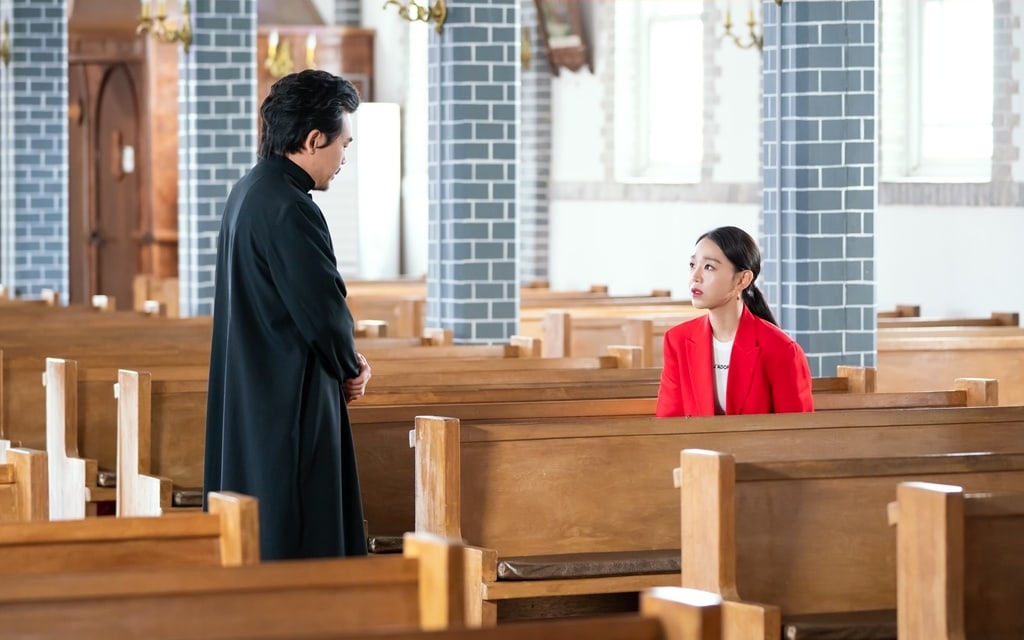 In the previous episode, Dan witnessed the consequences that befell an angel who loved a human. The death of the angel was shocking, but what hurt Dan the most was the pain and sadness of the human that remained. Not wanting to hurt Lee Yeon Seo by leaving her alone after he dies, Dan decided to leave her side.

The drama’s producers shared, “[The drama] will portray the way Lee Yeon Seo longs for Dan. Lee Yeon Seo’s story in today’s (June 13) broadcast will ring the hearts of the viewers. [Please look forward to] how the emotions of the two will be different from when when they’re together.”

Watch the latest episode of “Angel’s Last Mission: Love” below!