Jeon Somi hit No. 1 on many major realtime charts with her solo debut!

On June 13 at 6 p.m. KST, Jeon Somi debuted with her first single “Birthday,” featuring the title track of the same name as well as the song “Outta My Head.” Jeon Somi co-composed “Birthday” with Teddy, 24, and Bekuh Boom. 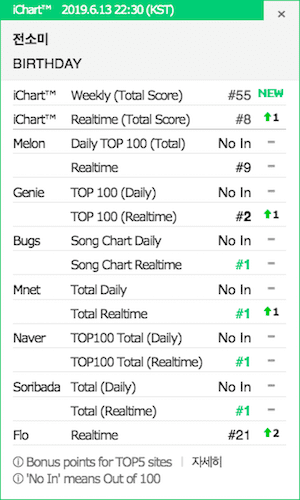