On the June 13 broadcast of KBS 2TV’s “Happy Together 4,” Oh Sang Jin described his wife’s conception dream, which happened to star BTS’s Jungkook!

In Korea, conception dreams are called ‘taemong.‘ These dreams are believed to foretell the conception of a child and are dreamt by the mother herself or people close to her. The symbols in the dream (animals, fruit, etc.) are interpreted to indicate that the child is of a certain gender or has a certain destiny.

On “Happy Together,” when asked what the conception dream was for his daughter, Oh Sang Jin said his wife, Kim So Young, was the one that had the dream.

“She told me that the dream was very surprising. Suddenly a large elephant appeared with BTS’s Jungkook. This was before we knew the gender of the child.” 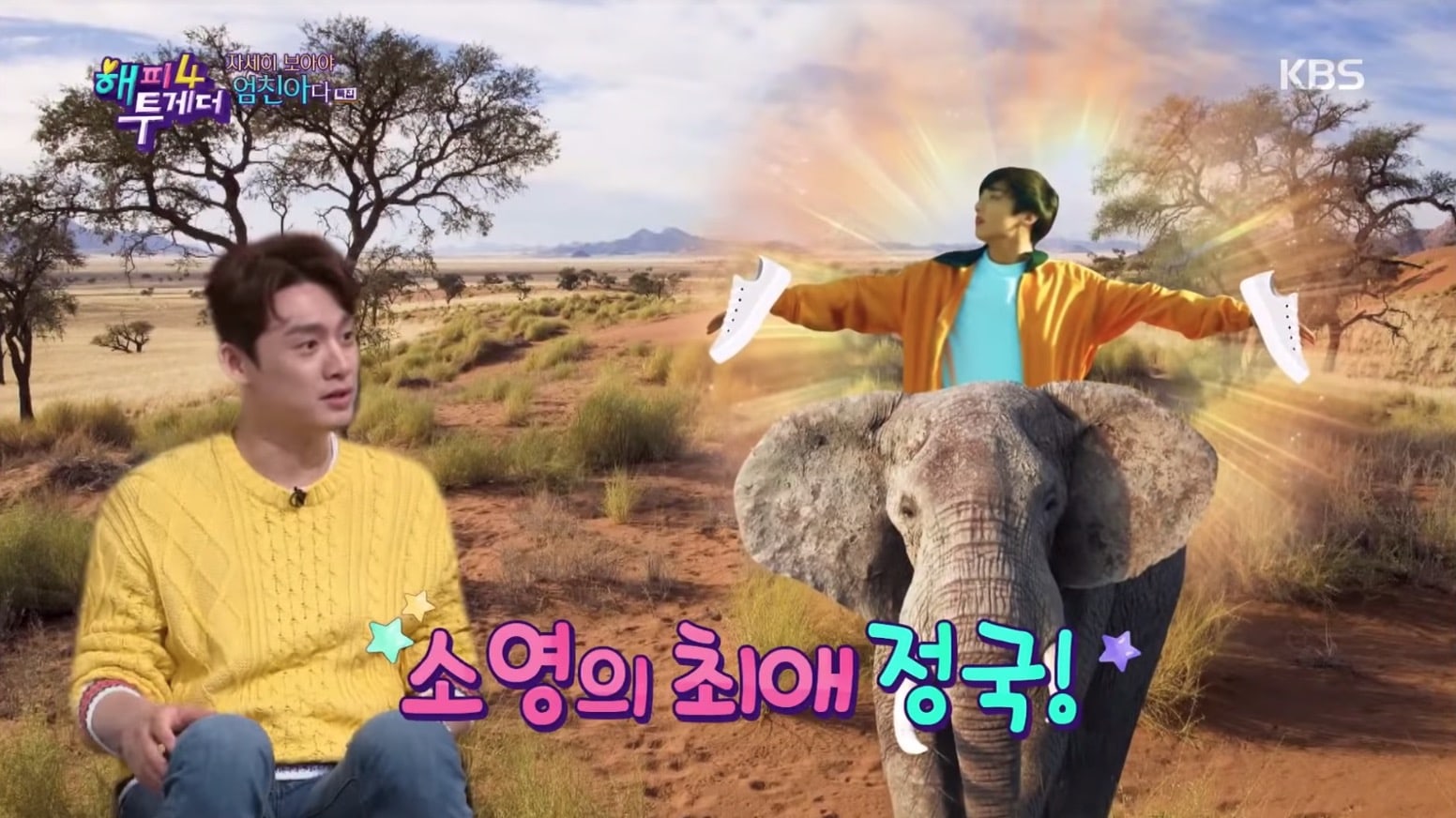 He explained that his wife is in ARMY (BTS’s fan club) and has been since very early on in the group’s career. “She really likes Jungkook. [In the dream], Jungkook was holding shoes and riding an elephant toward her. He got off the elephant, gave my wife the shoes, and left.” 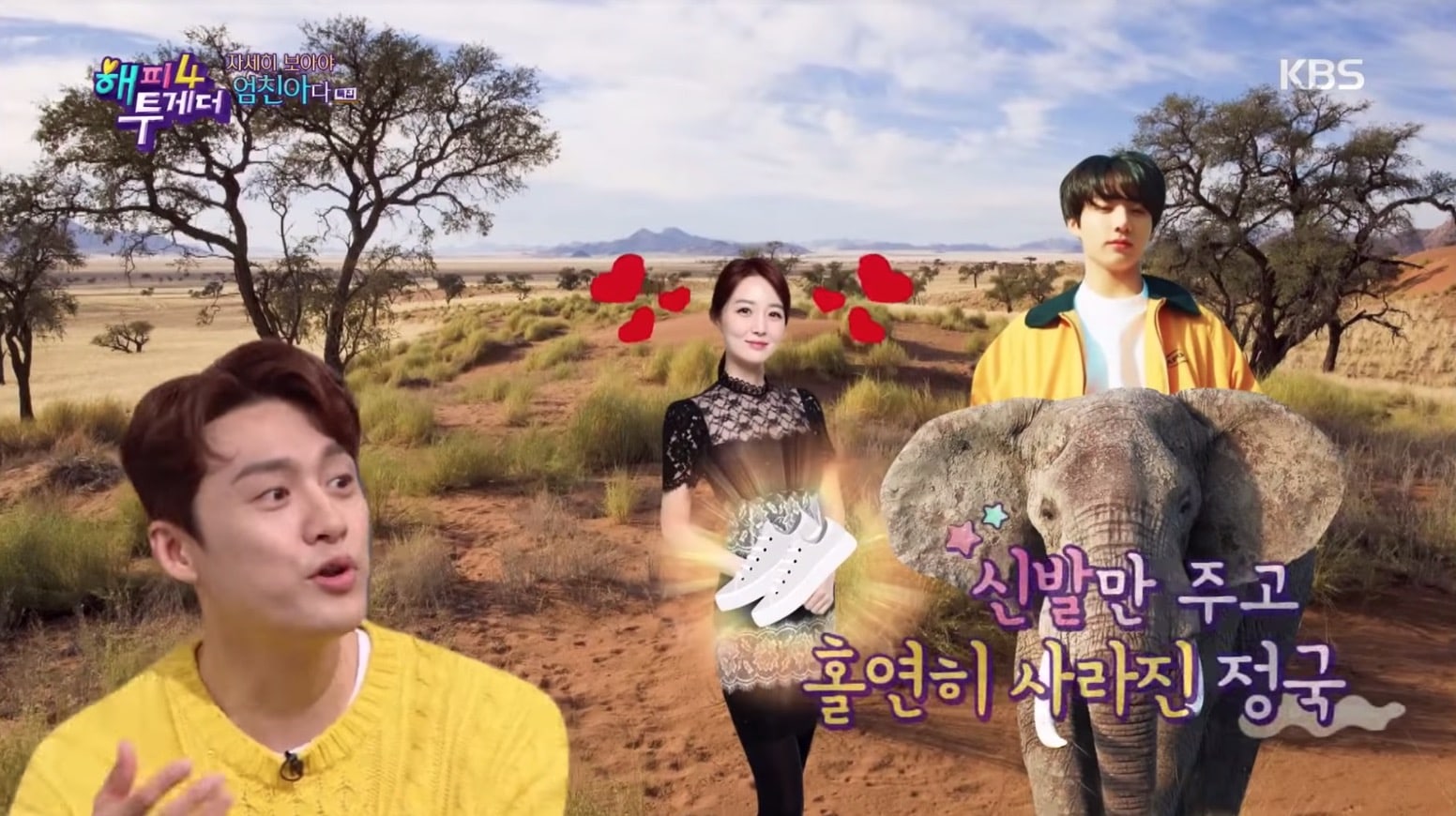 Oh Sang Jin said because of the dream, they wondered if they’d have a really cool son like Jungkook. Jo Yoon Hee said, “Aren’t elephants associated with wealth?” and Jun Hyun Moo added that it might mean Oh Sang Jin’s child will earn as much as BTS.

BTS
Jungkook
Happy Together
Oh Sang Jin
How does this article make you feel?