On June 14, KBS announced that the four stars had been confirmed as MCs for its upcoming program “Matching Survival 1+1,” a new dating reality show that will feature young single men and women looking for romance as they shop at a market together.

Unlike other dating variety shows that have aired in the past, “Matching Survival 1+1” will match couples based entirely on their tastes and preferences. Additionally, the newly formed couples will need to share the same preferences in order to “survive” on the show without being eliminated.

Soyou, whose 2014 smash hit “Some” makes her the perfect host for this new show, expressed her envy of the show’s participants during filming. The singer reportedly made everyone laugh by openly confessing, “I want to appear on this show as a participant too, so I can also be matched with someone through my preferences.”

The producers of “Matching Survival 1+1” remarked, “Since we live in an age where people need to have the same tastes in shopping and travel in order to connect, our program’s appeal is that it requires [participants] to relate to one another by depending solely on their tastes and preferences.”

They went on, “We will be providing viewers with a different kind of fun by finding out what kind of synergy results from connecting people by their tastes and interests, as opposed to their outward appearances.” 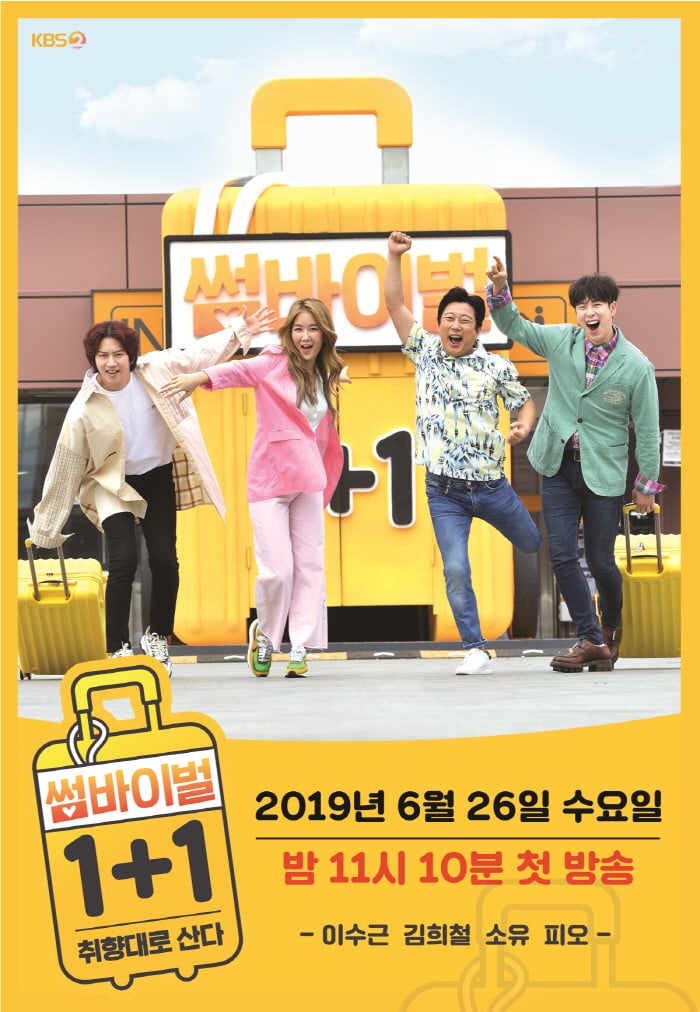 Are you excited to see Heechul, Soyou, P.O, and Lee Soo Geun host this new show? Leave your thoughts below!