On the June 14 episode, the show aired the remaining performances of the position evaluation and the practice sessions leading up to them.

The team performing Ja Mezz, Andup, and WINNER member Song Mino‘s “Turtle Ship” featuring Paloalto appeared on stage. MC Lee Dong Wook began, “TOP Media trainee Lee Jin Hyuk. I heard that you earned the nickname ‘helmsman’ and that you suffered a lot doing a good job leading the younger trainees. Do you think you’ll be able to do a good job today on this stage?” Lee Jin Hyuk replied, “I want the members to enjoy the stage with the national producers.”

Before their performance began, MC Lee Dong Wook walked over to Lee Jin Hyuk and gave him a high five and a hug before walking offstage.

The program then showed footage of Lee Jin Hyuk struggling to make progress with his team members, who were lacking in rap and dance skills. After being chosen for the team’s center position, Lee Jin Hyuk said with a sigh, “I didn’t want to be the center like this.”

MC Lee Dong Wook showed up to visit the trainees in their practice rooms. He asked what the most difficult part of competing as the “X” position was, and Lee Jin Hyuk replied, “Other positions can just focus on one thing, but we have to perfectly do two positions that are completely different, and the important part is doing it well enough to not lose to other positions.”

When the UP10TION member asked the MC if he was worried, Lee Dong Wook answered, “Yes. I was worried the most about the ‘Turtle Ship’ team. I thought and worried that you guys were going on a hard path. Whatever is difficult now will be an asset someday, so overcome it, okay?” Unable to walk away due to his concerns, Lee Dong Wook sat outside of the classroom with Lee Jin Hyuk.

Giving him strength, MC Lee Dong Wook said, “As big as the burden on you is, overcoming that well [is important]. But I think ‘Turtle Ship’ will turn out well because you have fundamentally right thoughts. So it’s going to turn out well. Hang in there.”

The dance trainers then came to check in on the team’s progress. They commented, “If Lee Jin Hyuk choreographed all of it, what did the rest of you do?” Lee Jin Hyuk continued to lead the members with a hoarse voice and also came up with the choreography, but the others were unable to keep up. Feeling overwhelmed, Lee Jin Hyuk emotionally confessed, “Aren’t you guys going to focus? I’m tired too.”

The team successfully performed “Turtle Ship” and received applause from the audience. In the end, Lee Jin Hyuk was ranked as the No. 1 trainee in his team and all of the “X” position contestants. 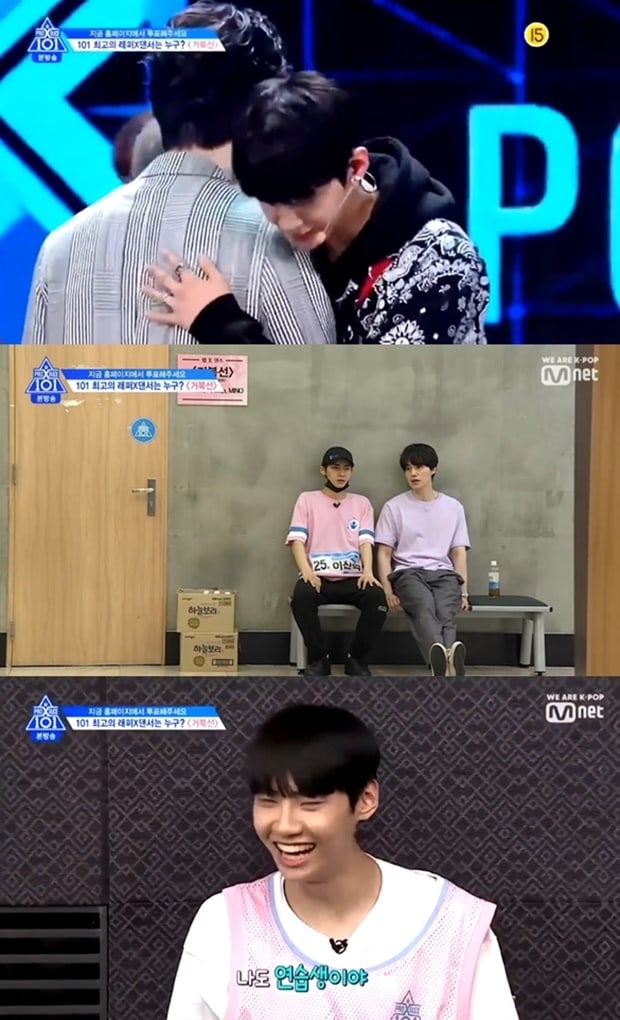